The King and I


I've lost count of the corpses
of those who thought I was a king
scattered 'round, ravaged
by gull and rodent

☝️ I love how humble this is, Lepp. Really.

Since
creation began
you have been
in my DNA
twin helix

so cutting you
would be
self harm

for i am
the river flowing
to your ocean

an ache of infinity 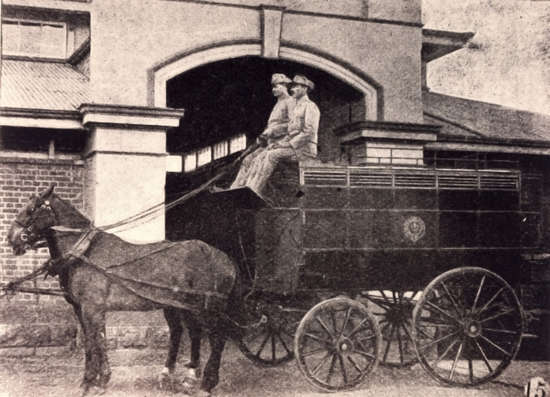 The Gothic, Mr. Sneeze. Cold in winter haunting souls of bones. And their misdemeanor. Containing ragtime trailing a treble low voice and bass. But it's only in the red Georgia clay. Listening to Charlie Daniels scoot his fiddle. Tasting the seeds of death's spiced infinity. Hearing the wheels of the squeaking Mariah carrying me home.

Death Row
Humans waiting for repels, retrials, residents kept in a long corridor, leading to a black forgotten hole
Time to repent, forgive, yet, living on borrowed time for their soul
This is the most sensitive poem I’ve ever wrote
The topic alone brings a lump to my throat
The words Thy Should Not Kill
Immoral choices in one’s life, does Capital Punishment fit a Life or Death bill
Taking one’s breath away bringing their existence to an involuntary stand still
Sealing the presence of their fate
For some, this is such a controversial debate
But wait

I have to go on record, not meaning to strike a cord
You live by the sword you die by the sword
You are there on your own accord
Three square meals given, plus room and board
For crimes of nature, justice has deemed your presence to be hidden, completely ignored
Never to be restored
A topic for me to thoroughly explore
This narrative comes down to two sides, you decide
I’ll just provide the scenarios, not the whys
The parent writing the letters, and the parent whose tears fill her eyes
Most people would say, life without parole should be enough for a person who has misbehaved

Spare their life, surely, they can be saved
Nine months of life she birthed and gave
Kneeling in remembrance as she now lays flowers on a young grave
For a thug with a gun on the run
Priors, juvenile detention centers, incarcerated at a young age
Read from off a lengthily docket page

In court, the Defense hollers a plea
No, a mother emotional outburst drops her to her knees
He snatched my child’s fun, who was playing on the porch in the warm summer sun
Sentence him to death
For all the nights I held my son’s pillow and wept
Your Honor, my son is a good man
Yes, he has made many mistakes, and yes this crime he has been accused of, I understand
I raised him the best I can
To place him on death role is so unfair
It is a mother’s worst despair, an endless nightmare
A grieving mother has no rights
Heaven have given my son his angelic sights

Your son should be punished to the fullest extent of the law, and then sentenced to die
I will never wish death of a child to any parent, no lie
But my son is now confined to the sky
You son still breathes
My son is in a grave, who I shall never see
I feel your pain, I really do
However, take an exception too

Two women both in pain
Who would you blame
Death over Life
Both parents living with daily strife
Tears from the grave Tears glimpsed behind bars
Resolutions for both sides, close but no cigars, by far
One parent wishing on a star for her nightmare to have a worthless life end
One parent wishing for repeals, new evidence to finally kick in

If you were in this situation, how would you see this
My opinions are private, I have to be bias and dismiss
My answer deemed amiss
It’s a preconception topic on my wish list
As you ponder this poem
No judgments in vain, so keep your thoughts warm
Some issues in life I just refuse to say
However, if some have walked in these shoes, most will say, hell you have to pay
Needle to veins you are hoping for, as a preacher forgives sins as he prays

Yeah, thou I walk through the valley of the shadow of death
Criteria for a new trial has been met
DNA does not match the accuser of the crime
Time taken away, expense of the taxpayers’ dime
Tears of joy
Tears of grief for a mama’s baby boy
No side wins
Therefore, keep your nose clean and do not succumb to any sin

Everything
Is in decent
Falling
Like gravity
No longer existed

semblances of a love poem ~ [vignettes of a side story]


#1.
caressing of my cheek
with the back of his hand,
pressing in tightly
lips to lips,
a
perfect
first
kiss

#2.
his
cadence
of authority,
the kind
oozing
nothing
but confident
sultry,
timbre'd in
pure sex,
whispers—
"Don't fall in love."

#3.
wiping away tears
as the tiniest
smile remains
'I. hear. you.'
echos through
the trees
s a i l i n g
to find you...there


All writing remains the property of the author. Don't use it for any purpose without their permission.
Posted: 17th January 2021 10:45am

a wooden X
marks a spot
where all are
stringed.

We never think
of puppetry
as butchery

our cycles tethered
sadistically to old hands
until the end.
Written by Northern_Soul (-Missy-)
Go To Page

I still get something different from it every time I watch it.

everytime I try
I fall back
to thinking about you
how it used to be
nothing ever stay the same
it seems
although
this heart is always about you
So...my friends
I'll cross the street
to avoid
How're you
and I'm fine
...just yet

The Philosophy Behind Religions
The universe to serve your Deity comes with various personal decisions
Ancient of Days, Father/Abba, Most High, Elohim, El-Shaddai, Yahweh, Allah, God, Jehovah and Adonai, and Abba just to name a few
Whenever you kneel and pray, it’s your King, you give spiritual credence too

If one’s soul yearns to get to a Heavenly resting place
Then one must find a way on earth to remain humble among falling grace
If so, then why are we separated by gradations of who we pray to on our knees
Spiritual enlighten doesn’t come with certain elements of insensitive degrees
Isn’t the common goal to get to Heaven, for me, as well as for you
Can you imagine the Creator sifting through earth, weaning out the wretched fools

No stipulations must be found to exercise earthly love
Slaughters of the innocence, Suicide bombings, Polygamy, nothing to make light of
Certainly, that creed of the mind is not ordained from above
Separatism in the Bible have been centuries foretold
Roman, Jerusalem, stone cities once patrolled
Pontius Pilate and Caiaphas doctrines consoled
Laws dictated to the masses to control
Son of the Father nailed who was sent to save lost souls

Found in a land once in time
Rulers preferred to incorporate blind eyes
The greater evil’s demise, forgiven, stepped aside to all, a surprise met with loud outcries
Preaching perfection
World peace and healing affirmations, non-discriminatory in selections
Three days of resurrection
In remembrance, is now our benediction from the blood of spiritual rejection
The foundation of spiritual awareness is its connection
Hittites, Girgashites, Amorites, Canaanites, Perizzites, Hivites, and the Jebusites
All had Heaven within their sights

Centuries later, of a world deemed old
The Ten Commandants is what the masses has now reaped to sow
Land wars over grounds to claim, makes one go insane
Does it matter to anyone, no one controls the sun, the moon, or the rains
Bombs bursting in air
Tears, confusion, in the name of religious despair
It never gave truth through the night
Not unless we hold hands, peace is not won through religion fights
That our flag was still there
Surrender your soul, only God’s words we should adopt to care

Atheists, within your mental rights
I cannot ever fathom your daily plights
Your biblical denial fights
Free falling without a net
But hey, that’s your dogma, and I really could care less, no disrespect
However, had we met
Out of water, God’s Angel stood among us, one drop to live, yet
Who gets the first quench to live and let
I’m still here, thank God not there
Someone else has went below thirsty, their self-created eternal nightmare

Ten Commandments, live by them
Religion matters, but then again
Too much discord, discrimination, and racial injustice in the name of sin
Strike that concept
It’s their kind of hatred they have learned to accept
Love, Love, Love
The only word practiced down here, and accepted above

Just as a candle cannot burn without fire, men cannot live without a spiritual life.

individual distinguished emotions
all felt within the time to type them out.

emotional states in the time of covid-19
a pandemic unloved story...


All writing remains the property of the author. Don't use it for any purpose without their permission.
Posted: 18th January 2021 11:00am

I found my one good pencil
snapped in two beneath
the leg of the couch;
I’m sure this is a sign
the woman should
buy more pencils

but I let it slide
into a terrible film
and incense
and a mug of tea made
to make the world
step the hell down.

Drawing is not
something I share;
it’s a secret world of doodles
and etches, and flip-decks
of leaf variants all tied up
in a little book used
to observe the world

and you—
you were the first person
I ever sketched out, hair
being most important;
wild stars entering all
on their own.

Thought about many things
during that evening

how I’ve spent months
blocking everyone out,
how I can’t handle people
the same as before

how hard it is to keep myself
fixed in one place

tonight I dwelled in the peace
of graphite things, in a way
never dreamed of
before you came

instead
I gently closed
the cover

my eyes.
Written by Northern_Soul (-Missy-)
Go To Page