ah, so
another one in the trap 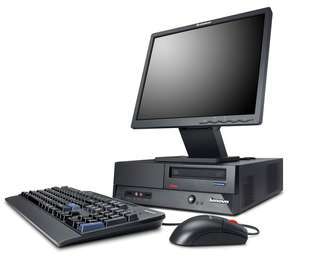 Numerous mentalities ruled by the doctrine of the Internet
Is this principle considered a sure and safe bet
Social Media, Cyber Bullying, both portrayed on the Internet, combine all three makes an unrighteous social threat
For some, a means to communicate, yet, have never met
A thousand Likes for videos or going live fights
Posts of a cheating husband or wife
Hanging oneĺs self captured images, and then posted in broad daylight

Social groups to engage the festered rage
Everyone asking of you to Like their page
Incidents, Occurrences, life glimpsed through a portal of transferring wires
Sign up for Social Media, immediate sight accessed once required
Shares, Likes, Comments
It doesnĺt matter to what or whose event
Nakedness of life caught on screen
More potent than wishful thinking or a wet daydream
Full exposure for all so it may seem

Transmitting megabits daily worldwide
A quiet usage of a never ending highway of information, conceived at the fingertips in no time
Technology most required and accepted hardware tool
Keystrokes, touch screen, a voice command for the wise, the meek, and the fool
Are we better off than we were before
When receptive intentions in the past, humanly knocked on our doors

Conversations spoken face to face, enjoyed in good-hearted grace
Now, itĺs about a screen chase
No emotions or Likes for anyone who takes a righteous stance
Vocabulary weakening the mind in an eye to monitor trance
No body-to-body dances
Itĺs all about keystrokes of non-physical romances
Visible screen shots, Skyping, Instagram
Who you see in front of you is who I am
Without merit, hell, I could be talking to a woman or a man

Incognito words typed in the dark
A spoken voice never to remark
Angry typing conversations going back and forth
Desire, Lust, displayed and then sent to import
In the past, flowers or a box of chocolates was given as a last resort
In the age of technology worldwide supported, behind its bitter use
Reducing the masses of minds, with lies, wagging tongues set loose
One send to all, your life is now on the line
Blinding wrath behind the whys
Fragile Emotions
Not an ounce founded of true devotion

A bullyĺs followers helping to maliciously spread
Laugher, jeering behind backs, ridiculed from what everyone has now read
Now blackballed Social Media shunned
A ticking time bomb, a Facebook loaded gun
The weak minds now hung
Lies, betrayal, pictures, could no longer go on
Likes, Comments, and then without a shred of decency, Shared
Parentsĺ rite has not even grieved the absence of a child she one bared

Times of today are so cruel, unjust, and gregariously unkind
The Internet, a mental tease to enthrall the mind
Give power to the wicked, the thoughtless, and the emotional blind
Social Media has no tears to shed from its eyes
It does not care about the posts or the whys
Millions of users, so many lies

This is the three nuisances that have bothered me the most
As the writer and the narrative host
This is a Nurseĺs wish list roast
Think about the words as you write
Never send anyone to their death, or stewing in anger when posting, itĺs just not right
Guide your mind to that divine powers that be, lock that spiritually essence inside that sets you free
Remember this triple threat discussed can be used at times improperly

The Internet is so big, so powerful and pointless that for some people it is a complete substitute for life.

if you want peace

soughing wind through leaves
melodies of life through nature
and I sing joyous
with hope of salvation
through revelations
...hoping you'd meet me there
in swirls of colours
holding out your hands
arms open wide

curtains fell, my love
no more hopes of rocking chairs
and purred lullaby
of an enchanted evening

Or so I used to think
yes, I used to
but its awfully quiet now
sanctuary's imploded
into nothingness

he died in the water

stirring emotions
i willingly surrender
to your love whispers

We drove from spring
across dead hills
of wild ice

searching
for clean snowŚ
mountains untouched
by foot and hoof,
only hovered upon
by black-caped crow.

Thereĺs history
on these moors

and drifts
blanket Earth
for this reason

Hold On... Never Give Up

Itĺs acceptable on the Heavenĺs Creator time
As we pray in the dark, yet at the rise of the sun we turn the blind eye á
Still believing in fate when we fall short to lead ourselves á á
The two-edge sword we weld with souls we have never met á á
Blinded tears, wicked thoughts permeate the mind á á
Lost, abandoned, mentally deserted, on the knees asking God for his mercy just one more time á á
Cascading water in the shower, cleaning the filth as we stand á á á
Putting on our clothes, heading into the world á á á
Wickedness festering in our hearts, impurity of unclean spirits residing in the core of woman and man á á
á á á
To the gift of the stars shooting across the skies á á
The illumination of the moon, finding the answer to the questions, however still asking unexplained whys á á á
Just hold on, glory cometh in the morning before the shores draw in the tides á á
Continue to sing to the Heavens earthly beautiful songs á á
Within the identity of mankind, confusion, the faith of hope dwindling á á
Trials, tribulations, sickness, despair is intermingling á á
á á á
Respite to weakened hearts, let thy weary minds bow heads in grace á á
What the eyes may see, the ears will hear, itĺs an optic illusion á á á
Weĺre all here by the creation of the seed, from birth to share, breath in spiritual space á á
Sacredness we unite no more among the human race á á
Yet, no preacher to lead, money been given for his mansions, his fast cars, our bills, rent due, our blessings to receive, now in his pocket, somehow squandered á á
The congregation, the synagogue, and the Mosque, nevertheless, you still see lost sheep wandering á á
á á á
Are we better off when we confess our darken sins á á
No man of cloth can forgive us, only our guilty conscious he hears as self-redemption is tossed in the wind á á
That is the Bibleĺs written wishes as in the day the world was ordained á á
Man made in the Creatorĺs image, his warp technology brings the masses who inhabit so much discord, grief, and pain á á
Toxins in the air from the clouds it rains á á
Polluted water from radioactive cancer agents seeping from companies filtration systems as the spillage into the ecological system slowly drains á á
Crops stained with manmade chemicals, altering our DNA to our mouth we partake á á
Birth defects nine months later, medical bills piling up, for the love of a parent, cannot forsake á á á
á á á
Political propaganda lies, give to charity, yet African babiesĺ skeletal, begging for relief through hollowed eyes á á
I will always advise anyone to love your temple with your heart, and pamper your intellect á á
No matter where your shoes will lead, tell yourself each day you rise unto a new day, Iĺm not done yet á á
Until your last breath á á
Safeguard your soul to be well received as you asunder this earth and spiritual infinity your psyche has met
Written by SweetKittyCat5
Go To Page

In practice?
mistakes are mistakes
some are minor; slight
and some are pivotal
in their ability to shape
a future forward
or stop it
in it's tracks

because needing things said
and finally hearing them
is more addictive
than any drug...


I became an addict.

and he was my drug of choice


All writing remains the property of the author. Don't use it for any purpose without their permission.
Posted: 12th April 2021 10:51am

On waifs and strays

When he was small
a woman found him á
and his siblings tied up á
in a bin bag by the river
á
I could only home one á
of the neglected cats á
while others dispersed á
to local families, farms, á
into the arms of children á
and doting adults á
that loved them to death á
á
and now he approaches á
his fifteenth year with us á
curling up in the sun, á
living his best life á
amongst chin scratches á
and bed hugs that are á
a million miles from á
the start á
á
... but you can still see á
the scars he wears á
á
yowling when we leave him á
even after all this time, carrying á
soft things around the house á
littering socks, flannels, á
underwear up and down á
the stairs á
á
he craves love of course á
but on his terms, and we á
have come to recognise á
when to hold him close á
and when to let him go á
á
we have seen his pupils á
dilate to black saucers á
when he fears the world á
lashing at legs, hands á
anything that might
set his world á
tumbling. á
á
To tell you the truth á
I recognise myself á
in his howling fits of rage á
as he cries on the landing á
then creeps under the duvet á
to purr contented at our feet á
á
he was lost, abandoned á
never knowing which corners á
were safe amongst sighsŚ á
never an easy creature to love á
but mine nonetheless á
á
and so I practice á
turning people into cats
because none of us know á
the shit weĺve been through á
á
none of us know á
that sweet relief á
when we close á
our frightened eyes.
Written by Northern_Soul (-Missy-)
Go To Page

there was
nothing better
than a cigarette
perched
between lips;
pieces of paper
scattered everywhere,
sunshine,
a pen

Written by _feral
Go To Page

together ~ in our
romantic intimacy
feeling sparks of love

So sick of the lies
This time, I let them all  know
In the end, YOU  lose