the line break IS the punctuation

the line break IS the punctuation

in a minimalist sense: the lack of a specific punctuation form and yet the clear suggestion of one via a line break

it is a punctuation mark

Joined 6th Dec 2015
Forum Posts: 2298
(in my opinion) A line break is a line break and punctuation is punctuation. Punctuation can be used to change the pace of a poem in ways line breaks can't.. and if a writer knows what they're doing, it can add a lot to it. Here's a good example...

What the Angels Left
by Marie Howe


At first, the scissors seemed perfectly harmless.
They lay on the kitchen table in the blue light.

Then I began to notice them all over the house,
at night in the pantry, or filling up bowls in the cellar

where there should have been apples. They appeared under rugs,
lumpy places where one would usually settle before the fire,

or suddenly shining in the sink at the bottom of soupy water.
Once, I found a pair in the garden, stuck in turned dirt

among the new bulbs, and one night, under my pillow,
I felt something like a cool long tooth and pulled them out

to lie next to me in the dark. Soon after that I began
to collect them, filling boxes, old shopping bags,

every suitcase I owned. I grew slightly uncomfortable
when company came. What if someone noticed them

when looking for forks or replacing dried dishes? I longed
to throw them out, but how could I get rid of something

that felt oddly like grace? It occurred to me finally
that I was meant to use them, and I resisted a growing compulsion

to cut my hair, although in moments of great distraction,
I thought it was my eyes they wanted, or my soft belly

—exhausted, in winter, I laid them out on the lawn.
The snow fell quite as usual, without any apparent hesitation

or discomfort. In spring, as expected, they were gone.
In their place, a slight metallic smell, and the dear muddy earth.

I use the line break as my punctuation often
I feel overly using punctuation stilts my poems
I want them to flow together cohesively...

what you've done there is enjambment pal and i know what it is but i will still tend to disagree.

i was awake and alone at 1am and this seemed important

There is madness to these methods !

anna_grin said:i was awake and alone at 1am and this seemed important

I remember those nights , from when I was younger...

Normally though , it was when I was on a psychedelic , Anna...

I remember those nights , from when I was younger...

Normally though , it was when I was on a psychedelic , Anna...

it might be this tea
or my odd shaped brain 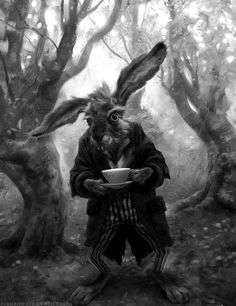 As I have said I believe ,

The image speaks for itself

tend to agree. by intent or  un-intent: the end of a line gives a reader cause to pause. thusley acting in a way punctuation would if it were there. no brainer

I kind of agree

edit: I think line breaks can be used as punctuation in a limited sense

all this validation
i knew I was right
🙄