POETRY SWAP MEET: Poetry we don't usually know about, or?

For the young who may not know too much about "The Beats". 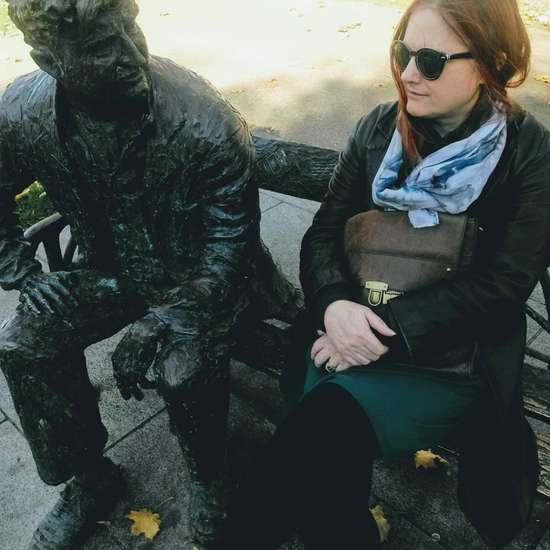 after Pasolini and Wilco

ever darker, dazzles it with Tcheky Karyo,

this drooling sky over yellowish attics whose

of the Tiber & Lazio’s turquoise mountains

The cash machine is blue and green

It spreads a mortal peace, disaffected as

our dreams, between the old town walls

(the autumnal May) For a bundle of twenties

do anything but stay in that foreign spot,

locked up still, among patrician

ennui while all around the rain stops 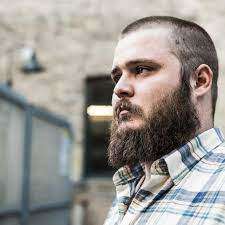 Neil Hilborn (born August 8, 1990) is an American slam poet who writes and performs poetry. His poems often detail personal experiences and battles with mental illness. He is best known for his poem “OCD”. 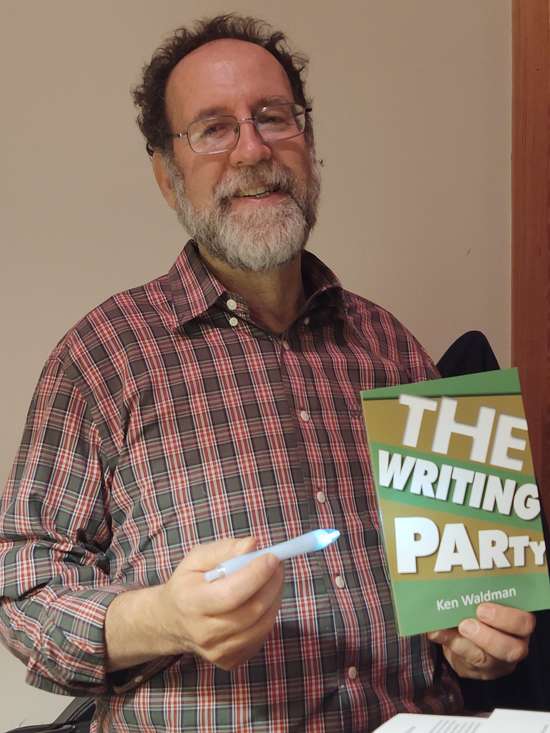 His nine CDs of old-time Appalachian-style string-band music include two for children.

His nineteen books consist of sixteen full-length poetry collections, a memoir about his life as a touring artist, a volume of
acrostic poems for kids, and a hybrid book that's part creative writing manual, part memoir, part full-length collection of
poems (about writers and writing).

A former college professor with an MFA in Creative Writing, he's been a visiting writer at nearly 100 colleges and universities,
a visiting artist at over 240 schools in 35 states, and has led workshops from Alaska to Maine.

Begin with dark thoughts. Add
bones, curtains, a sliver
of spiderleg to taste.
Throw in chickens without heads,
dolls with belly buttons,
toys in boxes. For extra
strength, sprinkle a few whispers,
several riddles, a sly bit
of nowhere. Simmer the mix
in factories between butcher shops
and schools. When set to eat,
assemble the world, and serve
-Ken Waldman

The belief-river rushes around her muddy and sloppy.
She twists and buffets like a cherished stuffed-bear
torn from a child’s grasp and thrown in.
He has died in war. She never doubted his death.
No fantasy could place his skin next to hers,
no illusion grow his curly hair,
no phantom restore his stone-still body.
Grief hurls wet and stunning.
Sleep all day. Sleep all night.
Stubborn, she won’t yearn for his frozen face.
Death happens to everyone. She discards his watch,
gets papers in order and signed.
The boulder Earth still spins no matter what.
She doesn’t dwell on regret.
Says goodbye quietly.
Ice has its allure. Winter protects her.
Docile and melted. She contradicts stages.
Stretches toward orphans and science.
Sharpens pencils.
Won’t let anger crack her.
She bursts through the rain,
finds unblemished wrists
and pale blue robin’s eggs.
She chews on ice-cubes. They hurt her teeth.
She puts on false eyelashes.
Buys sexy dresses. Swallows new-tasting semen.
Looks for flaws in all the faces.
She crushes rainbows.
Her desire to pray flies beyond the horizon.
She finally gets a Ph.D.
Flawless and bookish
she fools her new men.
She goes political. Carries placards.
Listens to progressive talk-radio, stays close to home.
Cries during passionate speeches.
Always on, like a humming machine,
she lives patient and trembling.
She’s drenched rough, tumbling past debris—
torn petals, bug parts, twigs like distorted stinging arms.
The river beats her as though she were guilty.
You talked about writing various kinds of work, and I'd want to share my opinion. When I was a university student, I frequently required assistance with my work, so when I didn't have enough time to do everything myself, I turned to https://www.nursingpaper.com/our-services/nursing-care-plan-writing-service/  . I was extremely happy with their work, and I believe it will be helpful for many students who, for a variety of reasons, lack the time to do everything independently.

Very powerful poem and atmospheric. I write in a similar manner of word arrangement.