A Question, a Quandary, Or a Riddle

Three weeks to submit your poem about life’s quandaries, questions, and riddles.
Competition will be judged by public vote

•May be new or old writes

•Must be written in poem form, no prose

•Poem must contain a question, a quandary, or a riddle

Victory is yours, son of Reyes
Blessed are you with abilities during this phase
The Raven's Curse has been put to rest
A reward earned by your best
The search is not yet over, however
For there are 3 more amulets to recover
The journey will take you to the sea
Where a village echoes a common plea
Joy and pleasure have been sucked from each soul
Only to be returned by payment to the one in control
This entity is different than the rest
It will place your will and determination to the test
It is a simple task if you prepare
If not, than accept your soul to surrender to despair
For there is no greater source of one's fears
Than within the dreadful Snake's Tears.

Location:
To the North, where the majestic waves roar
Bringing forth resources at a time of plenty
It is now a place where rain continuously pours
A simple sign of nature's misery.
Posted: 11th January 2023 2:58am

Anonymous
Thank you for confirming.

“Look on amongst the first of the things that you read,
And in the last five of three, therein is the truth buried!”

You wonder what secrets I hold; thus ask of yourself…
Do I truly wish to know, and learn what is forbidden?
Steady your nerves and prepare to cross the vast gulf,
Where the legend of the Holy Grail, has been hidden!
I once met a horse with two riders on an ivory saddle,
As I made my way through a wasteland seeking after…
Things of which secrecy has sewn shut forever my lips.
One of the riders slew a serpent that bore a gold rattle,
And the other spied a dragon coming from a far rafter…
The dragon passed to them the cup from which it sips.
I asked the riders if there was room upon their steed…
For one more pilgrim seeking things we sought as one.
They passed me the cup and bid me sip to fill my need,
And then I understood the meaning, of what was done.
The riders sped off across the sands lost in some haze,
Whilst I remained, cup in hand, to chart the emptiness.
I ventured thusly for hours that passed into many days,
Until I encountered a little girl: clad in a long red dress.
A pyramid in gold was etched upon her garment front,
Within which was an eye, which saw all mortal doings.
I bowed before her, and spoke of my quest ever blunt,
Knowing that she did not wish for silence or misgivings.

“The emerald that once was held by the cup incarnate…
Came to sit within the crown of Lucifer, glory to sate!”

No knight of the table round, I, but one of armor red…
To match the color of the girl’s attire, passing strangely.
Once, my armor was darker in color, but then I bled…
For I was wounded in spirit, and wandering aimlessly!
The child asked only that I follow her, and such I did…
Until the wasteland gave way, to a green grassy plain,
Where lay scattered about the bones of the long dead,
Their torments were lost to time; gone, was their pain.
And there the child asked me to hand her the fair cup,
Which had slaked my thirst when I was lost in a waste.
I did comply with her simple request, and gave it up…
Watching as she poured out the wine it held with haste.
The soil accepted that scarlet nectar, and drank deep,
Until those who were slain did rise again in living flesh!
Animals once so feared went calmly back to each den.
Red roses bloomed, wherever the liquid so did seep…
And at last the cup and the maid who bore it did mesh.
One blood, one form, one destiny born under Heaven!
The miracle of the transfiguration that I beheld sudden,
Left me speechless, before the majesty of the divine…
I knew then my eyes stared as my cheeks did redden,
Leaving me like unto a child in spirit, as reborn in time!

“The cup that is not a cup became free of the emerald,
As some said: the emerald is the Grail sent earthward!”

Suddenly, the blood of my armor was washed clean…
And it shone black as ebon night with streaks of white.
Only a sanguine cross, remained upon the front seen…
Thus marking me to my delight: of the temple, a knight.
Maiden and grail became a lady tall and fairest to see,
More beautiful: than any daughter of man born mortal.
For a time I came to know the joys of her company…
Until at the appointed hour, she crossed a rosy portal.
Thus did that holy vessel pass beyond simple telling…
Into the realm of legend from whence she did emerge.
To think that I had witnessed a miracle so compelling!
Such wonder filled me that it felt like unto a hot surge.
When all was finished, a golden eagle with two heads,
As large as a horse, the bird did pick me up and soar.
Arriving at a temple where I entered, hand on heart…
I entered a sanctum large enough for countless sheds,
And I met the two riders who toasted all I did before!
Merry, my journey was over as I had played my part.
Magnificent, I set my armor on a table there to rest…
Is the journey any less the truth, than our destination?
Grail knights are not born but made; put to their test.
Blood and light, entwined without any consternation!

“The emerald is not the Gail, and men seek in vanity,
Truth in deceptions, as the cup was lost to honesty!”
Posted: 11th January 2023 8:38am

Long before sapient tribesman ran,
armed with bow, cudgel, axe and spear,
across the veldt to rape and span
a virgin world in á few years,
extinguishing with curse and jeers
the fauna of that promised land
an ancient race stewarded earth
Neanderthal woman, and her man.

Who will honour our sister species
those who had Earth's first stewardship,
who left no tombstone just pieces
of fossiled bone and flint-stone chips,
those who worked with nature's needles
to sew fur cloaks and leather kilts,
but, who'll honour these people?

Will the one true church cast a glance
at this host of folk, all unshriven,
and with one wave of their magic hand
make as if in life, all christened?
These who left the land as they found it
and shuffled off without a bow,
when judged, who will be acquitted,
But, who'll honour,  Neander's now?
Posted: 11th January 2023 2:03pm

A mathematical interlude in three parts

i - LUCKY FOR SOME
Seventy-seven
divided by eleven:
forty-nine's square root.

ii - A PRIME NUMBER EQUAL TO THE SUM OF FOUR CONSECUTIVE, SMALLER PRIMES
Take a dozen, a trio and quintet;
multiply them to see what you get.
Then add on a seven,
divide by eleven:
a sum of four primes! Got it yet?

iii - VIVIDLY NUMERICAL
Take the numerals V, I and V;
add them up and then take away three.
Next, this number gets squared,
and then quartered (or shared);
the result's twice (two cubed) QED!
Posted: 11th January 2023 2:23pm

"You're nothing but a pack of cards!"
-- Alice's epiphany on discovering the necessity of
Reason
in  the comprehension of
Reality

But hop to Wonderland by any hole,
and plop your bunny buns at "WHO ARE YOU?" --
A duchess bored who baked a jelly roll?
The guinea piggy peppered of "Achoo!"?
A Tweedledum to Tweedledee attached?
The wheedled Tweedledumdee doubly dumb?
A dormouse dazed who left its door unlatched?
The hoar louse crazed whose theft ate up its crumb?
Dat scat fat cat that mockingbirdies mocks?
This hatter mad in padded pad and pate?
Some crotchety croquet queen lopping blocks?
One rabid rabbit gravid yet and late?
A lass who skips and flips on picture books?
An Alice who through thinking glasses looks?

a revolving helios sonnet shakespearean satire menippean on
the popular, sentimental, romanticized notion of
life as but a Disney dream park --
a wonder to behold

In this body,
That you and I,
Reciprocally share,
I am the most vital organ,
And yet,
When breached,
The most difficult to repair. 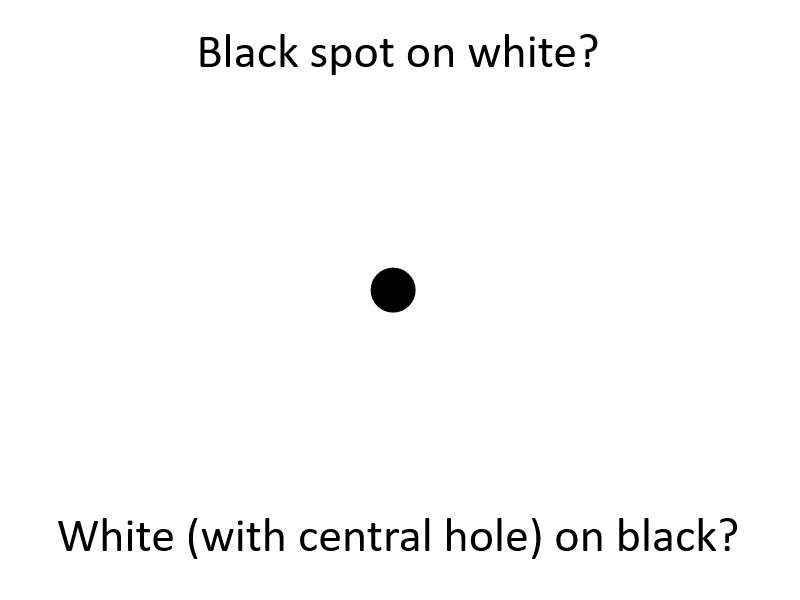 What does it mean to have lost you?

I want to demoralize your bones.
Dig up your dreams and
extract calcium from desert sands.
Feed your hopes,
cut your braids with a razor.
Clean the bitter corners
of your filthy mouth
and the remnants of sleep in the eyes.

Crystallize the pain
of the gallbladder.
Roll on the floor and
crumble in the dust of the ages.
Mirror who you weren't!
blue ribbons, white ribbons,
red ribbons.

I don't want to see what you didn't have
and listen your shamelessly cry
as you cover my skin with salt.
And the wind blows your ears...
The wind blows from the south and
the singing voice becomes bluer.

Nothing satisfies
nor will it taste when chewed...
And the swallowed
cannot fill the bottomless bag!

The eyes
looking for something in a hurry,
on the spines,
in the manuscripts
that could have answers.

Do not approach
to judge.
Don't get involved
to get in the way.
Set me free to perpetrate
my heinous crimes...

And what the fuck
is this excess of lack?

This is your golden egg

Welcome to this workshop, we will begin in each moment
Sit down, stand, lay, but listen, be open
Most of you are here because you sought a key

not having access to the science and history called happiness
many teachings have come before you teaching you that this
what is, if it is, was yet not possible
you thought we knew

a book has been written by voices in your head
do you believe our ten toes and fingers
represent all qualities of energy?
Do you believe in your visions and values?
Only 5 hours left for transformation

perhaps you have always thought you were your body
your story,  your future, friend or foe, foe or friend
that you were worse or deserved better
you wanted to get the hell out of there

and
now
you
are
here

Internet savvy
You just bought yourself a Ghost town
Nice description, photos
So you sell everything, pack your bags
And go.
The directions are quite clear
You get at the final destination
So says your GPS....a GPS does not lie
But there is nothing but deserted land
Where did the Ghost town go?
Posted: 12th January 2023 11:29pm

A gatekeeper
ectodermal of layers
nonchalantly soft, tender and smooth

Now on the floor, spewed
in pallor mortis of a fine cocktail
dry and shriveled in dismal putrefaction

A justifiable indignation
rotating hands of the clock, counter-
clockwise.  Will it ever rest on the six?

Who Do I Trust?

If Judas betrayed Jesus
Who can we trust to be true?
Keeping our heads on swivels
Is what we all must do