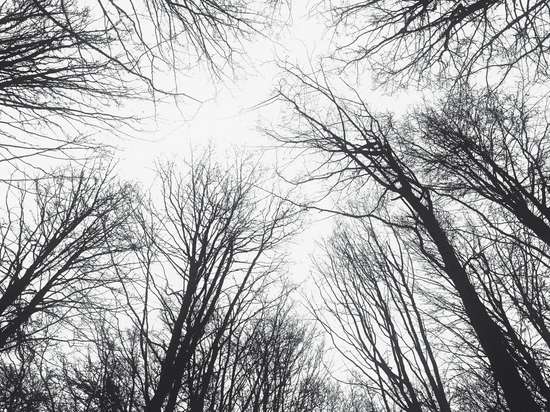 Listen to a piece of Classical music

Write words inspired by the music

Debussy's La Plus Que Lente on violin inspired me to write:

The greatest resource is the human mind
So many are wasted

Elgar's
Pomp and Circumstances
Make you stand up straight.
Written by robert43041 (Viking)
Go To Page

Murmured magic and dances among stardust


All writing remains the property of the author. Don't use it for any purpose without their permission.
Posted: 6th June 2022 7:30pm

For exams I played Allegro, enthusiastically.
For funerals Adagio, elegiacally.
For auditions, Rondo-Allegro, always hopefully.
My soundtrack: your concerto, most befittingly.

I wrote this a while ago, but thought it fitted the brief. James, please let me know if that's not allowed, and I will remove it.

A small boy in black shorts and plimsolls,
shoots roots through a dusty
herring bone floor, and his tree
begins to grow, seeking out the sun.
Peaceful Venus plays a light breeze to
ruffle his leaves as he grows again,
a glorious oak swaying in the wind,
torso twisting with age.

His breast pushes out and hands flap,
fingers flutter, tiny wings hop from branch
to branch inside the large old oak,
the bird reaches the top and through
pursed lips, it chatters its message
to Mercury, and the forest below.

The needle lands on Mars,
two halves of an eggshell split,
the creature emerges, slowly
the dinosaur grows, its head
thrashes and jaws gnash, it prowls,
over lush green fields and waterholes,
he feels the tremors in the ground.

The old man is bent double,
shaking, his walking stick taps,
taking slow steps, out of breathe
he crumples like a dying petal,
and follows the light of his passing
caressed by the rings of Saturn.

The sorcerer commands
his wand and the elements dance,
spinning and weaving, large looping circles,
trailing comets across Uranus,
washing the night sky with colour,
each stroke grander than the one before.

Speakers crackle as the diamond returns to its post,
his breathless journey across the planets complete.
For the first time his mind is alive,
conscious of its own creativity,
and the wonders of imagination,
for the first time he sees inside the music.
Written by Razzerleaf
Go To Page

March to the Scaffold

Joined 24th Feb 2021
Forum Posts: 7
Thanks to all who entered thus far.  I hate rules.
It will go to a public vote.
Regards
James

A thousand stories shine
on honey skin and the tips
of hungry fingers and the weaving
of hips through starry skies.

She spins her safety on the scimitar,
beautiful and terrifying equal measures
coursing lifeblood and memories
through her veins.

Miracle of the Valkyrie

- Miracle of the Valkyrie -

Lo! Hark well, as the trumpets of the gods do resound with a mighty blast...
Black blowing storm clouds gather all around, deepening shadows to cast.
A great warrior hath fallen, aye, as was one who was both noble and brave...
The winds do howl for him, oh they howl, as they blow in a ceaseless wave.
Behold! The very fabric of the sky doth part, asunder like unto a delicate veil...
Golden rays of light shine down from on high, for the knight whom we do hail!
Heaven sheds not its’ radiance ever once foolishly, nor without good cause...
All is fallen silent upon the Earth, upon the land, in a mute and fateful pause.
Hark! The moment passes quickly, broken by the melody of sudden song...
Angels of a warrior sort descending astride armored, winged white steeds.
Men hath called them the Choosers of the Slain, who right death's wrong...
They are those who were chosen by the Allfather, to fulfill Valhalla's needs.
They circle now lower and lower, their brightly hallowed spears glistening,
Held aloft in pale and slender hands with all the brilliance of the blazing sun...
Swiftly do they land by the prone, lifeless hero, for they have been listening!
Now, as if in a celebration of their joyful grace, is their sacred task begun.
See! The maidens of wondrous Valhalla do open once again, his clouded eyes...
With no ordinary kisses do they by angelic art restore to him his life's breath.
The dead live again, and the fallen knight’s arms reach out to touch the skies,
His eyes hunger, to embrace this miraculous undoing of the power of death.
Thunder doth rumble even unto the mountains of Odin's unreachable height...
The fallen champion rises up on far stronger legs then before, to walk again!
Laughing is his voice, aye ever lustily at that, at the passing of the long night.
His body, now rendered immortal, hath the power to instantaneously mend.
Now! The Valkyrie prepare to leave, and take with them their resurrected lord,
They snatch him up, like a fish from out the sea, and return to him his sword.
Away they do fly, beyond the reach of time, and across the voids of space…
Unto the domain of the gods themselves they go, into Asgard's eternal grace.
So! Let Valhalla receive one more heart, as worth ten to the gods in number...
The deathless legion of Heaven's hosts, his brilliant armor shall not encumber.
Demons, devils, and giants’ spawn; they shall know, the terror of his power...
When Ragnarok, twilit fallen, hath come at last, in the fates' appointed hour.
We who yet live and bear witness thus, look above us, and stare in wonder,
Eyes gazing with fear and also with curiosity, at the passing of all the thunder...
Hearts beating like drums as the storm clouds do roll and drift, fading away:
Restoring warmth and light, only light of this world alone, to chill of the day!
Golden Valkyrie, what shall thou do for me when my time is come to so die,
Will thou be there, as thou were for him, to bear me aloft, to then sit on high?
Mayhap I shall sit secure with thee astride one of thy steeds of snowy white!
Will thy sisters and thee, to me descend and like majestic eagles thusly alight?
When the fates have deigned that it be time at long last to cut my life thread,
Wilt thou lay thy lips with eternal kindness and mercy upon my fading head?
With thy sweet kiss like a mother’s or even like a lover’s upon my mouth…
Will I so be revived in some greater form, by warmth greater than lies south?
Would it not be a most fitting end indeed, to append unto my very final story,
Were: I to ascend in a glorified form, to take my place up in heavenly glory!
My warrior queen’s sword raised high in one final act of triumphant victory,
My body borne aloft: on a winged steed over every land and over every sea.
Then the angelic hosts will cry: “Let the trumpets of Valhalla send up their call!”
As twilight descends and I am welcomed in my true majesty: into Odin's hall.
There: to pass in poetry and story and song, and even battle, a fair eternity...
Enjoying the fruits of Heaven, in contentment and in a never ending revelry,
All at the side of others of alike spirit, all at the side, of my golden Valkyrie...
That would be perhaps noble reward enough, aye paradise enough, for me.
In the eyes of the gods, who look upon all souls with eyes that do truly see,
There is not for a warrior grander honor, nor can there be a nobler destiny.
Written by Kou_Indigo (Kara Lucielle Pythiana)
Go To Page


Strongly inspired by Wagner's Ride of the Valkyries.

Joined 21st July 2020
Forum Posts: 2207
Thanks to all who voted and entered as well as a big thank you to James for bringing the competition into being with his excellent idea.

Congrats, MissPoppet on your well earned win for such a fantastic piece.