Poetry competition CLOSED 24th January 2022 8:29am
A public vote has been requested
Page:

The Poverty of Your Reality

Write a poem based on the competition title. Simple as that!
New writes
One entry
Any style
No limit on word length
Have fun!

The Poverty of My Reality

Midsummer season on my wintry lips,
these modern symptoms from antiquated sorrows.

The sunlight of acceptance,
the midnight of isolation.

Youthful blushes and the wrinkles of experience,
I have the free will to question my fate.

This wealth of imagination,
and the poverty of my reality.

The warmth of trust in my own creativity,
and the cold of envy I have of normality.
Written by gothicsurrealism (Daniel Long)
Go To Page


reality of
being a hermit hiding
from the world outside


Written by AspergerPoet56
Go To Page

The Poverty of my Reality

Mr. Brimstone
"Life everyday swings on everything that blinks and talk
Squat to shit and on legs either crawl or walk,
"But those who eat ass will eventually catch a parasite
Becoming infected from the shit sandwich they wanted to bite,

"For some its an anticipated taste
Enjoying the disgrace like a golden shower to the face,
"Because the nasty side of living always has something to preach
On the same bullshit level that religion tries to teach,

"If your hearts good, but you don't go to church-it ain't right
So I guess fuck heavenly light and prepare for hell's eternal night,
"Religious doctrine twisted by the humanity of man
From the moment of our input we became damned,

"Shit. Many feel confused and neglected from dusk to dawn
By government, religion and the media who drop their own type of atomic bomb,
"Under the mushroom cloud we unknowingly continue to party
At that moment we need to question-do they give a fuck about anybody?

"A fuck boy president about to catch an impeach
Stupid like a black person wanting to be white-so they bathe in bleach,
"No matter how much you scrub the skin, we're all born of sin
Because motherfuckas, death will never have a friend,

"Cussing, because it's a connection eighteen years plus
Numb will be my income, because child support doing to much,
"Truthfully I don't really give a flying fuck
Because mine will be cared for even if baby mama pussy migrate to new nut,

"All this means is that condoms and birth control had to take a leave
While I jackhammered the pussy until it squirt or bleed,
"At this moment somebody is playing in a pussy playground
Or if gay getting balls deep in the doo-doo brown,

"Personally I can't worry about a person's rhyme or reason
Because every moment of life is considered 'motherfucka season',
"Look behind the dark comedy curtain at our lost hope
And tell me the worst thing you experienced, was it a fucking joke?

"Rape, murder, death or financial lost
Was flesh, mental instability or your soul the fucking cost?
"Regardless if you were or were not the cause
Remember from birth to death we all shit the draws".
Written by CasketSharpe
Go To Page

I do not belong here
poolside with martinis

Glancing over shoulder at the times I thought I could squeeze myself in boxes ubiquitous
Only to find myself looking at loose threads and snug buttons
Edges overlapping
Pages stuck together
showing that it just. that   I just.  did not    was not part

Proof of an otherness

I am human.
Thats a fact.

If I show too much emotion I am attacked,
with words of judgment.
Leaving me questioning their commitment.

Sending me into a cyclone of doubt.
Constantly dealing with the ups and downs.

Alone I face my battles because I cant trust anyone to stand by me.
I once trusted someone reluctantly.

But he broke my heart.
Forcing me to restart,
and face these battles alone.
Lately I don’t even know why I have a phone.

The call list is empty and messages unread.
Sometimes I wonder if they’d miss me when I’m dead.
Written by TrueLover (Meganne)
Go To Page

beloved beings of honor
singing quietly to me
I keep rhythm with their need
altering my vision until I can see, truth 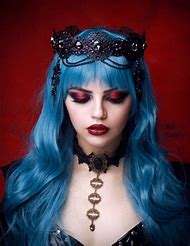 Another Edge to Sanity

Debris scattered faded wood
My life creeks a bit when windy
Stones too heavy on the left side
right side, too dependent
on dreams to be dependable
It's all too difficult
in black stilletos
I prefer bare feet

Peaches crowd out apples
in winter leaving canning jars
half full
Weevils weave their dust through sacks of white rice, I see them
move with each bite.
Used up tea bags stains my walkway with ink blot images
that resemble you

Without, never intended
to create sorrow it was there to build strength
Lack doesn't predict livelihood
Less is always more
Inside these shattered walls
despair has taken its exit

If the well water runs dry
I shall dig deeper
Corrosion is not destruction
when too few pennies turn
a lovely shade of blue.
This mind falls off  it's many
points of sanity
Again I will grab hold
of sharp edges
And make it to the top
The Poverty of my Reality
Written by Valeriyabeyond (Dhyana)
Go To Page

There we were, enjoying a great family summer day
Kids laughing, splashing, and jumping into the pool
And while swimming back and forth I had an idea
I thought I’d show my kids how I can still be cool

But in reality and what the video proof showed was…
A forty-year-old man doing a slow princess twirl
Arms out like helicopter and stopping for a second
Because he got dizzy, fell into the water yelling like a girl
Written by wallyroo92
Go To Page

I'm poor, no shit, but that's how it goes,
not like I can change it, wait, maybe I can,
but I've been told otherwise many times.
I think I'm starting to wake up, but maybe
I'm not, I'll see soon what I truly do believe.
For now I'm going to dive in and put the time in
to start thinking of what I need to do to get out
of this situation. I have no idea what I'm doing, but
I'll pretend until something gives, though I know
with that mentality I'm not going anywhere soon.
I've been on my own since age nine, well, mother was
there but working two jobs what was she supposed to do?
Dad? Let me move on to something else, what's for lunch?

The Poverty of Our Reality

As childhood innocence gets snatched away
Still masked for yet another sad birthday
Kept distant from their friends and family
To bloom alone in social poverty
Division festers while our leader gloats—
The old fool cannot even read his notes!
The sainthood of his cronies self-proclaimed
Whilst propagandist hacks divert the blame
Our judgement nigh—Alas, Babylon!
Whilst mindless servile lackeys come to fawn
Their freedom cast before your tattered throne
Whilst men of honor, stripped of armor, groan
I pray the light of truth will bring about
Our people’s will to cast those rascals out!