Write a poem concerning your battle with mental illness. The poem can also concern another’s struggle.
New writes
One entry
Any style
No limit on word length
Spill your emotions out!

That pulsating moon glow within,
The lantern of my soul,
Barely illuminating a strange, dark world.

The supernovas within my eyes
Ignite the veil of psychosis,
Torching all the delusions,

Revealing reality,
The light within the dark,
The obscurity of the twilight.
Written by gothicsurrealism (Daniel Long)
Go To Page


psychosis heartbeat
stronger in the void ~ that the
mind can conjure

A tormented lost soul, nobody knew of the evil within/
All alone out in the cold, they would never let him in
Hoping that he would fold, so not to publish their sins/
His soul had been sold, so I guess the devil would win
Scratching at his skin, as if to make the hurt disappear/
Only to hurt himself further, and for the fear to reappear
In the mirror he see's Satan, but society just see's him as lost/
He knew their lives would be forsaken, like Jesus on the cross
Life had taken him to a crossroads, four choices to choose/
But he couldn't ignore the voices, who controlled what he do
The little angel on his shoulder, was being raped by a force/
Appearing with the head of an owl, and the corpse of a horse
All the while warping his thoughts, making him think the deepest/
To commit crimes of all sorts, against the fools & the weakest
So he called out to god, hoping that the lord would defeat this/
Only for him to tool himself up, and chop these fools into pieces.

There are some out there in need of a huge break.
A vacation from the day to day struggles.
Hope becomes a challenge for people that can’t control themselves.
Overloaded with aimless energy.
Life becomes scary to those unable to roam free.
Understand where they are coming from.
Correlation and understanding is an important part of their recovery.
Serving those in need like they were one of yours.
Written by ClearmindedVillain
Go To Page

And sometimes I don’t like the way it flows
I get away from rhythm and syllable count
I feel it growing, rising, then thar she blows!
Prematurely, it’s a problem I can’t surmount

Oh yeah, remembering to take these meds
Well, they’re more like every day supplements
I keep devising but then I lose my threads
Hence these spontaneous writing events

Or are they rants?
like I have ants in my pantaloons
An itch to bitch and complain in vain verse
It’s probably because I feel like an old buffoon
Silly maybe, but some days I spell out the worse

I think it's double you you are is tea, damn this pen!
I thought I had a title idea but where is my mind?
Dang it, I lost my train of thought again
Oh well back to work, I don’t want to get too behind
Written by wallyroo92
Go To Page

Unstability of the Dancing Illusions

“Medication that they give me does not work
My muscles twitch and my body still hurt,
“Unstable illusions dance always across my sight
Check please! Because a fool like me ain’t right,

“‘Nerves constantly shot like a motherfucker
Having me send letters to mama saying I love her,
“But she refuses to respond, treating me like dried piss
So she can suck on my ass and choke on the shit,

“Even at my highest point-I still feel at basement bottom
Just like a suicide bomber the police know they have to stop em’,
“Showing the non-believers that I’m mentally lost
Not caring about laws I really don’t give a fuck about,

“Diabolical delusions make me cause my own contusions
Now at this point any help I’m refusing,
“Fucking with me is summoning a shitstorm of hell
Truly unwanted like bills and junk mail,

Where were you? I don't get it. Oh. sorry, I will also get my pills. Regards, Robert.

Is it a poisoned well?

How many raising the umbrella,
before the thunder comes.
Weather men they turn and turn about,
not hear psychosis rage and needs to spout
and sanity is overwhelmed
easy platitudes of pros, a vain novella
when lightening cracks, the plain hum-drum
crust contain, lost stanzas a cappella.
I ask you time and time again
the discourse come to heal the cracking grout
to hold the pen and stab in rage
is it just a placebo, a falsehood walk the bridge of terror
the cold resolve of boiling blood, play that golden lyre.
Scraping the barrel on each page.
Will you stand on one side of the scales
throwing words, across to the scoop
find the balance on poetry's high wire.
To break the chain, the minds twisted bent entrails.
Swift eagle in its earthward swoop,
diving from despair, with a soul unbared,
Searching for the solace words provide
face imploding storms. soldier on and no desist
skeletons of yourself, the turmoil born inside
tracings scribe, the essence to exist
Written by slipalong
Go To Page

You love me to life, you fill my soul.
You come to me seductively, you quench my lack of self control.

When night time falls and​ I try to sleep, you are there to hold me tight, I'm yours to keep.
Dancing 'round the moon under your spell, you ​seduce me, but I'll never tell.

From long nights in depths of confusion you remain ever committed to your abusive mission.
I heed your addictive assault and hurry to open the gate.

Come in, flood my mind, wander with me through the corridors of time.
I'll always be wired wanting for more, come to me, fill my insatiable empty core.
Written by Elenore
Go To Page

I wonder what they really look like under the façade?

I write, I sometimes wonder if it's a mistake
making my thoughts all too visible
under a microscope my most vulnerable feelings
while callous observers pick them apart
I believe this place alters according to your ideas
so careful now. don't reveal what you know

funny thing the mental health system is called behavioral health
it's not too hard to see,
the mind control 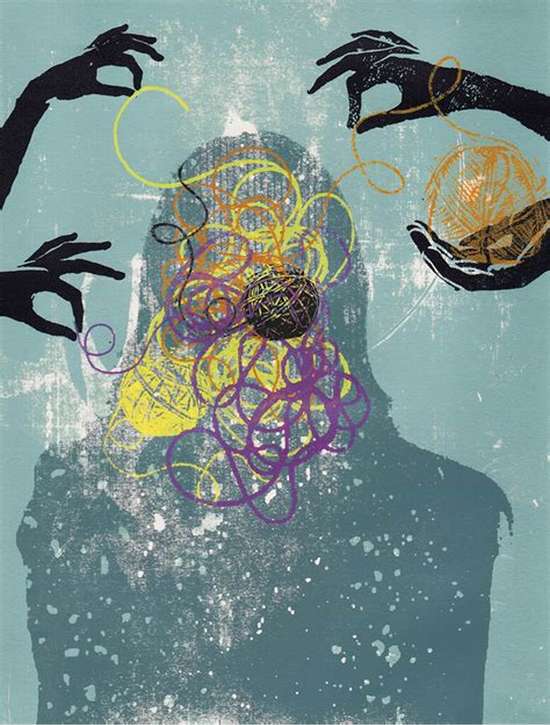 ...and there the tormented poet creates
his poems
snug within his pain
Written by Grace (Idryad)
Go To Page

Is it Raining Where You Are?

Wings of fireflies raindown
then turn , into spinning arrows
of glass that stick to my lashes
as I look up to catch the flavors
of their colors.
See them pretend to be beautiful ?

I am beautiful
when left alone to be myself  Everything about this world changes, all of the tarnished memories sit, magnified
under a clear dome.
Confused  about their role
iin my life, they dsappear

Disappear like landlocked boats perched high on the desert floor waiting on the ocean to carry them to freedom
just as daydreams assist me
in my struggle to set aside
the harsh realities of life and love,

Love,  do not replace it
with the shiney  rearview mirror
leave it
Let me polish this world
the way I need to
Then
I will sleep in peace and wake each day with my head high as lillies do
Written by Valeriyabeyond (Dhyana)
Go To Page