Write about a moment of darkness you've experienced in life. 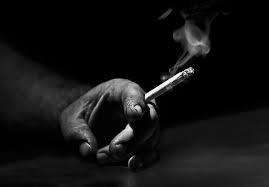 Write about a dark moment in your life. Be it lost love, addiction, homelessness ect, make it classy, use your metephores.
Im looking for freeverse poems with a focus on poetic device. Simile, assonance, consonance, alliteration, find a good metaphore and build on it. Use the tools, Give me something unique and wonderfully dark. Take me along for the ride.....

oh loneliness
porcelain echo
beauty from
the brow
of your eyelids

and no more
my head will rest
against yours

one day my skin
will grow a tree
oh  guardian

savior and savage
love could never loose
the ardor of adoration

a dissolving meaning
no greater mortal wealth
abide the stars

the genes of life
preserved art
a death chamber

I said," I will always love you until the day I die!"
You want to test that theory because of the hurt I caused.
The blood of love is what you're after
Why don't you just take a knife and pierce my heart
Watch me bleed all the love that I have for you,
As it seeps through the cracks of my shattered arteries.
I start to choke on memories of our love
That's not good enough for you so you slice my wrist.
Now blood is gushing from my body
You feel the love that you always wanted.
Standing there watching me bleed to death
You're still not bothered
You want more blood you want more love
So you smash me in the head with a bottle.
A smile forms on your face you can see the love you wanted from day one,
With my last breath i whisper now can you see my love
One tear falls from your eye and you respond," This is all I wanted from the start, to see your love in blood!"
Posted: 6th August 2021 3:35pm

A rattle; a shudder.
I turn and face... nothing.
For a fleeting moment,
Confusion reigns.
I pause, then pick up
The threads of today.
A life - infused with colour,
Discourse, demands and distractions -
Drowns out what I know deep down is real.
Later, in the stillness,
It beckons me again,
Only this time in silence.
A presence rather than a sound
Draws me back towards the box.
It's been a while;
I'd almost dared to hope
Its grip on me had vanished;
That the power within had died.

When those weary days were done,
I placed them all inside the box.
Their minutes spent; their hours full -
Too full to hold inside one mind;
Too intense for a mortal to contain
Their colours rich and dark
As images swirled and merged and pooled like blood.
Summer scenes of countryside and friends
Turned ghoulish on the pages
As the ink spread out to reveal
The images of nightmares.
I picked them up and folded them together,
Their burnished edges catching at my fingers
Even as I gently folded the pages,
Stroking them closed
As though to calm the horrors within.
I placed them in the box
With plenty of space to breathe.
I sealed the box with steely threads
Fashioned from Determination and Will,
Then tucked it away on top of a cupboard
Where it would now remain
Quite pacified; no longer volatile.
And then, with time,
It grew silent, still.
The pages' fractious energy was spent -
Burnt out -
And life could once again resume.

I stand, and pace the room
Face upturned to survey the box.
Its contents draw me inexorably:
They will not rest
Until I reach inside
And view them once again
In the fresh light of today.
I tremble now, unsure what I will find.
Have the colours mellowed with age;
The images composed themselves
With the benefit of hindsight?
Or will those pages once again unleash
The horrors they once held?
One thing I know for sure:
I will crack open the box
And peek through cautious fingers at the pages within
Before they burst their shackles
And explode from the box all by themselves.

Depression, akin to a common fly,
emits a dull buzzing that protrudes the skull.

Still it does so with, in it own way,
beauty,
to decompose that which was once living beneath the flesh.

A buzzing, a tearing, a gnawing into skin
into flesh

A maggot? An egg? A thought in my head?

Once you lay down to accept the dead. They hatch, slither, encroach, leaving you like lead.
For why else would a fly bore into unneeding flesh and retake whats left in the bones.

Soon to fly, to be one of them.
Maybe that is the answer to the end.

Where we are and where we've once been.
We'll become the maggots festering within the bones of a friend.
We, as well as depression, a fly on the wall, soon to lead our friends to the decaying fall
Posted: 7th August 2021 2:27am

I masked the hurt with anger and looked for revenge in the most spiteful way,
Not knowing that from that day forward everything would completely change,
And in some strange way I didn’t grasp the damage it would do to all of us,
You grew angrier and I somehow found my strength buried under all the rubble.
But first I had to dig through all the debris, the guilt, the everlasting shame,
Taking all the blame because it didn’t really matter who set it off at first,
Because your verse will always be different than mine, I know I did wrong,
But as long as I had my baby boy, even though I was lost I still had hope.
I didn’t want you back,
How could I? I wouldn’t want myself back if I had done that to me,
And no matter how you see it, I too was so hurt the way it all went down,
Razed to the ground, we were a mess but those were the choices we made,
Had I stayed, there was no telling how much worse it would have gotten.
Maybe it was for the best, we had grown apart and my heart wasn’t in it,
It was my fault, I never should have started, I should have been more honest,
I broke all those promises when I strayed away and brought your wrath,
It was a bloodbath,
But you knew me, I was that type of guy to help you build it and then destroy it.
Posted: 7th August 2021 8:17pm

Sweet chai is brewed.
Rain hits slate in rhythmic beats
over and over, the skin of the roof
glistening in grey hues.

This is where sky meets river
amongst spluttering gutters
out into the streets,
down into frothing sewers.

Today,
I find an echo

of storm;
of a thousand clouds
wringing their tears
onto a pavement
cold in loss.

Today,
I find an echo—

Another night, another fight
I'm in my room, I'm full of fright
So much stress, so much pain
I wish it all would go away

Do you even care what you've done?
You hurt your wife, your daughter and son!

Another night, another fight
Kick and scratch, claw and bite
Why did you cheat, why did you lie?
You make me sick, you make me cry

Do you even care what you've done?
You hurt your wife, your daughter and son!

Another night, another fight
He throws a left, he throws a right
A broken nose, a bruise and scar
Is this the night that it goes too far?

This shit's been going on for far too long
It's time for you to pay for what you've done!

Another night, another fight
This is it, it ends tonight
You've gotten on my very last nerve
You're gunna get, what you deserve

Do you even care what you've done?
You hurt your wife, your daughter and son!
We're not taking your shit no more
Tonight you're gunna wind up on the floor!
Posted: 8th August 2021 9:38am

picking up cold callers
hoping for an interview

i think of
curing my insomnia
with lettuce tea,
knocking myself
into peace
for a good eight hours
if it's
willing enough
to catch
a body that never
quite matches
up to my
mind,


these
nights are stretching me out
longer than usual;

i leave
the TV on mute,
let images flash
in a glimmer
of hope,
i never dare cry
as others
probably think
i should do
instead,
i drown
myself in
fog.

Dreaming while am sleeping..
I prayed and cried for this feeling..
In all my sensations..
I need clinical operations..
Struggling to find ways to get my next meal..
Made ways hazy to stamp my own seal..   Going at this level turn me into a rebel..

Don't ever think I'm repenting..
I feel like I was every one's attorney's arch enemy Moriarty..

I suffered a brain mildew..
Even before I withdrew..
My life is Tik(ing) my mind is Tok(ing)..
My heart is beating..
My hand is rhyming..
This is how shortest trip is the journey..
Welcome to the devil's party..
Allowed in only holy and unholy..
Only saying this coz I'm accepting..
However much I feel active..
It is coz I am your captive..

Don't tell me I don't know the culture..     Here see my marks of so many sutures..
The place I need go sightseeing..
Sign board looks so real..
The destination is blurry and surreal..       My life underwhelming as I keep overdosing..
My surge to snub you..
Clash with my urge to smoke you..
Ecstasy is et cetera..
Tired of this soap opera..

Only for this vodka I deserve an Oscar..
I tried (Twist)ing around looking sober..   Inside me is this hunger like Oliver..         Even Brandy knew I'm such a rowdy..       Effects of this Tequila distance me from any tranquilo!
Don't tell me effects of whiskey are not risky..
I drank so much gin in Guinea till I forgot I'm a Gemini..
I know my demeanor is full of sheer bravado!..

On my neck signatures of ligatures..
Baby doll please don't read these chapters..   Even when I hung from these rafters..

The bird of hermes
No complete metamorphosis shall take place
Forever cocooned inside, never to see the light
Fallen prey and victim to circumstances

An abortion of thought
A decay of state,
A life never to be lived
Dreams never to be realised
A barren flicker of hope
An parallel flaw in the course of nature
Done and never undone

A born blasphemy to God,
Punished for no sin
No light to touch the face
From the obyss to the grave
From emptiness to damnation

The bird of of hermes
Wings clipped to keep me tame

In heavy rain
beneath dripping branches
we dispersed you,
watched you watered down
swirling into eddies,
sinking into the ground.

You'd burst bright into life
all pink and white,
our summer still waiting
for your first smile.

I'd like to think it was sunlight
through the white blossom,
that found the corner of your mouth
and snatched away your breath,
but they never really told us.

In the quiet of our home
lemon walls were waiting,
the farm yard mobile above your cot
clicked on,
a single chime that made me
close the door.

Today, I pour myself some tea
and look to the garden,
the trees, now fully grown,
have quietly laid down
their blankets,
giving up each short life
to help keep you warm,