Monday, March 06-08 is International Women's Day
(IWD )! The organization will be celebrating its 110th year!

IWD grew out of efforts in the early 20th century to promote women’s rights, especially suffrage. In its campaign for female enfranchisement, the Socialist Party of America in 1909 held the first National Woman’s Day, which was highlighted by mass meetings across the United States; the day was observed until 1913.

It has since grown into a global celebration! All Women are called to use their intellectual, nurturing, and creative skills to move the world from where it is now to where we believe it can be in 2030. IWD is an annual catalyst.

As a participant in the IWD events, you will be aligning with the Global Women’s Movement. Women worldwide will see you as one who cares about the well-being of women; someone who wants what they want – a more prosperous and peaceful world.


Submit a poem ( or two ) in celebration of women. This competition is NOT limited to women; men are more than welcome to join in the celebration by sharing from your perspective as a man.

• Any form accepted, including spoken word and visual submissions

• New writes only ( as in after this comp was created )

• Have fun and celebrate our accomplishments and future goals!

love this! great prompt that i will certainly be ruminating on

Joined 11th Apr 2015
Forum Posts: 10367
anna_grin said:love this! great prompt that i will certainly be ruminating on

Good. I may extend it another week if some need more time.

Proud To Be A Woman

You can lift me up
Spread good words
Around and round
All these things
You could say aloud
But just knowing
How far this
Woman has come
Is enough for me
To say I'm proud.
Written by faithmairee (Faith Elizabeth Brigham)
Go To Page

Joined 16th June 2020
Forum Posts: 519
What a challenging inspiring event you have come up with Ahavati, I will spend the weekend writing a piece for your competition and I look forward to be reading all the other entries after Faith Mairee led us the way.

I am woman
Hear me roar!
I like women
Give me MOAR!
You don't like it?
There's the door
and plenty more
fishes in the sea

if you don't care
for the likes of me

I am mermaid
Watch me swim!
Bob n breast stroke
head to quim
And just because
I'm not into you
or him or him
don't take it as a blow
to that zippered appendage
you call an "ego"

Oh, no ...
so sad to see you go
claiming I never was your type

Burn the house down

They will see the gentle smiles
wipe your cream onto their piles,
expect too little and too much
mistake compassion for soft touch,

expect that you need to be led
and hang on all the words they said
follow blind stuck on their tales
so certain that your bound to fail.

It's then your voice brings out the dead
and shows them where they dare not tread.
They turn around and you are gone
still not sure where it went wrong.

and as you set the legions free
remind them how its going to be
every castle built will burn
because each stone had to be earned.

fear the smoke that rips their throats,
find lame words on which they'll choke
and as you shout out "what's my name"
They'll follow you into the flames

and as you ask them once again
they tell you, you are woman

Written by Razzerleaf
Go To Page

Welcome to my moon tribe
I virago sculpted sky line, of rib and bone
The two kinded wise and wild self

Voicing all voids
melting from within
I am the universe

Written by RiAN
Go To Page

which i crunch between my teeth
and all of a sudden, i am the old woman

the sweet taste of youth
falls like peeling
moisturized time

never more
shall I love
out of fear

never more
shall I fear
out of love

the lyre
of lucifer
I passed
ovulating
orbits

I honor
these thin
silver streaks
in mine hair

I call them fireflies
I am
bliss

daughter
of Cupid
and psyche

Crone, I am
Written by RiAN
Go To Page 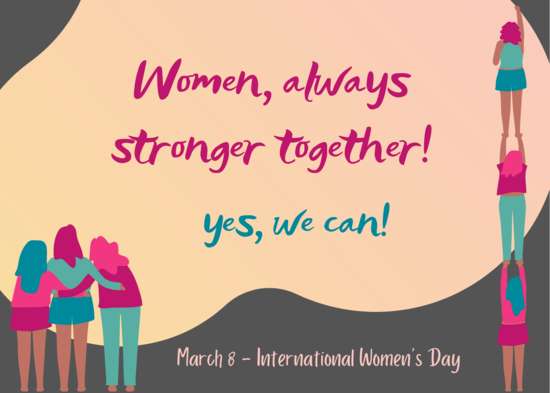 And Happy International Women's Day, all!