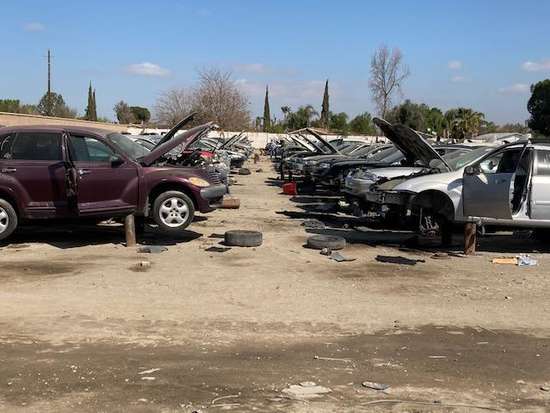 There is a park in a backwoods country town,
Where a mountain stream flows bubbling clear.
High rocks look out over the water as it goes…
And a sandy stretch runs, from rocks to forest.
The sound of that stream can erase any frown!
As a child I played on the sand, having no fear,
Skipping stones, often splashing with my toes…
I felt a sense of inner peace that I’ll not contest.

Beyond that place by an old forest trail’s way,
Was a tiny marsh: where frogs sat on lily pads.
Croaking in the twilight of a long summer day,
The sound was more to me, than passing fads.
Across a bridge of old logs thrown together…
There was a field, filled with many living trees.
Its’ grass grew tall no matter of the weather…
And flowers did bloom, in the gentlest breeze.

Amidst that splendor was a maze of hedges…
Made for adventure, for young and old alike!
Cut into a labyrinth, with many long passages,
Where you could lose time as off you’d strike.
To a young child, fond of adventurous stories…
Secure in the hand of your mother at your side,
You could pretend to be on a quest for glories.
You could adventure where wild dreams abide.

Today the maze no longer exists to be found…
But the memory of it brings peace to my spirit.
Nature’s wild glories still decorate that ground,
And children still will play there, drawn near it.
I like to go back there to walk the oldest trails,
To bask in the glory of the trees and flowers…
There is a peace in such places that never fails,
To enthrall my soul in the grasp of its’ powers!
Written by Kou_Indigo (Kara Lucielle Pythiana)
Go To Page

Thank you, kara for your entry.

Part One: The Wild Place

In autumn, one year, when I was a teenager full of angst...
Doubtful of all gods and their power to comfort with caring,
I did go astray from the safe road I had walked at length.
I found myself lost in the wilderness, yet filled with daring!

Of old, the races of mankind have told tales of deities fallen,
Not all from sin, but some from grace too blindingly beautiful.
Thus it came to pass, that I did go wandering quietly solemn,
In places wild and desolate, seeking divinity with a heart full.
Divinity amidst nature, as the ancients did find in noble quest,
Thusly I walked through forests deep, like a trip into the past.
My second sight was open, and for hours I did hear only this...
The sound of the leaves beneath my feet, and no divine bliss.
Lonely is a pilgrim's path, when the pilgrimage is madly long...
Despite the whistling of the wind or the birds' delightful song.
In every corner of the woods, I thought as the sun did sink,
That I beheld the shadows move, as the stars began to wink.

In that in-between time, when day and night are thus mixed,
I left any semblance of a trail behind me, perhaps on purpose.
And so my feet were set upon a course I knew not was fixed,
By a power as old as time, who had set me upon this course.

As twilight came upon the land, in the golden afternoon glow,
I found myself in a sandy patch of land, still hot from the day.
Still hot, the sandy ground, where naught green could grow...
And so I sat upon a rock to rest my weary feet without delay.
There came, as if in a shaft of the golden sunlight, a dark form,
Though not frightful, it rose before me like some bleak storm.
A woman's face and form I saw, in ancient robes of black hue,
Glimmering faintly, those garments, as like unto so very few.
Her face was white as ivory, her eyes black as a starless eve,
She whispered to me secret things, like none as I'd believe!
And in that place, outside of time, she took me into her arms,
My will surrendering unto hers, my spirit taken by her charms.

Held within the power of a goddess, one is without all power,
Save to hear and heed, and in her presence I knew comfort.
All sense of the world escaped me, in that enchanting hour...
I was like a drowning man adrift at sea, heedless of any port!

Her true name, she spoke, as that a secret thing lost to time,
My own as well, she knew, and so we formed a lasting bond.
An ancient goddess and her child, in golden light so sublime,
That spell did last seeming long, as if cast by a magical wand.
Until at the last, she turned into a cloud of ravens flying off...
Into the trees beyond the dry lands, the clouds their very loft.
I heard the sounds of ghostly wolves, and saw their tracks...
Yet nothing of them could be seen, invisible were their packs!
They followed me unto the border of the woods as I had left,
And with night they were gone as I found the old road home.
Never again did I behold the forgotten goddess whose craft,
Had quieted within me all desire to, in her lost lands, roam.

How I found the right way home, I cannot recall; it just was,
And so I learned not to question divinity again, for it is real!
Mankind merely has to open their inner eye, and so because,
We have the gift to see, we have only to open up and feel.
Light and darkness are but words we put on greater things,
Which lie beyond all mortal sight like a hidden bell that rings.
Haunting in its' melody, familiar in its' tune as any you'd hum,
That is how true magic works, when its' working has begun!
Written by Kou_Indigo (Kara Lucielle Pythiana)
Go To Page

The pleasure is mine, dear Grace... I just posted my second entry a moment ago too. *Smiles* :D

A long intentional stretch
stimulates warmth ~ loosens
Altoids, to pack a punch when needed
Last minute neck rolls
round and round
Music queued,
I tie my asics up just so
It's always the same route,
creature of such habit, this one
out the battered screen door,
down the front garden sidewalk
through the magnolia tree debris
(those damn pseudo wanna be pinecones)
a veer to the left,
pet Sammy, as he comes running up
begging just right for the treats
from my tiny legging pocket
Oh to bask in ginger kitty cuteness
then head out,
bristling

"In hopes to at least maintain but perhaps get rid of a few too many gained."

Lake Roberta
She holds untold amounts
of my blood, sweat and tears
I'm cradled in her natural bosom
she's a sacred high priestess
the keeper of the deepest of my secrets
a sacrosanct confessional
only unto her
I gladly spill without care or hesitation
a calm languid beauty
she approaches
as my walk always starts
her way, downhill
(a hill by Florida standards, that is)

"Give me your most wicked and murderous"

Perfume wafts in the faintest hint of gardenia
mixed with a kind of pond algae bloom
Skies are overcast
Intermittent sunshine peeking in and out
thanks for small favors
to not be battered in sunstroke;
The ducks are nestled together
seems they've called a meeting
on someone's driveway, they convene
I imagine it's to bring awareness
of where they should stand motionless
for no reason, nor concern for how long
i bet they pass notes and leave each other tips
to increase the motionless longevity
especially if confronted by a moving vehicle
This behavior, I am convinced of.

My sweat beads and my earbuds pulse,
walking in purposeful time to the beat
a playlist of the most eclectic
yet it works perfectly in it's precision
exactly when and where I know I need
Music carries me along
when the hills get too seemingly steep
or my back or legs start to
recognize their age.
The lake whispers her comforts;
Turning towards the prominent side
where the houses are so classically pretty
and actual stone lions line
either side of this certain walkway
leading up to a white plantation style beauty
not my usual cup of tea eye catcher,
I cannot help but to peer inside
every single time I walk by-
a baby grand piano
a bichon barking
like clockwork, always
It's the monotony that's so reassuring
the lake motivates in continual wondering
accepting today's journal entry
no judgements
harsh rebukes or reprieve
she's a wondrous soothing balm
despite all my confessed atrocities

Winding the corner
uphill now
I marvel at one particular tree
it's exquisite in stature
with breathtaking lilac colored blossoms
unsure of it's type
I bask in true picturesque stunning
lilac colored petals litter the ground
all the way to the street and beyond
they drift in the breeze
nature's happy confetti billows
I take pictures, yet know they'll do no justice
No one's heart can remain heavy
within that celebration.

"With her absolution, it's forgiveness that spurs growth and a reminder of self love."

Trudging my way
back to my beginnings
Roberta, now lays
silently contemplating
her smooth surface of glass
reflects of bound promises
my body is tired in that best kind of exhaustion
I quietly bid her adieu

until tomorrow's
newest set of confessions 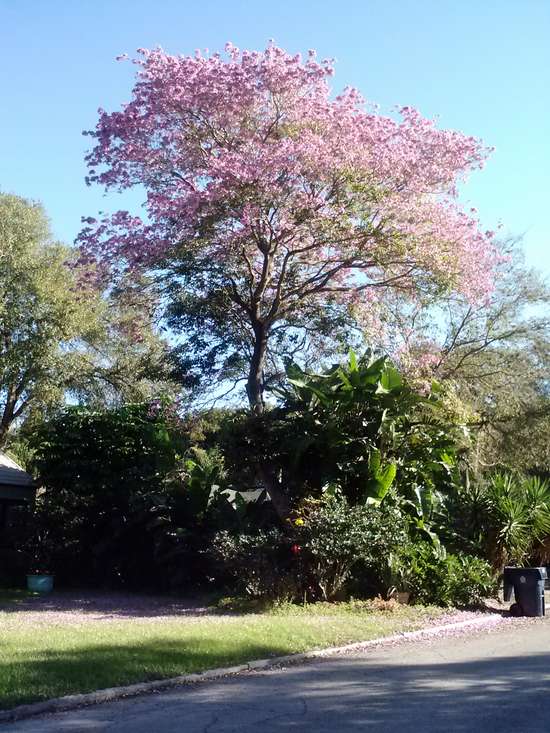 All writing remains the property of the author. Don't use it for any purpose without their permission.
Posted: 5th March 2021 12:02pm

Bluevelvete, thank you for your entry.

curbside dreams, and smoggy streets
is where my body longs to be
where lampposts buzz
and the moon kisses my frost bitten cheeks
so rosy, though not one can see
i am alone, but far from lonely..
i have miles of pavement to keep me company

what good is daytime strolling
when all i do
is burn beneath the sun
and smear chalk onto everything?
that, and the heat
is just plain exhausting

Thetravelingfairy. thank you for your entry.

Thank you, all participants, for your entries. All the entries are brilliant and I am honoured that you have entered them in this humble competition.  It was quite difficult to determine the winners, but with help from non-DU members, we have concluded that the winners are as follows;
1 Nature’s Peace by Kou_Indigo
2. Everyday theatre by Slipalong
3. This Old Floor by Tallen
Thank you again for being with me, please be with me again in my next competition.

Appreciate You, Grace for running this comp and for the encouraging comments to all.  i look forward to engaging in more comps