Spiritual Spills of a Supernatural nature

Just Your tenet and why

i was raised Christian but left OUT LOUD shortly after 9/11 in the US
but my family is still Christian.

i am super interested in others' belief systems and caste
and so, please share with me, here.

Sing unto the Father / Sing loud, sing clear
"Go into all (your) the world
preach the Gospel to every creature."
His Son draws nearer

Full of emotions, tempered by learning
Mountain-Top experiences
Constantly yearning
And the candle is still burning

i'd love for a wide range of beliefs to judge but if no one PMs me then i will become the sole judge.


“If you want to find the secrets of the universe, think in terms of energy, frequency and vibration.” ― Nikola Tesla
Posted: 9th February 2021 1:11am

Joined 28th Jan 2016
Forum Posts: 55
For me religion is an obstacle to spirituality not a facilitator and natural vs supernatural is a false distinction. The universe is everything, creative forces are within the universe not separate to it, the natural world encompasses everything, so there is no supernatural by definition. I’m open to the idea of a god, but if such a thing exists then either it is the universe or a part of it, not some separate supernatural entity.

Would you be okay with a poem along those lines?

Noble_Incubus said:For me religion is an obstacle to spirituality not a facilitator and natural vs supernatural is a false distinction. The universe is everything, creative forces are within the universe not separate to it, the natural world encompasses everything, so there is no supernatural by definition. I’m open to the idea of a god, but if such a thing exists then either it is the universe or a part of it, not some separate supernatural entity.

Would you be okay with a poem along those lines?


“If you want to find the secrets of the universe, think in terms of energy, frequency and vibration.” ― Nikola Tesla
Posted: 9th February 2021 5:06pm

struggling with whether i should enter this, or not, s a lot of mine are spiritual but in .. a bit of a dark way.

anna_grin said:struggling with whether i should enter this, or not, s a lot of mine are spiritual but in .. a bit of a dark way.

i am fine with dark
it's Your ownership

four magpies;
i will plant you under the cherry-tree
next year the fruit will drip as if swollen with dew
full maroon
not like the bed-rest yellow
i have seen

and the blood will be given back to you

under the cloud-cover, come
like a sister whispering secrets
to me

under this roof
by the candle i have lit

under this plate of bone
like a breath of soft palate

beside me like a mother
your hands on my slippery heart


and the blood will feed you

Er....is it confined to these religious beliefs? Think you maybe insulting Hindus & Sikhs for example?? 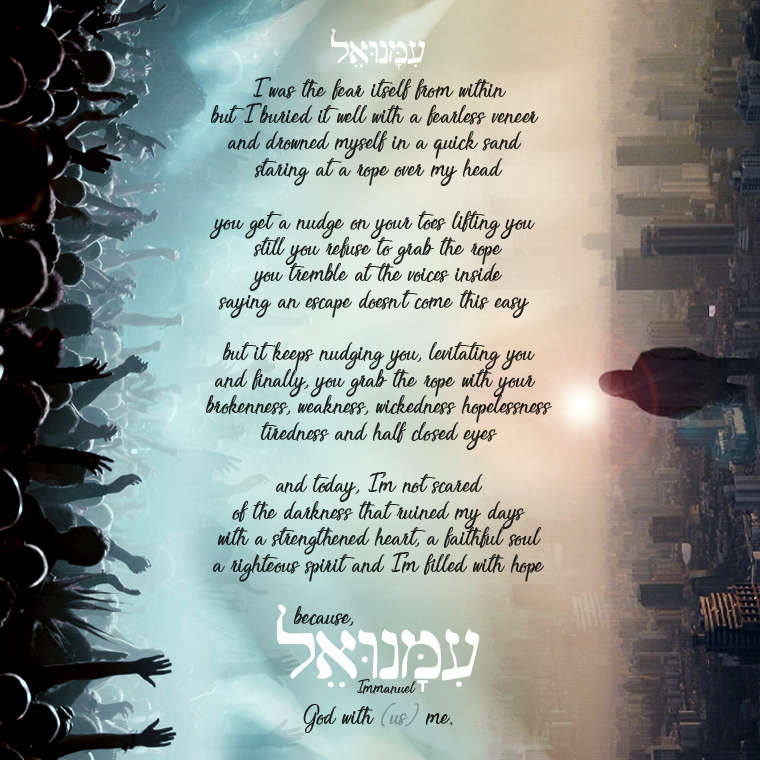 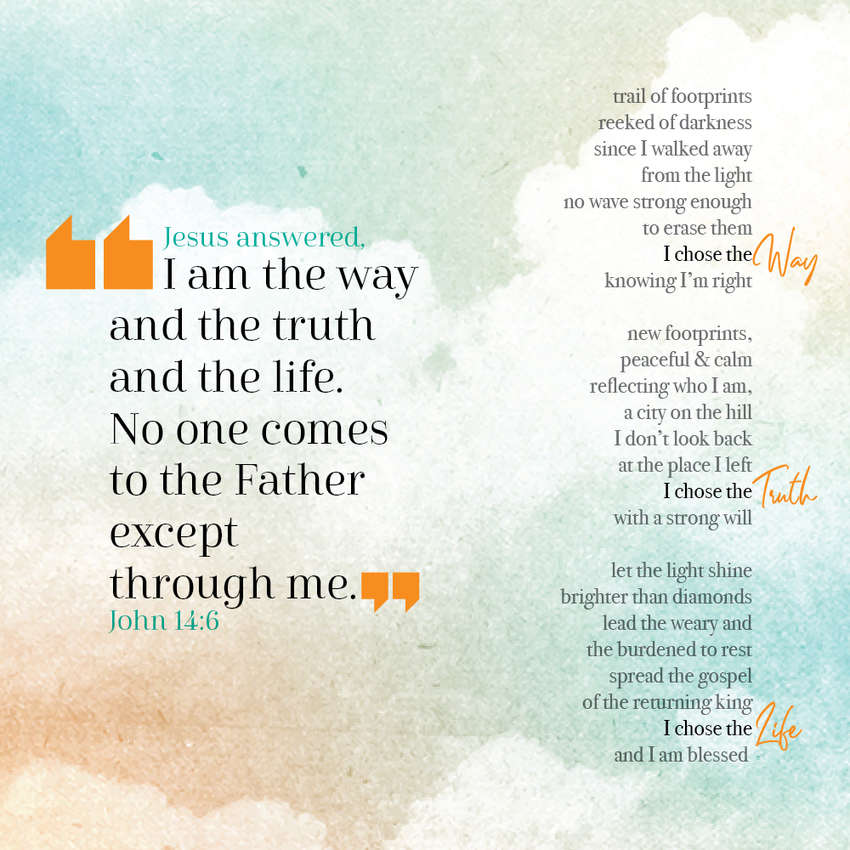 Strangeways_Rob said:"Christian or Muslim or Buddhist or Taoist & / or Pagan"

Er....is it confined to these religious beliefs? Think you maybe insulting Hindus & Sikhs for example??

i only put up examples as there's a lot of beliefs --


“If you want to find the secrets of the universe, think in terms of energy, frequency and vibration.” ― Nikola Tesla
Posted: 10th February 2021 00:26am

The Philosophy Behind Religions

The Philosophy Behind Religions
The universe to serve your Deity comes with various personal decisions
Ancient of Days, Father/Abba, Most High, Elohim, El-Shaddai, Yahweh, Allah, God, Jehovah and Adonai, and Abba just to name a few
Whenever you kneel and pray, it’s your King, you give spiritual credence too

If one’s soul yearns to get to a Heavenly resting place
Then one must find a way on earth to remain humble among falling grace
If so, then why are we separated by gradations of who we pray to on our knees
Spiritual enlighten doesn’t come with certain elements of insensitive degrees
Isn’t the common goal to get to Heaven, for me, as well as for you
Can you imagine the Creator sifting through earth, weaning out the wretched fools

No stipulations must be found to exercise earthly love
Slaughters of the innocence, Suicide bombings, Polygamy, nothing to make light of
Certainly that creed of the mind is not ordained from above
Separatism in the Bible have been centuries foretold
Roman, Jerusalem, stone cities once patrolled
Pontius Pilate and Caiaphas doctrines consoled
Laws dictated to the masses to control
Son of the Father nailed who was sent to save lost souls

Found in a land once in time
Rulers preferred to incorporate blind eyes
The greater evil’s demise, forgiven, stepped aside to all, a surprise met with loud outcries
Preaching perfection
World peace and healing affirmations, non-discriminatory in selections
Three days of resurrection
In remembrance, is now our benediction from the blood of spiritual rejection
The foundation of spiritual awareness is its connection
Hittites, Girgashites, Amorites, Canaanites, Perizzites, Hivites, and the Jebusites
All had Heaven within their sights

Centuries later, of a world deemed old
The Ten Commandants is what the masses has now reaped to sow
Land wars over grounds to claim, makes one go insane
Does it matter to anyone, no one controls the sun, the moon, or the rains
Bombs bursting in air
Tears, confusion, in the name of religious despair
It never gave truth through the night
Not unless we hold hands, peace is not won through religion fights
That our flag was still there
Surrender your soul, only God’s words we should adopt to care

Atheists, within your mental rights
I cannot ever fathom your daily plights
Your biblical denial fights
Free falling without a net
But hey, that’s your dogma, and I really could care less, no disrespect
However, had we met
Out of water, God’s Angel stood among us, one drop to live, yet
Who gets the first quench to live and let
I’m still here, thank God not there
Someone else has went below thirsty, their self-created eternal nightmare

Ten Commandments, live by them
Religion matters, but then again
Too much discord, discrimination, and racial injustice in the name of sin
Strike that concept
It’s their kind of hatred they have learned to accept
Love, Love, Love
The only word practiced down here, and accepted above

†††
Cast out by the shadows that weep in the dark,
Bequeath my core to the Spirits that mourn,
Denial the decrements of societies dreams,
We were all sentenced to die, the day we were born...
†
Enticed by a dream they cannot out live,
Yet they work relentlessly in their attempt to survive,
Influenced only by their will to exist,
But there is not one of us here who will get out alive...
†
Haunted by illusions of the walking deceased,
Existence in darkness, the ultimate plan,
The enhancement of all evil encompassed within,
No more hatred from their biased senseless demands...
†
Abolished by the rhythmic evolution of time,
The souls of the damned will flourish within,
Tainted by the knowledge of those uninformed,
In the darkness there is peace without color of the skin...
†
Embraced in solitude of everlasting dark peace,
Compassion derived by the enhancement of fear,
Which manifests the Spirits of darkness who will prevail,
Enticed only by the wisdom that all the dead will come here...
†
The contoured flesh of alternative distinction,
A cessation coincidental to the depressed mind,
Darkness invokes a dimension for the doomed,
Where for all eternity we will be confined...
†
Life a deferment to the ultimate demise,
The expiration of existence of the common place end,
Death opens the door to a new destination,
Where in the darkness an infinite existence begins...
†
And forever we will embrace the Gothic soul,
To share an infinite existence with the Spirits of the dark,
As as each new generation ceases to exist,
We will welcome them into the darkness as soon as they part...
†
And only then, will there be no more tears...
†††
Written by exvso8m1
Go To Page

something but the substance is

Being a creation like all.
Stumbling on myself and fall
right in the middle of my mental living paradox,
verity was written on Hellenic ancient buried rocks.
Graverobbers took the truth;
twisted it and named it 'proof'.

Divinity is in all things.
The dispatch this spring brings
is an example of magic of actual causation,
a correspondence to our life's presentation.
Nothing is none.
We're all part of the One.

Private responses.
Fear-based losses,
theories of potentials within the human timeliness,
times where I soothe the edges of my loneliness.
I let my body feel
the loss of its peel.

Stone grinds out a diamond arc,
trilithons frame the heel.
Beasts of burden free from field,
parade around the fire's wheel.

my spiritual books are burning
a nice big bonfire built with
bibles (both testaments) torah book of mormon
quran grimoirs vedas...all up in smoke

if you need to put a label on my bs

Written by Kinkpoet
Go To Page