Take me to a realm where nobody else can go. 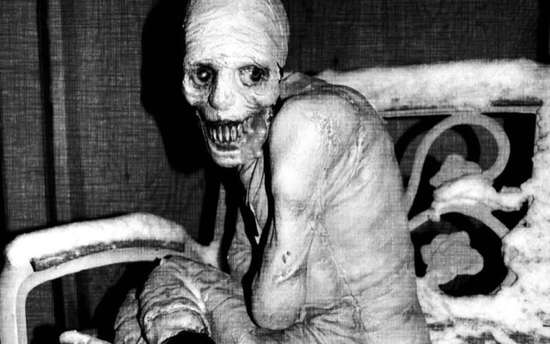 Let me take a peek at your darkness.

What is that deep within the subconsciousness of your mind, that alters your ego to manifest mysterious embedded illusions of darkness. As it is filled with unspeakable thoughts crawling and screaming, through the stairway of your mind laying like dormant dreams of the darkness of night. As they are Created from nightmares unseen and untold only to you, through silent whispers as they encase your deepest level of subconsciousness, feeling nothing but the utmost affliction of fear followed by death. For even as you slowly begin to dive subconsciously, into the realms of your subconsciousness of mere thoughts, you can feel thyself being drawn even deeper than deep within an underground experience. Yet still trying to find a way out of the depth of the darkness, filled with nothing more and nothing less than pure madness, fuel by insanity of dark faces melting as though upon fire burning like liquid wax. Yet through the ashes you see nothing behind only faded fragments of images, trace with so many faces with no names to identify the remains, as the faces slowly descent into the abyss of the darkness of unknown. Just screaming in agony and pain wrestling and tormenting the skin of their flesh and blood burning out there eyes blinding them of not being able to see through eyes which once use to see what is called life.
Written by Stoney223
Go To Page

He drank the poison willingly,
The venom of a thousand hypocrites,
Who spoke half truths and half lies
That they themselves could not swallow.
They made him kneel at her feet,
Poured the jugs of urine and molasses
And covered him in a red sheet,
Forever, they chanted in unison.
He kissed the fangs of the goddess
Who was bathed in blood and moonlight
As she gave him a tender smile
Filled with love and terror, that cunt!
Then they laid his body over the pile of maggots
So that his wounds would heal,
I guess they thought the earth
Would give him the love he needed.
But in the ecstasy he felt of the abyss
He also felt regret, regret that does not die,
But that lingers in centuries of sin
Far in epochs of blue Neptunian orbits.
Until I rise again, he gurgled through his throat,
Now filled with night-crawlers,
Immortality seems to be a delight
To those who wish to obtain it.

He blinked and it had been many a millennia,
As they dug him from out of the ground,
Unearthed by men of another time
Who spoke half truths and half lies.
Has the world not learned a thing?
Written by wallyroo92
Go To Page

Joined 11th July 2012
Forum Posts: 1349
I want to say thank you to Mystic_Deeh for hosting a very awesome competition and to everyone who voted. I'm honored to take this trophy.

Hope everyone is doing well and that you all have a great holiday season.