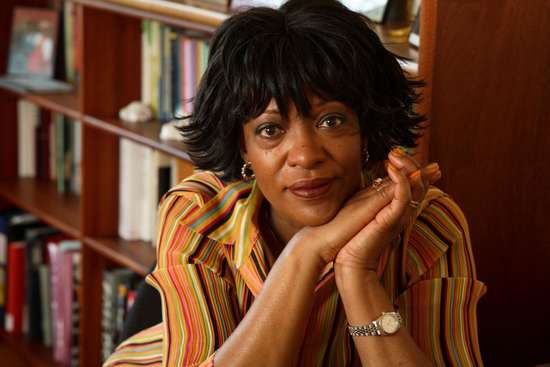 Welcome back to the Classic Corner Competitions, Part XXXVII, in an ongoing series introducing serious writers of DUP to the most famous classical and modern poets of our time.

Rita Frances Dove (born August 28, 1952) is an American poet and essayist. From 1993 to 1995, she was the youngest person and the first African American served as Poet Laureate Consultant in Poetry to the Library of Congress. Dove also received an appointment as "special consultant in poetry" for the Library of Congress's bicentennial year from 1999 to 2000. Dove is the second African American to receive the Pulitzer Prize for Poetry, in 1987, and she served as the Poet Laureate of Virginia from 2004 to 2006.

In addition to her poetry, Dove has penned prose, as seen with the short-story collection Fifth Sunday (1985), the novel Through the Ivory Gate (1992) and the essay collection The Poet’s World (1995). She has also written the play The Darker Face of the Earth (1994), and collaborated as a lyricist with a variety of composers.

—Write a new ( non-previously posted ) poem honoring Dove inspired by any one of her poems.

—Do NOT copy paste your poem to the competition, it must be linked to your page with the below information.

—Do your best to make us feel as though we are reading poems by Dove. The more we feel you "capturing her essence" in "your own words" , the higher you will score. This will involve choice of wording, delivery, subject material, formatting, target audience, ambiguity - a wide range of factors.

1.Two entries per DUP persona allowed. Keep this thread clean of everything but entries until after the awards announcement is made. Comment on entries directly to the member's page if you feel moved to. Post any questions or concerns about the comp in the Classic Corner Discussion thread @
https://deepundergroundpoetry.com/forum/speakeasy/read/10855/

2. No extreme erotica*; this is open to all ages and can't be viewed with an ECW ( Extreme Content Warning ). * Extreme Erotica would be considered visual imagery which would depict any type of sexual activity as well as the direct naming of body parts, i.e. - nipples, pussy, cock, et al.

5. You must select #RitaDove in your themes. The theme page will automatically generate as soon as eight entrants hashtag the theme. Make sure you hashtag her in your themes or you will be disqualified.

6. In your Author's note, provide the poem title ( even if the title of your poem is the same as Dove's ) as well as a link to the poem ( not website ) by Dove that inspired yours. Without this, we have no way of determining if you were truly inspired by Dove, or simply swapped fresh words into her existing poetry and form, which could be considered plagiarism.

7. You may edit your entry up until the moment the competition closes and is locked for judging. Then it's out of our hands; please don't message with corrections once the comp has closed.

Comp will be judged by Ahavati & JohnnyBlaze. As in the past and in the event there is a tie, we will call in third  judge.

Some played harmoniously
in the face of tragedy;
others, absurdly out of sync
regardless of advantages

Despite how we observe
or innately judge. . .
both inevitably belonged—
captive and guard

to be fondly remembered
a dedicated creator, or just part
of something greater—

as space between notes
holding sound together—

to taste the rarity of beauty
from a vast hunger;
our biorhythm surviving
the odds of injustice—

If music be the food of love
play on.*
~
Written by Ahavati
Go To Page

serenade complements my cello
frame being played to its tune.

These flames of ours licking
long into the late hours

She, burning away my dark

Another bite at the cherry

My old Nissan
its shine, with years , dulled, fading fast
its blotchy skin.
When was it polished last
and catch a glint.
Hanging from the mirror
a car vent that looks just like Tom Jones.
Dream; the apple Adam held,
the need to taste forbidden fruit.
With evil pride his ego swelled
I thought that I was in a hurry
the radio was playing Brian Ferry.
Addicted to love, vain hopes anthem
and one on one, be the sum.
In expectation longer dwell,
like children playing hide and seek
look round the corner take a peep.
Wistfulness for mistletoe its pheromones
the erogeny , a kiss on tippy toes.
Eyes that winked each innuendo.
Finding some old sherbet sweet
pushed under the passengers seat.
The old jalopy near collapse
looking forward never back.
The vanity mirror not lying flat.
Tempus fugit, a need to worry
my needs, another bite at the cherry