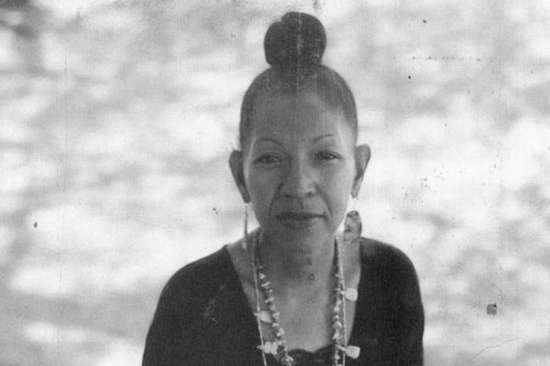 Welcome back to the Classic Corner Competitions, Part XXXV, in an ongoing series introducing serious writers of DUP to the most famous classical and modern poets of our time.

Ai ( which means Love in Japanese ), who has described herself as Japanese, Choctaw-Chickasaw, Black, Irish, Southern Cheyenne, and Comanche, was born in Albany, Texas in 1947, and she grew up in Tucson, Arizona. Raised also in Las Vegas and San Francisco, she majored in Japanese at the University of Arizona and immersed herself in Buddhism.

—Write a new ( non-previously posted ) poem honoring Ai inspired by any one of her poems.

—Do NOT copy paste your poem to the competition, it must be linked to your page with the below information.

—Do your best to make us feel as though we are reading poems by Ai. The more we feel you "capturing her essence" in "your own words" , the higher you will score. This will involve choice of wording, delivery, subject material, formatting, target audience, ambiguity - a wide range of factors.

1.Two entries per DUP persona allowed. Keep this thread clean of everything but entries until after the awards announcement is made. Comment on entries directly to the member's page if you feel moved to. Post any questions or concerns about the comp in the Classic Corner Discussion thread @
https://deepundergroundpoetry.com/forum/speakeasy/read/10855/

5. You must select #AiOwaga in your themes. The theme page will automatically generate as soon as eight entrants hashtag the theme. Make sure you hashtag her in your themes or you will be disqualified.

6. In your Author's note, provide the poem title ( even if the title of your poem is the same as Ai's ) as well as a link to the poem ( not website ) by Ai that inspired yours. Without this, we have no way of determining if you were truly inspired by Ai, or simply swapped fresh words into her existing poetry and form, which could be considered plagiarism.

7. You may edit your entry up until the moment the competition closes and is locked for judging.

Comp will be judged by Ahavati & JohnnyBlaze. As in the past and in the event there is a tie, we will call in third  judge.

I found an amazing two part series about Ai at PoetryFoundation that will help anyone truly get into her mindset as she writes --- and writes from the perspective of other mindsets.

Let's keep any discussion about this in the Classic Corner Discussion thread @
https://deepundergroundpoetry.com/forum/speakeasy/read/10855/105/#500741

Kill her,
a voice inside
says, Kill her.

A blank space between song lyrics
calls to me from beyond the cesarian
tomb I was ripped from, abducted
for use in twisted puppet showmanship
----this on-staged, inhumane theatre of
pain

This is doing Judith a favor;
she will become unborn
---won't suffer another minutiae
of this insane plane of existence

Mom and Dad think I'm just
a stupid kid with stupid toys
but ... I'm smarter than I act.

I know the Ritual of Samhain;
I learned it from the Sandman
entering nights in my dreams
and it goes a little something
like this, Sis:

It's okay to shit and piss yourself,
Judith --- the show will go on here
without you

Joined 11th Apr 2015
Forum Posts: 7847
Notice: Rule #5 has been modified per the creation of the #AiOgwaga theme. Please make certain that you edit your themes to accommodate this tag!

How am I to comprehend you
in a Sunday suit, your starched pinstripe
feigning virtue while you sweat buckets
in a pair of patent leather sin.
I cannot pretend what it is you need
under this silky black magnitude
of ruffled disappointment.
Requirements for tip toeing around
what the bedroom represents has
buried me in guilt.

There is never enough
courage to slip into irreverent
contours, your dusty fingertips grazing
mangled, canyon depressions and
craggy pink scars that
yawn in outright boredom.
The memory of what has been
cut away, forms deep pockets bent on
spoiling the fruit and tossing out
any love that remains.
You were once unburdened
by my catastrophe and I was unsoiled
by chemical castration.
Written by Eerie
Go To Page

I could hear you, breathing
around the next curve;
I followed, toward the turret—
its spiraled throat carved out
to swallow my steady ascension
until I was nothing
but an insect, s p i n n i n g
without one of its wings—
clockwise. . . upward;
each turn identical—
stone-walled scenery
around a columned spine
of ribbed-steps
until I reached its ingress.

Midheaven, ecliptical—her eastern
ascension and western descension
joined at meridian's intersect:
neither heaven nor earth—
yet, somehow, familiarity
opens memory's gate
to the known unknown.
You become a Goddess, looming
over all you rule below;
Creation, tiny dwellings
upon buried layers, all bones—
alive and gone, dreaming
amid earthen tombs.

There are no skyward secrets—
the Gospel of Truth
whips attachments from you
one by one: a handkercheif
to shield tears. . .
a ribbon from your hair
becomes a multicolored standard—
a banner of letting go;
your thoughts, weathered
as the fortress beneath you,
now understand how easy
it would be
to fall—

unify living and dying as one.

Being human can be unbearable;
we scale the highest heights possible
to breach Death's distance—
until forced to descend
into the dungeon of Life
because we're still breathing;

or, that is what I felt you murmur
in the language of wind
as you brushed by: Go Live;
my 'kerchief, spanning interspace—
an insect, s p i n n i n g
without one of its wings—
clockwise. . . outward;
my ribbon, a kite's tail
having loosed its string

spiraling into the skyline
where only the dead survive.
~
Written by Ahavati
Go To Page

I still remember that warm summer night,
The humidity doesn’t let you sleep,
Quick two-minute showers help but
Before you know it, you’re sweating again.
Drinking water also works
But getting up in the middle of the night
To use the bathroom,
For an eight-year-old boy, it’s scary.

The roof laminates are thin,
And when it rains it’s really loud,
You can hear everything through the house,
On quiet nights you can hear cats,
And sometimes even a mouse.
One particular night,
I got up to use the bathroom,
But before I made my way there,
I heard the familiar footsteps on the roof.
I went to the backyard,
And there he was.
It was a cat, black as night,
His eyes glowing by the moonlight.
In my head I said to myself
“I’ll hiss to scare him”
But upon seeing those glowing eyes
I let out a blood curling scream,
Woke up my grandma and aunt,
(And the neighbors) but I…
Didn’t make it to the bathroom.
Written by wallyroo92
Go To Page

I walk among the cane
where I kill her, feet still walking.
How would you know it was me,
not redemption laying you bare;
girl I remember, touched as a blushing rose,
face down and wilted.
A crushed candy rock you
were drawn from
so long ago in my mind.

Earth gave us this: Each other.
We weep, but only from the wind
as it takes you with it.
A wagon rolls by,
the cut cane like limbs;
how gratifying are its legs oozing
crystal, feet left to sink lower
and run home to our barren souls.

We were together, and now
I push you along,
sweet, succulent girl;
woman to be refined and purified
of your old brown self,
bitterness killled by
a force within.

.....
Written by PoetsRevenge
Go To Page