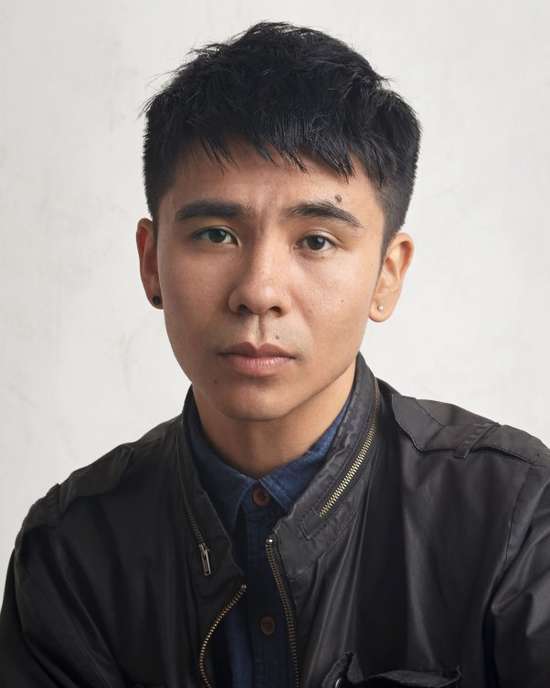 Part XXXII in an ongoing series introducing serious writers of DUP to the most well-known poets, both classical and modern.

Ocean Vuong ( born Vương Quốc Vinh October 14, 1988 ) is a Vietnamese American poet, essayist and novelist. He is a recipient of the 2014 Ruth Lilly/Sargent Rosenberg fellowship from the Poetry Foundation, a 2016 Whiting Award, and the 2017 T.S. Eliot Prize for his poetry. His debut novel, On Earth We're Briefly Gorgeous, was published in 2019. He received a MacArthur Grant the same year.

His grandmother grew up in the countryside while his grandfather was a white American soldier in the Navy originally from Michigan. Vuong, who is openly gay, describes himself as being raised by women after his father abandoned the family.

His mother, a manicurist, renamed him "Ocean", which largely came about after her difficulty pronouncing the word "Beach" without it sounding like "Bitch".

Born in Saigon, Vietnam, he lives in Northampton, Massachusetts, where he serves as an Assistant Professor in the MFA Program for Poets and Writers at UMass-Amherst.

Write a new Poem honoring Vuong inspired by any one of his poems.

While you are allowed a maximum of 2 entries, only the best of your entries is considered viable for the trophy.

Do your best to make us feel as though we are reading poems by Vuong.  The more we feel you "capturing his essence" in "your own words" , the higher you will score. This will involve choice of wording, delivery, subject material, formatting, target audience - a wide range of factors.

4. Any form is acceptable ( but studying the poet is advised ).

5. You must tag your entries with the theme #OceanVuong before this comp expires in order to qualify for the trophy ( if the theme is not currently available, you may have to return at a later date to add the theme ).

6. In your poem's Author Notes box, provide a link and a title to the very poem by Vuong that inspired yours. Without such, we have no way of determining if you were truly inspired by Vuong or simply swapped fresh words into his existing poetry ( which is a form of plagiarism ). This is a requirement regardless if you include a copy of the inspiration along with yours.

falling from her shoulders.

The moon was white
Degrees of yellow

White lines laced with bliss ... much ado without implication

He ate the meat as if

A canine without teeth ... and she

She held a sparrow in the palm of her gentle


She ate a plum and let the juices run...

Ran down her chin upturned ...
run down it
And dripped red juices to the floor....

And once over
Melancholic

He would forever be.

Wind whips the sparrow lost...
she mourns her seat
Of an un gloved


Un gloved and so delicate there....

I wake up to the sound of the devil
laughing and hurling death to the
corners of my room. I scream for my family.
I’m forced to observe normalcy
through a fractured pane that used
to be a window. My grandmother
reaches out from the world of torment,
her arms bleeding, her heart broken.
I long for the comfort of old when her
embrace eased my pain which she
absorbed to herself. A bubble formed
protecting me from the violence and
horrors of dying cries and limbs in trees,
from the smell of napalm and burning flesh.
My mind sees the mayhem and carnage
but my heart, though bleeding, feels her
touch and brings me back to that feeling of love.
Written by anvinvil (Anvillan)
Go To Page

Joined 20th Mar 2015
Forum Posts: 3134
A big Thanks to the Webmiss for creating the Themes #OceanVuong and #GwendolynBrooks ! Please be sure to tag your entries per the guidelines to better your chances of placement in the judging process!

Because I said so!
And I know
because is not
an answer
I honestly don't
have anyway,
but what else
is there to say
in its stead?
That maurading
Murder Hornet
effects done decapitated
thoraxed solar plexus
causes from my
prevailing cooler head?
Found out the hard
exoskeletoned way
I couldn't bee
anything more than
a hive of one
fun guy loving
guy on guy
gayness.
Not long meant
for this world of
Queen ass kissing
servitude, I was.
Dude!
After I tasted
tabooness of drone
honey, It was too late!
Baby, I was long
gone, Gone, GONE
---an outcasted
expiation; atonement
expelled from Colony's
status quo lungs
like so much
Ho Chi Minh
city sin
fem phlegm.
Well, Tạm biệt,
bitches.


My other accounts at DUP are Magnetron , Anarchitect , Psycotic Mastermind , & Mary Walker
Posted: 3rd August 2020 9:12am

It's full to be achieved- brashness
some craters still concealed

in life we weave, sun shine upon our seed
as a parent seeks affection

all gleam without the dark
pit's and imperfection

the rind upon the pork
decadence, fatherhood, light the road

reflect on all that's loss
wishes; hold such scant regard

a child's first cry  slit between the curtains
moonbeams refreshment, afterbirth covered- falling on chaos
cradled sweet perfection and argument rages to call a spade a spade
the cherub that was laid. hurled pot of supplication
the breast and nipple bleed
domestic conflict drown! duvet drawn in self defence
monosyllables;  the rays of eloquence!
small flicker, a prayer to heaven precede
three quarter moon, a tarnished silver spoon

waxing, the glory of conception

wind in the trees that shudders

The hemispheres turn on

#on earth we were briefly gorgeous

On Earth  We Are Briefly Gorgeous....  Ocean Vuong intpretation

My spirit wonders, yearns
a quest without a destination,
a trip without a map,
clouds block the stars,
the moon hides.

I survive on my loneliness
my pity is fed by my needs,
the need to feel, the need to know.
I’ll drag myself to the forge,
I will hammer out a creation,
perhaps, ever becoming, with
each blow of the hammer.
The anvil will sing the story
of my efforts and the stars
will hear and the clouds
will part.

From the fire of the forge,
from the agony of my soul comes
my creation unique to all.
To me, another pilgrim, wandering
searching for the non existent.
What have I done?
I’m swept with a wave of regret
and bashed against the
rocks of doubt. I bleed, I scream,
I ask why... the moon peeks out
from behind the clouds and answers,
“ you didn’t want to be alone”.

draped across the wire
as though waiting for redemption

still, the angels
did their best for me

praying the gods to blow their storms
to distant places
where harder faces bore their wrath,
fought the good fight
and took their losses

( After Ocean Vuong, and my father )

The war is never over for a soldier.**

Your eyes, still echoing wide with boy
at 17, resonating violently inside

their soft-shelled socket, your
tripwire tongue severing a moan

buried in her cartilage'd throat, waiting
to explode as a Bouncing Betty

of back-home family, gestating as seeds
to sprout normalcy.  Lien, her name

years beyond Lynn's tragic death—
another casualty of war ingested by earth.

While today, sewn somewhere in the cusp
of a country embattled by loss, lives you

O Brother—a mere egg that fought as a soldier
to be born—to flower from death as color;

your eyes, wide with boy—or, perhaps not;
O Brother, the war entered us both

through our father's sperm, and will echo
until one of us releases their ghosts—

which one remains unknown—maybe
I am already alone, waiting to join you all;