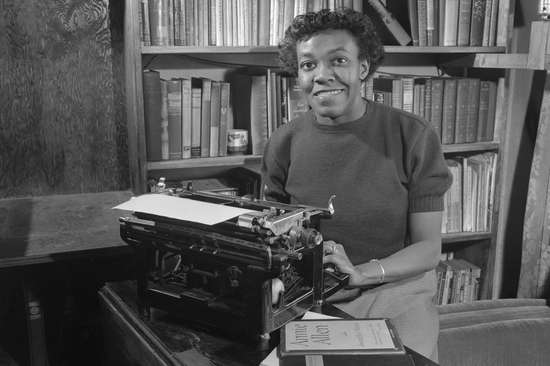 Welcome back to the Classic Corner Competitions, Part XXXI, in an ongoing series introducing serious writers of DUP to the most famous classical and modern poets of our time.

In 1968 she was named poet laureate for the state of Illinois. In 1985, she was the first black woman appointed as consultant in poetry to the Library of Congress, a post now known as Poet Laureate. She also received an American Academy of Arts and Letters Award, the Frost Medal, a National Endowment for the Arts Award, the Shelley Memorial Award, and fellowships from the Academy of American Poets and the Guggenheim Foundation. She lived in Chicago until her death on December 3, 2000.

Write a new poem honoring Brooks inspired by any one of her poems.

Do NOT copy paste your poem to the competition, it must be linked to your page with the below information.

Do your best to make us feel as though we are reading poems by Brooks. The more we feel you "capturing her essence" in "your own words" , the higher you will score. This will involve choice of wording, delivery, subject material, formatting, target audience, ambiguity - a wide range of factors.

* EDITED * 5. You must select #GwendolynBrooks in your themes. The theme page will automatically generate as soon as eight entrants hashtag the theme. Make sure you hashtag her in your themes or you will be disqualified.

6. In your Author's note, provide a link to the poem by Brooks that inspired yours. Without this, we have no way of determining if you were truly inspired by Brooks, or simply swapped fresh words into her existing poetry and form, which could be considered plagiarism.

Joined 11th Apr 2015
Forum Posts: 10847
Greetings, CCC followers. Rule No. 5 has been edited to reflect the creation of #GwendolynBrooks theme by Webmiss ( thank you for all your hard work, Webmiss )!  Thusly, all entries must be themed to quality.

Thank you and carry on.

Aspects of Joy in a Strange Land

There it was—
after twelve hours of ocean
and incandescent clouds:
sewn patchwork of color
beyond the portal
of a plane's window

I was six—
a whimper amid adult dialogue;
my teacup tongue, rattling
against saucer lips—
unheard

No! stay to. . .together!
—hap. .. hap. . .happiness!
my tongue, rattling—
no one listened;
buses, cars
drove separate directions

We travelled northeast
toward the coast
stopping once at a station—
skipping, lollipop return
joyful . . .

as two children
in a stranger dialogue
whispered,

Young, I was --- poor because
of being born on tha track side
where no one would even consider
dumping their white trailer trash.

But, older now. And we're rollin
init. Never mind how. Ain't stolen!
Believe me when I say that I
worked my ass off to earn it,
Mama. Just look at all this cash.

I'm bringin home bank, see?
You don't need to thank me;
only have to put it to good use.

The abuse and heartache
we had no choice but to take?
Those days are behind us.
God shut tha door on that shit
and He opened a window.

And someday I'll let you know
what I do for a living, but until then,
let see about finding ourselves
some real estate with a beautiful
big front yard.

and it sure as hell is not tha damn
L Train.


My other accounts at DUP are Magnetron , Anarchitect , Psycotic Mastermind , & Mary Walker
Posted: 4th August 2020 2:06am

Wind catching our hair as we walk down the street
Bodies covered, curves showing, hips moving to their own beat

Don't blend in with crowds
Brownskin sisters rocking their crowns


Written by Poems4me
Go To Page

Caught in the sameness, a maize in the fog
they move slowly through, feeling their way
only to meet themselves around each corner.
The journey is cruel, snags in the path, faith in each other
their only support in the patchwork of life.
But time is relentless....Fears and tears, joy and sorrow,
It shows us the past but laughs at the future.
Suddenly the fog clears, who are these old people partaking alone in
the sadness, surrounded by the remnants of a lifetime of struggle..
They survived the maize only to meet themselves again in twilights
dark corner of a place called nowhere,
Written by anvinvil (Anvillan)
Go To Page

A Sunset of the City... Gwendolyn Brooks

Time has done its job, my aura and attraction
have faded with the setting of the sun.
Abandoned by that which made life real,
I sit alone in the stillness where once beautiful
chaos reigned.

I feel the isolation, the threats of uncertainty and
the unknown.
They rip and tear at my heart, memories bleed
into a vessel, never to be reclaimed, yet held.

I wander now, like a ghost from the past
with all the memories but none of the trappings.
The battle field is still and barren, where once
there was life, however fleeting...

Was my home my purpose? Did it define me or just
accent my existence. Now it’s gone but I’m still here.
I shout, I’m me! Not even my echo answers.

I go through the motions of a being without
being. My thoughts no longer match the world I knew.
Time hums it sad refrain,” I told you so... “.
Written by anvinvil (Anvillan)
Go To Page

set out pots to catch the leaks

money's gone until next week

baby's room is hot as hell

fill the sink to get him chill

poor weren't never all that bad

fight them bullies after school

mom, i want a BB gun

My pollen never gathered thus
for natures way, the seed and till
the worker breach upon my cusp
some attraction just incomprehensible

Perhaps I am, just the tumble weed
gregarious in sole lament
blown between the flower heads
minus never plus is my content

Joined 11th Apr 2015
Forum Posts: 10847
Hi, CC supporters and potential entrants. Just wanted to clarify two things: firstly, the following two rules have been edited per some private queries; and, secondly, we thank you for letting us know and have revised accordingly to clarify:

As always, thank you for supporting the CC competitions. Let us know if you need anything else. 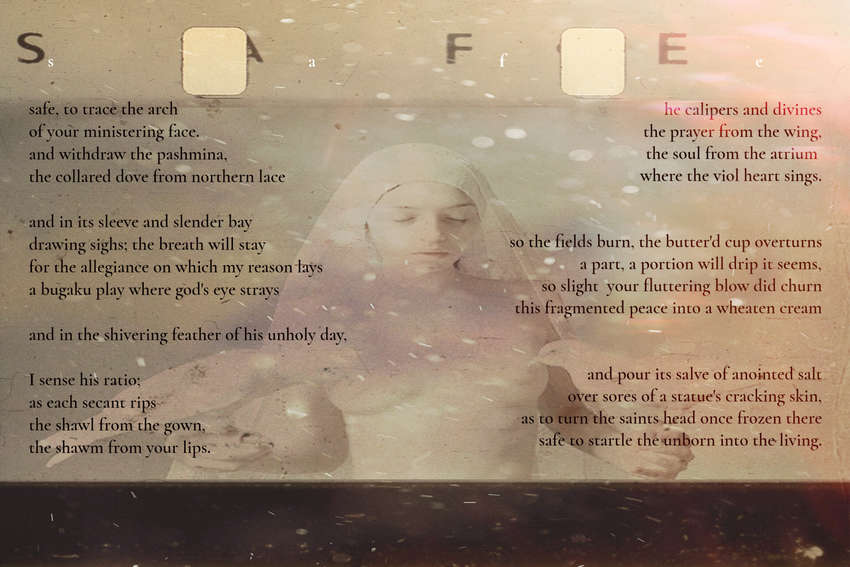 You were spine and legs;
You were bulbous head, large and round,
Tucked away in watery skin.

I viewed your picture; paper-clipped to the
Chart that I would hold in the
Elevator, up to the room where I lost the
Grainy still to a nurse who was
Callous.
I’d not know your face, in a crowd
Or in a church, where I silently plead for
Holy infiltration, to cleanse me of
The murder that held foul
In my womb.

The act unquestioned.
Quietly weeping, a gathering of
Women, mothers of children with no
Obvious destination;
Bereft of life and its wonder.
We never spoke of them, the lost
Souls; those burning embers we
Doused, trying to dissolve the bones of
Acknowledgment.
Tiny hands, connecting tiny fingers that
I will never hold or marvel at.
Awkward legs that will never run to
Me; jump or swim.
Little locks I will never brush, and
Cheeks I will never kiss.
This one act, this terrible misdeed
Became sorrow, carried as
Large stones across the many miles of my life.
You are the deeply buried secret;
The product of actions I wanted to erase.
Written by Eerie
Go To Page

Joined 11th Apr 2015
Forum Posts: 10847
Final Call! T-Minus Five Days! Please double check your entries for spelling and grammar errors, sometimes it comes down to one error separating you from first place. Also make sure your inspirational poem is listed in your author's note per the guidelines.

Thank you to all entrants, and best of luck in the judging.

This is for those mothers
Who have had their loves taken away
Who bear a pain no other mother should suffer
Who raise their voices and cry out, NO MORE!
Written by wallyroo92
Go To Page