Romance Your Man Or Woman With Words

Love Me, One Time

May i
Touch you
To know
You are real

Feel your
Ever racing pulse
feel the thunder
Of your heart

Cover you
With my skin
As goosebumps
Tingles spread

Kiss your soul
As lips impart
Their soft
Palpable connection

The flame
Burning ache
Raging
Inside of me

Your flawed beauty
Is like a breath
I require
To exist

If i were
To die
Without regret
Hold me

Tambourines Of A Winter's Song

Gazing upon your beauty with fascination
fire of embers illuminating your sensuality
holding my hunger, in your eyes gallows
awakening my desire and imagination

Poetically immersed in blood of the gods
of nectar's ambrosia for mortals with sins
from the fields of Gotham and fane
a shadow, whispering a cold December rain
Written by adagio
Go To Page

I love you so much,
I dedicate to you this poem.
Written by fiveamtuesday
Go To Page

Sing a song of Taj Mahal

Sing a song of Tajmahal
a fine nazm or a ghazal
Of this landmark for lovers
Ah, a lover's edifice
Complete with medieval bowers
It's a Mecca for tourists!
Tis sensational, tis exceptional
tis truly a touristy place.

Watch the shimmer of its magnificent marbled dome
Moonlight or sunlight, it glimmers of imperial chrome
It's ironical then
that though Indian-Arabian I am
I haven't yet been to this touristy place

It is truly as they must say, a lover's shrine
a place where hearts duly incline
They find it steamy
I find it dreamy
Oh, I've got to see for myself this touristy place.

Each of the marbled minarets
conceal such romantic secrets
for lovers to silently explore
to admire and to adore
A place human lovebirds couldn't ignore.
Ah you've got to visit this touristy place!

Two famed lovers lie in the legendary vault below
and the stream too it has a romantic flow
It's a lovers haven and paradise on earth
Even dead passions there undergo a rebirth
Ah, rekindle my love for you in this touristy place!

Extol I may this awesome imposing edifice
A greed for pure love is perhaps better than avarice
Löng live the legend of Shah jahan and Mumtaz mahal
Long live love and love like a Moghul
so forever we have this monumental grace!
Yeah take me my luv to this touristy place!
[/font][/font]
Written by Zaynab_kamoonpury
Go To Page

Damn, my kind of poetic expression.  Deep in the colors of seduction and a consuming raging fire, flames aghast for oxygen to bare itself as an offering to the fire starter.

How could I breathe knowing all I gave
was in vain? My heart is crushed
a million pieces of my sanity and heartfelt intent

Am truly as worthless as I feel? As alone as am?
You left me by the riverbed alone
Licking my wounds and mending my heart

Only for it to be crushed again and again..
Love.. I fuckin hate it. I wish I didn't feel at all
Ready to kill, eliminate the competition.

Claim you a top the fallen resurrect the
insurrected, incept the thoughts I desire for you
these thoughts of black magic escape me.

This isn't me, it can't be. Let me go and don't
come back, don't stay.. you are
toxic in your agenda.. a poisonous kiss of death.

Darkened soul and a body like a flame
Your passion burns deep within me
On wintry nights when the air is chilled
Your love rages inside of me like a wildfire
The touch of your hand searing my skin
Your essence filling me like the air inside my lungs
My heart skipping beats as you wash over me in waves
Your perfection quells me like the quiet before the storm
My blood surges with desire as I feel my body tremble
A passionate release within this rapture
Welcoming the storm as it flows over me
Slowly it subsides and I am left in it's wake
Staring deep into your soul and finding myself a place
A place to call my own and a safe place to hide
My body becomes yours as sleep drifts over me
Calming my every nerve and easing the pain inside
At least while we're together...
Written by Miss_Anthrope (Void Dweller)
Go To Page

It’s undying, flying above the bluest skies and out into the universe
When I immerse myself in each verse of a lasting love and devotion
With the notion that this emotion lasts longer than time and space
When your embrace and sugar skull kisses face and go beyond death
Written by wallyroo92
Go To Page 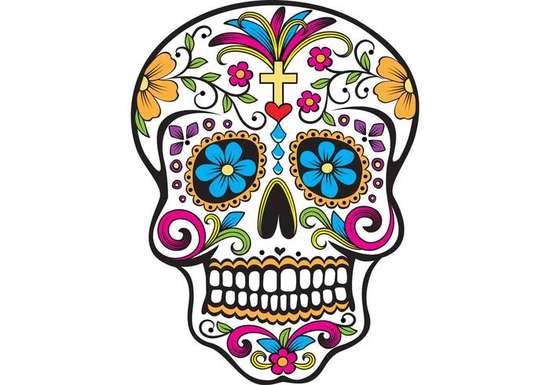 When you're wearing red, I get butterflies
Each & everytime cause I can't believe my eyes
I get high off the scent of your Weekend perfume
Invoking thoughts fraught with your body consumed

Exquisitely groomed and I'm in tune with your melody
As I kiss and lick every inch; enjoying such a delicacy
That's my secret fantasy that I'm hoping will grow roots
Some H-town, good loving, body rocking, knocking boots

Taught to never give my heart to a wombman
But for you I'll break the rules of man's plan
I understand the chance of possible heartache
Yet, for your romance, that's a chance I'll gladly take
Written by da_poetic-edifier (Damon)
Go To Page

I’m a gay man
I reckon I’ve always been one, even when I didn’t allow myself to recognize that fact
As I watched Saved By The Bell and was turned on by Mario Lopez
I told myself it was Lark Vorhees that cranked my wheel
Then she put out that weird book of hers
And there was no denying how I feel

The third time I made love to a man was in Baltimore
It was at an EDM show
The man who put it on was an awkward ass ginger
Who fancied himself a Buddha of the underground
We hit it off, took some molly
Talked about injustice, danced ‘til dawn

He came back to my crib
I showed him some of my most personal poems.
The molly was coming on hard
He put his hand on my inner thigh
I got so thick I thought my cock would take his eye out
And make him a pirate of the EDM scene
Michael the pirate

We embraced, I tore at his JNCO jeans. I got them off. I bent him over and tried to get myself inside his pasty ass. I couldn’t fit. His shit was too tight and he moaned like a child.

He suggested he give me a go. I was nervous, up until then I had always been the pitcher. I said, fuck it... desperate to get off.

He was having trouble getting hard so I put his junk on my tongue. Homeboy wasn’t large but he was determined. I appreciate that.

He turned me around and slid it in. It was over before I knew it. I thought it would always be so quick and easy. With other men, I’d learn the truth.

Men that never bothered asking my how I felt. Men that treated me like hamburger helper. Large, tough men- who didn’t give a fuck about me. Who were always big spoon. Who never cried to me. Who showed me nothing, who illuminated nothing. Michael Morstein, wherever you are, I’ve never forgotten you. And I never will.
Written by Jermainesplain
Go To Page

And It Shall Be Done

Candice, what more could I have done?
Haven’t I proven I’d go to the ends of the Earth for you?
Tell me what more I can do
And it shall be done
Written by Austin_Flank (Austin Flank)
Go To Page

Gonna run my fingers over your skin as a blind man does braille
Reading all of the secret, sensual fantasies your mouth won't tell
I'll then fulfill them, one by one, 'til the rising of tomorrow's Sun
Rocking you into a deep sleep then peak to prepare for more fun

You're an amazing lady who makes my mind hazy from your high
Beauty's in the eye of the beholder and you've garnered both of mines
These stanza lines derived from my mind, body and spiritual soul
Letting you know that, wherever you go, holding your hand is my goal
Written by da_poetic-edifier (Damon)
Go To Page

In my mind's extremities touching
reaching for a breath of your pale
that of what you are, my life a shell