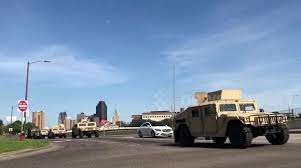 Living in St. Paul, the twin city of Minneapolis, I’ve been living in the middle of the George Floyd protests and riots. Since his death, between the sound of gunfire and sirens, along the smell of buildings burning down, I’ve had many sleepless nights.  Barry McGuire’s "Eve of Destruction" protest song recorded in mid-1964 keeps playing over in my mind. I’ve come to wonder if humanity is on the brink of destruction. A YouTube link is provided below for those of you who may not be familiar with the song.  Please submit a poem that describes your view of the civil unrest that has swept across the world in the wake of Mr. Floyd’s death.  As fellow poets, what I seek are intellectual works rather than visceral reactions.  Of course, please be respectful of all contributions.

Living only a block away from the Minnesota Governor’s Mansion, I couldn’t help but wonder if we are on the Eve of Destruction when I witnessed a heavily armed military vehicle drive past my home.  This is one of the more disturbing events in my life.  Needless to add, the video of Mr. Floyd’s murder is shocking.  So, I post this competition with a great sincerity.

Hatred, a glare a look a smirk
scares me white
she whispers venom
smiling like a Madonna

What destruction
And brought tempest
The storm placed

You already said goodnight/ i love you
but he mentioned its busy
be safe
no answer
Its late
youre wide awake
restless
worried
scared
He hasent responded yet
You know hes tired
they are all tired
theyve been busy
They all need sleep
so you in turn feel guilty for being tired
you sneak a peak at your high school age kids
because come on, seeing them safe helps
you look in the mirror
you look tired
you look worried
you lay back down
its only been 14.3 minutes
you arent asleep
you text him again
you turn on the news
you see chaos
what the fuck
you google said area heart pumping
you arent sure if hes there
youre knees are sore from praying
please God let him be ok
please God let him sleep
please God let them all be safe
please God let him return home safe
to the family that deeply loves him
Hes a good man
the best
you notice its so late
you triple check the house alarm
you think hear the kids
they ask if dads ok
you try to hide your fear and say yes
hes fine go back to bed
you look at the clock
normal people are sleeping right now
our lives are not normal
you have get up for work soon
you know youll wear your famous smile
hiding the pain of sleepless night(s)
masking the multitude of thoughts that you have
when hes at work and cant answer
your phone blips
you run from the kitchen with a bag of chips in your hand
to your bedroom cuz thats where you left your phone
you hit your pinky toe
fuck that hurt
its only an ad
fuck that ad
you mental note to never buy from them again
you go back to bed
cussing
you close your eyes and turn off the tv
then you hear it
that sound
is it really the garage door opening?
no way hes home already
you start to cry
you stop
you listen
wow its that time already!
HES HOME!
you hide your tears
you run down the hall before he hits the house door
you thank God once again
you hug and kiss each other
hes tired
he goes to bed
you are getting ready for work
he checks the kids before bed
you go and tell him again you love him and that youll see him later
he hugs you tight says the same and then you leave
hes home
hes home
press play
repeat for the next day he leaves for work
the life of this fire wife

Written by mysteriouslady
Go To Page

none of us are saints;
we've all made mistakes—
hoping a second. . .
third, or fourth chance
makes an appearance
before we become artifacts.

Black Lives Matter demanding voices to be
I hope as the writer you come to feel me
And of course, your life matters too
As an embodied society protect my human rights, give me my just due

Police brutally has always plagued the humanity of the black race
From DWB, racial profiling, to the spray of facial Mace

Illustrating the hushed concept
Your life is less than mine this will be forgiven, behind my badge American citizens shall soon forget
Your fallacies to judge presence, not upon skin color as a body who stands
I bleed as you bleed like a God fearing man

Court systems, defending the men in blue
Witnesses to comfort the family’s integrity now has the forgetful mind flu
Shooting acquitted, man of blue, justified
Outraged, the stigma of the family seeking justice, sadly demoralized
In front of a microphone, tears falling, behind the whys
My child was a Christian, he was even baptized
You’ve now taken him away from me in the blink of an eye
Only God knows the wicked man’s mind seen through the shooter’s lies
We want justice, screams heard throughout the night
Marches, riots, demonstrations, heard from the deafening ears of injustice’s cruel fight

Give us justice or give us peace
Only a squeaky wheel gets oil, it gets the grease

Movement or Hatred how did society ever come to this
I do not even know how this issue ended up on my Nurse’s wish list
Voices heard, impartiality felt, but remains unseen
A blue force to reckon, which has labeled Black Lives Matter a total mob scene

But wait, we all march for our civil rights, correct
It’s has been our amendment since the beginning of time, but yet

I could go on and on and on
However, Black Lives Matter sings this unified song

My one and only single request that must be met
Bullets are flying among the African American race like Russian Roulette
Life in essence, and living the American dream is a hefty bill
We need to sing together when anyone has been unjustifiable killed

The voices of hurt rings so much louder from the African American hilltops
We all remember Rodney King, the wooden batons refused to stop

Years later, unfortunately things have not changed
Different geographic, different situations, yet the results are always the same
Many things we must do to better ourselves as we all move along
Hear the voices seeking justice, as if it was your own song
When a shooting has taken lives within schools
It does not matter what color, we feel the victims’ mothers’ pain, we demand justice, not pity the fool

Continued marches for bullets, which steals an innocent body off the streets, over-and-over again
However, if you’re guilty as sin
And weasel your way out with confrontational fists; just remember you will never win
Think before you act
Allow the court system to be your justice, a known fact
Hold it, isn’t this the beginning brought to the end
Shots fired, killed, he was only driving around the bend

It wasn’t a gun in his hand, it was his cell phone, let’s all breathe, as we count to ten
Acquitted, Black Lives Matter, here we go once again
Written by SweetKittyCat5
Go To Page

Speaking for perceptions of ventriloquist monologues
Marionette journalism making puppets of people
Throw your voice and instigate division in the unrest
Everything is a parallel, from mass panic to personal distress
It seems the worst of it all is consuming me and getting the best

Fine line double meanings, what is taking place outside
Versus the interpersonal conflicts of the heart
Afflicted minds find reasons to pass the blame and demonize a counterpart
Hostile situations instigation of the hatred broadcast
Public disservice announcements of anxiety rot news feeds
Entertained by the corruption of the way that everyone bleeds

Victimized, you want your name in lights even if it's written in scars
Competing with the marvel of heaven as night extinguishes the stars
Distinguished by the languish, the language of your pain
Forgetting how to dance as you riot in the rain
Picking a fight with the enemy you make me out to be
I can't argue with your fiction that has become your own reality

Commemorative gatherings, exploiting one last breath
Sometimes it seems we only have reverence for life in death
All deaths matter, despite the memorial cheapened by its politics
Damage control, it seems you're only worth remembering as long as the media benefits

Instigated rivalry of domestic foe psychology
Fearing the devil you make of a stranger because that's what they tell us to believe
As stats are slanted to favor the stories that we're partial to
For all that anyone may know it amazes me how anyone can be so easily deceived...
Written by cloventongue89 (Nathaniel Peter)
Go To Page

Written by Taurek
Go To Page

Back in the day
Sunday Privilege knew

How to use mere words
to steer war

No where could
a Muslim or Jew

hide their faith
at pork feasts

with bigotry
espionage
...of privilege

“I am black”
Written by EdibleWords
Go To Page

America On Its Knees?

[ BLM ] The Day The Race Card Was Played

fans started walking away
from the table in a huff, complaining
the banned Confederate flag
is a symbol of heritage
not hate ...

instead of cheering for
everyone crossing the finish line
together 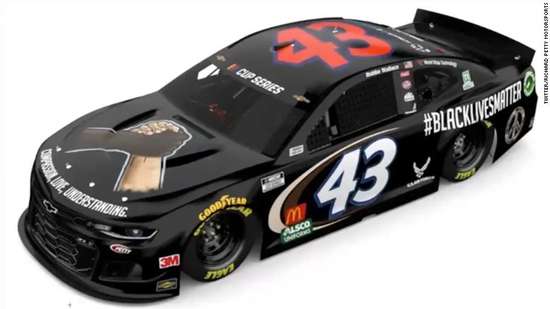 What the fuck is this shit?
How the hell is this still happening nowadays?
To protect and to serve is a joke
When they choke and take a man’s life away

Is there no humanity?
How much hatred do they have in their hearts?
They’re so fucking blind and bigoted
That they can kill a man in front of cameras!

How many more?
How many times?
Where and where?
Who will be next?

Hey world have you heard?
They took yet another man’s dignity
They took his breath
They took his life
They gave him death for no reason
They committed murder
And now the masses will be his voice