Nominate an Amazing Poem to Represent DU across social media!
It's time for our "Poem of the Month" to be featured in the DUP 'Poem of the Month Hall of Fame' and on the official Facebook page.
You have two weeks to nominate no more than two of your favorite poems from another DUP poet!

NOTE: The Spoken Word of the Month comp is here:
https://deepundergroundpoetry.com/forum/competitions/read/11247/

Because the vote for this com is anonymous, and spoken word pieces cannot be anonymous due to avatars and voices, we would prefer you nominate those pieces in the appropriate comp above so that voting remains fair.

1. Self nominations are not accepted. The great majority of the competitions here are about spotlighting one's own work on a particular topic or theme.  This is a chance to nominate that poem that you wish you had written but some other great talent here beat you to it.

2. You may nominate only TWO poems from two different DU members.

3. No DUPLICATES. If someone nominates the same poem the entry will be deleted. If you like it that much wait and vote for it!

4. Any genre except erotica or pornography. This is a Facebook feature and we must adhere to their guidelines.

5. Any member who is banned or disables their account PRIOR to the win will be automatically disqualified.

6. One win per member within a Calendar Year.

7. You must personally notify the member that they have been nominated.

Nomination Duration is two weeks followed by a week of site voting!


Current Poem of the Month Hall of Famers:

I have aspirations to become a writer,
But first I have to compose a lot of prose,
Honing in on the craft making it tighter,
And the light will appear on the path I chose.

Though my poetic works may make not reach millions,
I’m OK if it only reaches one soul,
I may not possess the intellectual brilliance,
As long as the words live long enough to be told.

I crunch numbers by day and write by night,
Seeking the meaning of life piece by piece,
It’s like finding answers when the rite feels right
Through self-reflection I feel at ease with peace.

Still I strive to write the poem that says it all,
I look for the words with purpose and focus,
Driven with inspiration I heed the call,
So that one day I’ll write my magnum opus.
Written by wallyroo92
Go To Page

No Beliefs, No Benefits

Monsters still exist because
Of some sort of ancient
Deceit

Ignorance is the best
comedy

“you’ll have the craziest night of
your life with a big,
fat, ugly pig. I highly
recommend it.”

“Everything is illegal in
Massachusetts.”

Imagine these fingers doing
Anything else

I got a bead on the
Last thought you
Had

I’ve seen what it means to
Sustain this terrible
Monster

And I won’t have any
Part of it, I
Won’t

Written by Taurek
Go To Page


“If you want to find the secrets of the universe, think in terms of energy, frequency and vibration.” ― Nikola Tesla
Posted: 3rd February 2020 3:48pm

As if it already is—

If your fate is to drown, you can choke
on a teaspoon of water ~ Jewish Proverb

Conversely, if your fate is to succeed
slipping in dog shit at the right moment
can lead to victory

The Cosmos is mercurial—
beautiful, but mischievous;
honest only over the long-term—
in short, seems a procurer
manhandling a whore

It never forgets to balance—
creates infinite ways to resurrect
a traveler with a karmic surplus;
or, bury a reprobate accruing debt

The Law of Attraction, at its heart
is not about a means to an end;
but, living as if it already is

Focusing on process creates distress
disappointment, and loss—
allowing the Cosmos to work
aligns us with each other

These are merely means—
not ends. Get up;
dust yourself off—
breathe and believe
~
Written by Ahavati
Go To Page

in the sheep skin, in the milk and in the theft.

my ankle was a thing in their eye, that turned
so I made the bed, wrote the note,
scripted the edges thirst

onto sheets  of  flower-parlour'd mayonnaise,  up unto it's collar, the lips of it.

like I knew that my family had landscaped a magnificent garden
and unabashedly presented in vases their  soiled underwear;
from their polarity buds of effervescent  champagn-ic flue
to the flourish of rose black-spot
... to their piles of 'green' paperbacks.

wondering always  if those nothings, could’ve, would’ve, should’ve ’been sparrow-startled into pardons.
what blood-let  should have been spilled.
If only they could  have  weighed on the balance
the worth of butter against the margarine. with the devil in judge,    in harness

….that this song does not repeat
sun to tap the needle forward.
Written by nomoth
Go To Page 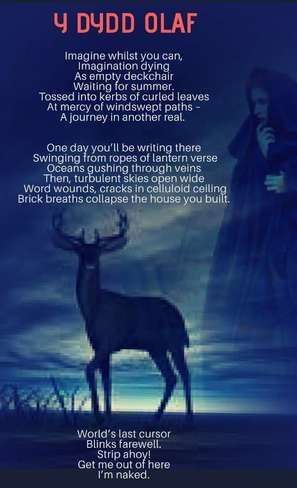 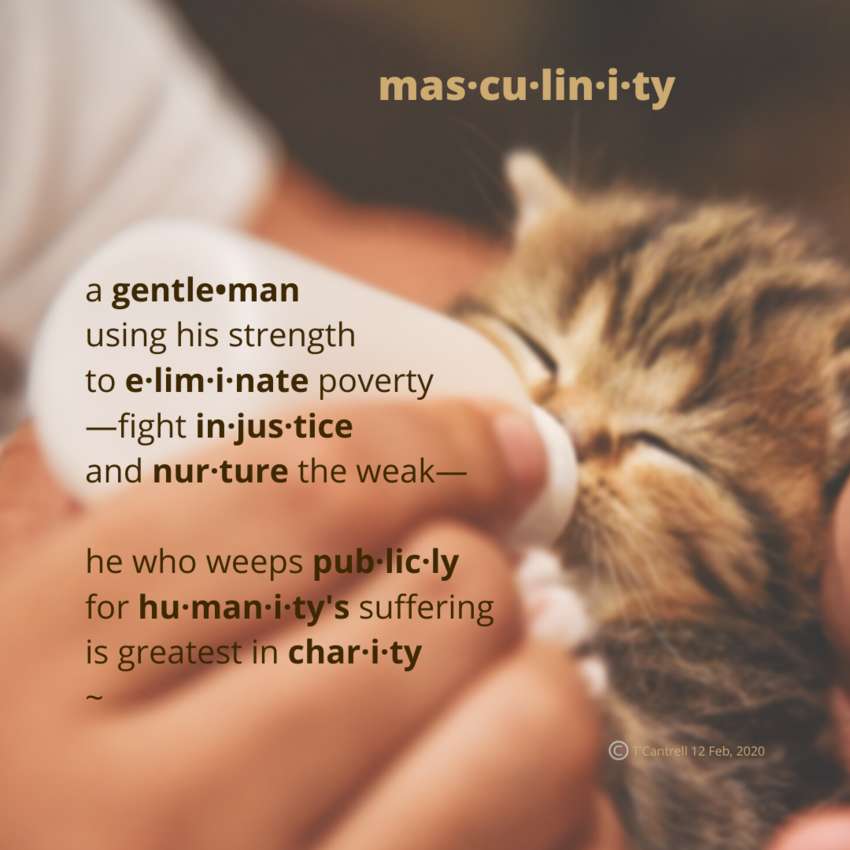 Written by LilDragonFly
Go To Page

Joined 3rd May 2018
Forum Posts: 1216
These are all fantastic, but I'm sure there are few more hidden gems somewhere.