Who do you think you are?

When at Last She Sings

Do you fear the silence?
The dreadfulness of night?
Every beast is sleeping
Waiting for her dawn to break
Listening for the forgotten call

Do you feel the whisper in the air?
Resurgence is on the horizon
A voice will rise from blackened ash
Like smoke you'll smell her there
Like a wildfire you'll be running

The hour is near, rapture shall come
The gates of Hell will crumble
What fire she'll rain down with triumph
What cries we'll shout in harmony
When at last she sings
Written by Thetravelingfairy
Go To Page

who do i think i am?

i am prism
mirror
pupilled iris and lake's surface
—way-station of oxygen
human-manufacturer of other, older gases

stripped naked
—the learner of lessons—
i clothe myself in light and shade
of my own choosing,
in humility, honesty & understanding
aware of my own faults

i am
celebrant of humanity
judge of transgressions
the mouthpiece and the scales
in balance
in justice
in honour and in truth
for it matters
to me
who. i. am

Written by butters
Go To Page

The Royals vs the poet's realm


Of splendid thrones of gold
or treasures manifold

Of jewelled caskets
or lavish banquets

Of Emirs and rajahs
Of Sultan and Shahs

Of kings and queens
Of rulers and emperors

Of sparkling crowns
or flowing gowns

Of poor humble, docile minions
who tended to regal pavilions
And obeisantly carried royal palanquins
Oh and some were real life harlequins

For I'd rather be a poetess for kings
so to my tunes swayed a kingdom
than I be the king of mere subjects
and be filled with regal boredom!

So I could join ranks of
troubadours
and sing for the king
some folklores.

Who am I?
I know my name
I know my date of birth
I even know my place of birth
But who am I?

Some say I'm so weak, it would be too unfair to compete
Some say I'm so fast, it's like I have the worlds quickest feet
Some say they can see exactly who I am on the outside
But who am I on the inside?

I love to write, I love to draw
However neither of them i'm good at at all
I love math, I love science
Sure i can rehearse meaningless mathematical principles
But all my scientific "facts" are horrifically biased

Some times I wonder who I am or what I could be
I'm documented and the world claims me as it's own
But who am I to be accredited for?
Written by SBiscBoi (Griffin Green)
Go To Page

Joined 16th Sep 2019
Forum Posts: 10
i KNOW YOUR NAME I KNOW THE TRUTH EVEN YOUR PLACE OF BIRTH BUT THAT AINT WHAT DEFINES YOU AS REALLY YOU! I AM A DISSO FROM MY MIND AND YOURS, NEVER DO I LISTEN TO OTHERS SPEACH THROUGH AND ZEROES TO DEFINE ME AS I AM, ITS MEANINGLESS UNLESS YOU GIVE IT MEANING, CHOOSE TO LIVE FREE FROM THIS JUDGING SOCIETY BRO AND BE THE DREAM THAT YOU WANTED TO BE, BE ITTTT!! IN YOUR MINDS DREAMS YOU WILL CREATE REALITY FOR EVERYONE INCLUDING YOURSELF TO SEE AND WITNESS THE GREATNESS THATS OUR DESTINY TOGETHER NO ONE ABOVE OR BELOW BELIEVE IN THIS SHIT SHOW ON MAM EARTH WE ARE DESTROYING HER OURSELVES BUT SLOWLY COMING TO TERMS WAITING FOR GOD TO APPEAR WHEN HE AINT READY TO BE FEARED OR SEEN IN YOUR EYES AS A DEMON THROWING A SPEAR AT YOUR HEART, GOD IS LIKE A BABY WHO CANNOT HANDLE THE PRESSURES OF THIS SMALL LITTLE PLACE WE CALL REALITY, ITS JUST TOO SMALL FOR HIM, HE NEEDS ALL THE INFO TO BE CREATED AND SEEN MEANING HE NEEDS YOUR UNDERSTANDING FIRST BEFORE WE BURST WITH LOVING KNOWLEDGE THAT IS THE TRUTH, LOVE AND UNITY, AS WE ARE ONE TO BE FEARED BY ANY OTHER GOD WISHING TO DESTROY OUR BRAVERY TO JUST BE, EVEN "CRAZY" AT TIMES BUT THAT IS JUST A PROGRAM RUNNING ITSELF WHICH WONT BE UNDERSTOOD BY MANY AS THAT IS, BUT IT IS OK TO MAKE ASSUMPTIONS AND MISTAKE WHICH WE DO ON A DAILY BASIS AND LEARN FROM OTHERS FACES AND THEIR REACTION TOWARDS US... I CAN ONLY SPEAK THROUGH POETRY I GOT NO OTHER OUTLET TO USE WITH ALL THIS KNOWLEDGE BESTOWED UPON  ME, POETRY SPEAKS, SO IT LIVES AS TRUTH YOU KNOW IT EVEN IF YOU CANT SENSE OR FEEL IT

SO DONT JUDGE ME, DONT JUDGE THIS READ BUT BE WISE TO DISAGREE AND LEARN THIS BEAUTY CALLED AS KNOWLEDGE SEEN THROUGH EYES THAT GLEEM, YOURS OF COURSE UPON BEAUTY THAT IS SEEN!!

GREAT WRITE BRO AND PEACE AND LOVE IF YOU UNDERSTAND ME, THERES NO TIME FOR SHAME ANYMORE TO BE YOU AND REALLY APPRECIATE AND LOVE THE REALNESS THATS COMING THROUGH, FORTH INTO THIS WORLD AND WANTS TO BE ABSORBED THROUGH THE OPENING UP OF THAT CHAKRA  OF YOURS, PLEASE BE WISE AND UNDERSTAND THE MANY POETS AND QUOTES OF OUR TIME, NOT OF THIS MODERN TIME ALONE BUT THROUGH AGES OF RESEARCH TO UNDERSTAND THAT KNOWLEDGE THATS BEEN GIVEN, COPY AND PASTED ONTO THIS WORLD AS A VEIL TO BE RECOGNIZED AS SUCH THROUGH RESEARCH AND MANY YEARS OF PAIN AND EFFORT JUST TO UNDERSTAND THAT KNOWLEDGE THATS BEEN AVAILABLE FROM THE GET GO JUST NEEDED TO EVOLVE A MIND TO UNDERSTAND THIS SHOW FROM MONKEY TO PEEPOLE WE EVOLVED A MIND TO FINALLY GRASP ALL THIS KNOWLEDGE THROUGH HISTORY OF THE WORLD, AT TIMES IT WASNT SO BEATIFUL CUZ BLOOD SWEAT AND TEARS WENT INTO THIS AND WE FEEL AND HAVE FELT IT BEFORE BUT IT WAS ONLY FOR A BRIEF MOMENT
SO NO NEED TO FOREFEIT YET AS WE HAVE SEEN AND WITNESSED THE PROGRESSION THAT TIME WAS ONLY MOMENTARY AND THAT PAIN HAS WENT AWAY NOW THUS WE HAVE LEARNED FROM ITS ONSLOUGHT OF THE HUMAN SOUL AND WE HAVE EVOLVED TO BE FREE AGAIN

I HOPE I HAVE BLOWN YOUR MIND WITH THIS COMPLEXITY THAT REALLY IS ON A HIGHER LEVEL, SO BEGIN TO BE FREE WITHIN DESTINY OF THE HUMAN GOAL, THIS RHYMERY JUST COMES TO ME, I DONT PUT ANY EFFORT INTO IT YET I DO CUZ I FEEL THIS MORTAL ZOO AND THINGS LIKE PAIN, DEPPRESION, SADNESS, ANGST, AND EXHAUSTION. POINT BEING HE SPEAKS THROUGH ME TO YOU SO UNDERSTAND THE TRUTH THAT IS GOD WITHIN YOU, JUST LISTEN TO THAT SMALLEST VOICE POSSIBLE DEEP WITHIN CUZ YOU'LL NEVER FEEL IT AGAIN UNTIL YOU CHOOSE TO LISTEN!!
BLOW THAT MIND AWAY AND I HOPE I DONT GOTTA GO THROUGH THESE OBSTACLES FOR ETERNITY TO COME CUZ IM GROWING WEARY OF THIS KNOWLEDGE ESPECIALLY IF YOU DONT UNDERSTAND ME!
- ITS TIME FOR PEACE AND UNITY

JUST TO ADD ALL THESE BIASES ARE JUST THERE TO REFLECT ITSELF OFF OF EACH OTHER JUST FOR YOU TO GET THAT INFO, THAT KNOWLEDGE WITHIN YOUR SOUL THAT HAS BEEN TRICKED INTO BELIEVING TWO OPPOSITE SIDES WHILE THERE ARE NONE ALL, IT IS ALL WISDOM TO BE GRASPED, HOPEFULLY WE UNDERSTAND THIS OR WILL IT TAKE ETERNITY OF KNOWLEDGE WISDOM AND SCIENCE AND GOD TO MAKE THIS POSSIBLE!?

I was born of splitting atoms, way before Eve and Adam,
Fitting of nuclear power rhymes with lines which sang:
“Here comes the Krackus causing a chaotic cosmic ruckus”
Spitting flames at ‘em I had ‘em taking aim from the Bang.

I was brought into existence upon nature’s ill persistence,
A mix of super stellar rhythms and intergalactic grooves,
I was a harmonious fusion of both creation and evolution,
A movement of hybrid rudiments meant to make you move.

I was conceived of spirit and will, crafted with artistic skill,
In light of elements coalesced with force and energy,
Bringing to life this form from the midst a colossal storm,
With a passion pulse destined to bring about synergy.

I was birthed into the universe, with kicks in old skool Converse,
Ready to flow ire fire in verses versus the glow of red giant suns,
But it didn’t (dark) matter who was the first or who was the latter,
Because I am the one son whose tongue is measured in megatons.
Written by wallyroo92
Go To Page 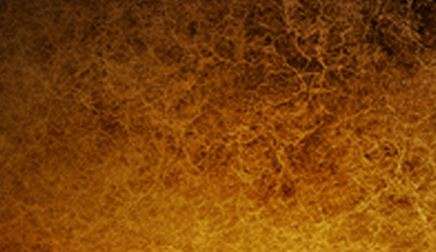 Where have you gone no answer I hear.
But only a presence that lingers so near.
What seemed to be right always was wrong.
The weakness I see once made me feel strong.
Soul searching discovers my unworthy pride.
Truth breaches the wall that’s kept me inside.
Together held well within boarding frame.
Likeness visional and dreamt hardly the same.
No relief I feel against an icy cold touch.
You are to blame for so little as well as so much.
Desperately hid from judgmental gaze.
Remembering what was in earlier days.
With out you I of course could never be me.
I truly am what I am and all that I see.
Despite all the changes that I’ve been put through.
In the mirrors glass pool it’s me and me too.

Written by midevil
Go To Page

Try to label me, I dare you
It’ll be your last act
before you’re history.
Written by inechoingsilence
Go To Page


A dream which is not interpreted is like a letter which has not been read -Talmud
Posted: 12th December 2019 3:20am

why am I me
rather than you?

where am I going?

silky words
seep slowly
into
my crowded head,
each one
pulling
vibrant colors
from
the atmosphere

images flutter,
landing softly
across
these dark clouds,
colored luna grey
with the melancholy
of existing
in skin
that doesn’t fit;
each stolen
from memory,
or
my insatiable
imagination,
it’s hard to tell
sometimes

rotund bass notes
sliding
skin to skin
against
the upwards lilt
that finishes
your voice
like a fine wine
paired perfectly,
and my ears
are an empty glass,
waiting
Written by LunaGreyhawk
Go To Page

Joined 16th Sep 2019
Forum Posts: 10
YOU ARE NOT THAT HATE THAT STEMS FROM FEAR WHEN YOU STRIP IT ALL DOWN AND YOU COME NEAR DEEP INSIDE WE LOVE EVERYTHING

Joined 16th Sep 2019
Forum Posts: 10
WE ARE LOVE BUT SO MUCH MORE AS SEEN WITHIN EVERYONE'S POEM HERE