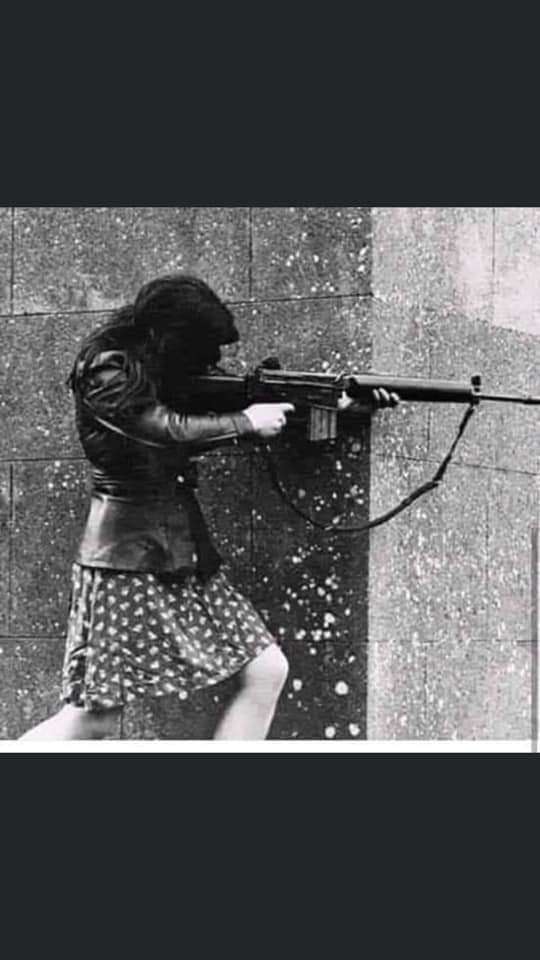 I've noticed theres been a shift towards short poems among a fair amount of poets. I like them, they pack a punch, deep as an ocean, sharp as a Jewish accountant


Please write a poem (new)  with words not exceeding 25. Title not included

I've a theme for this one, if you dont mind. The image above struck me, and her story, I found quite beautiful:

she took the gun from her injured husband who was carted away in a car to a safe house. she kept the army back until she was eventually killed. when the commander of the army saw they were fighting a woman he told his army not to touch her. she was buried by her own kind

anyhow,  he said aloud "we fight for a queen who cares not about us, and she fought for love and nation"

The photo was chosen for Women's day in Ireland and the quote below was written on top:

"Don't be afraid to be associated with a strong woman. One day may come and she'll be your only army".


take what you like out of the image, no need to take it literally if it's not your cup of tea, concentrate more on the quote

she was a gun.

she blew away
whispers of smoke;
not for herself or her
husband— but a
whole nation standing
behind
her.
Written by _boybrains
Go To Page

yes, that's what I'm talking about.  depth,  I like how you present her. good stuff, well done

my one woman army
equipped by love
an arsenal of prayers
reinforcing vows
faith in the ideal of me
realized by the best of you...
Written by cloventongue89 (Nathaniel Peter)
Go To Page

The End of Conflict

your arms disarm me
affectionate weapon
outgunned by beauty
passionate armory
loaded with a cause
love is the fight
and yet the end of conflict...
Written by cloventongue89 (Nathaniel Peter)
Go To Page

I lay
still as the fog
in winter

then felt her lips
on my forehead

fell into sleep
with a smile

Good stuff there Miss Indie, love it. welcome to the hood

Bitch In Ditch With Killer Itch

Rifle Crack Step Back No Slack 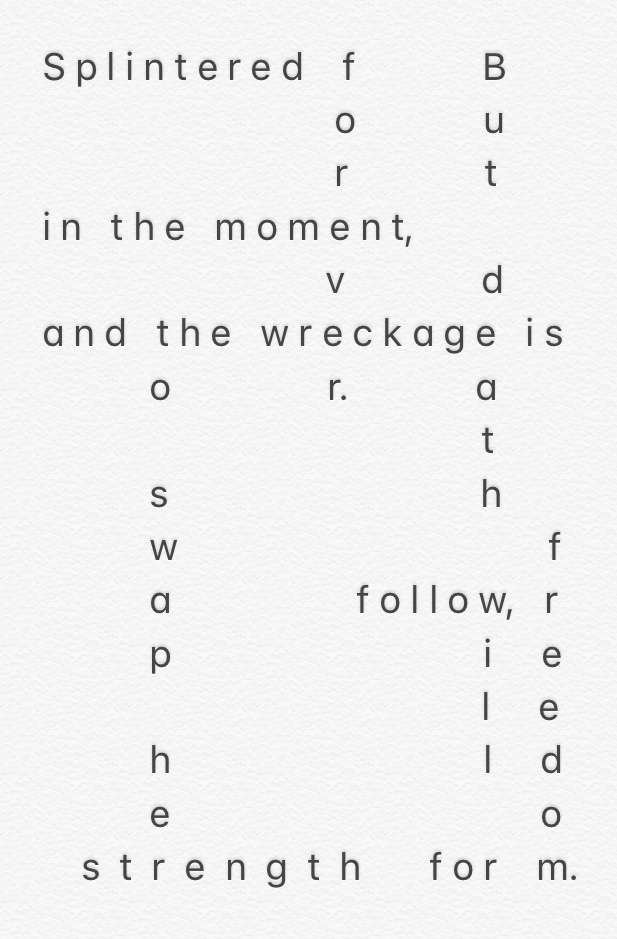 
Splintered
in the moment,
and the wreckage is forever.
But death will follow,
to swap her strength
for freedom.

her iris—
commanding
millions of
armies.
Written by _boybrains
Go To Page

Missy, should I ask how you knew that is an AK