A bathing midnight sun’s soft glow
Caress lost souls and freed shadows.
Along a path of lesser light
Came the children of the night.
No longer forced to wait and hide
Their hunger fed till satisfied.
On mortals flesh they often feast
Such bloody banquets feed the beast.
Beyond the end of fairy tales
Where laughter turns to screams and wails.
Awaits a different kind of end
Those faint of heart can’t comprehend.
The naďve and weak is how it thrives
That one such fable still survives.
Away from grandma’s lonely home
And wooded fields she used to roam.
Into a world of glass and steel
She’s at home amongst her meal.
No longer known by local folk
No longer worn red hood and cloak.
From elder eyes she’s grown apart
A different spirit’s touched her heart.
Blessed for life as well as cursed
A full moons hunt to quench her thirst.
Carnage till the break of day
Cure her heat by pure soft rays.
Remembering well the taste of fear
The cries for God and screams she’d hear.
The sounds and smells that filled the air
Her muscles rippled beneath coarse hair.
How sweet the power as thick as sweat
No remorse no pity no regret.
Deep within she’s found some peace
In death is how this spell will cease.
For no matter what the switch
Life will always be a bitch.
Written by midevil
Go To Page

She wolf  wears a skirt

The gallery of thicket is your backdrop
A trail you run, your cities bypass
The scent that leads to your inner needs
A sacrifice by any way or means

BROTHER OF THE HUNT

He, with cunning and speed
I, with sharp flint and long wood
Together we conquered the prairie
And every forest that stood

Today, like him I am loathed
For being a deer hunter
So maybe it’s time, once again
To call the wolf my hunting brother
Written by snugglebuck
Go To Page

I've swam the most treacherous of oceans,
dived into the darkest caves.
Been held captive in cages,
and tortured for my sins.
I've glimpsed the grimmest of graves,
walked the darkest of valleys.
But never for a second feared.

O' Lora, my love.
I've been hurt,
I've been made to bleed.
Death has visited me so many times,
There's no limit to what I've seen.
I've been broken,
torn to pieces,
And drowned.
As payment for all my wrong doings.
In turn I've exerted my vengeance.
had my hands on the hearts of non belivers,
ripped them to shreds and learned their truth from feasting upon their livers.
Never for a second I was thankful for the life the Sun gives us.
I've never feared.

O' Lora, my love.
My dearest Lora, my only one.
You've accompanied me through the darkest of nights.
gave me comfort, you gave me light.
You're my North star I'll follow to the end of the line.
You give purpose, you give me direction.
Nights are longer when I don't see your smile.
I don't know what life would be without you.
I don't remember my life before you.
The only thing I fear, is losing you.
I'm just a wolf howling at the moon.
The Wolverine.

Written by poetOftragedy
Go To Page

No one yet knows that there is wolf blood
In my veins, guiding me to the place one
Calls home. I am among my brothers and

Sisters, a part of the pack. Snow like crud
On my paws, but still I trek into clear sun-
Light and harsh winters. I feel all this land

Standing so still beneath me, but I move
Like a stealthy warrior and goddess lurking
In the shadows. I wait silently as my prey

Do not know as I am watching. I will prove
My enemies wrong again as I am working
Hard to disarm everyone. They always pray

For my downfall, but I come back hungrier
And thirstier for what keeps my blood alive
Like a flowing river that never stops, even

In the middle of winter. I am a creature
Spanning hundreds of years old, but I dive
Into the realm of me; a wolf to believe in.
Written by eswaller
Go To Page

Between Worlds Power One Never Cowers 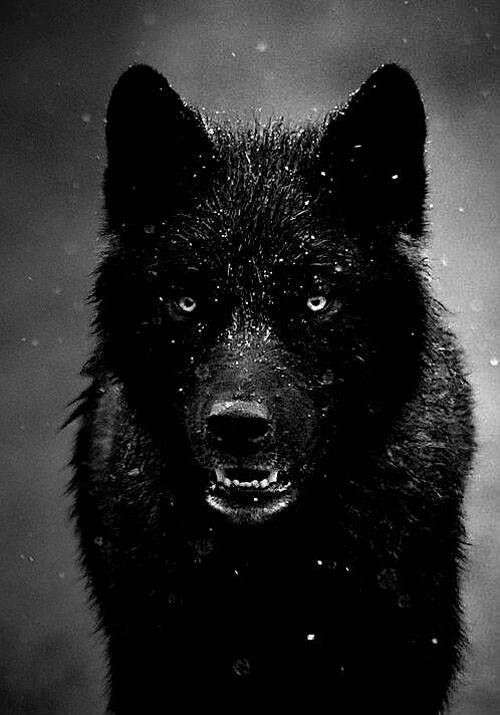 In each of us lies a disposition,
A primal instinct,
A primitive element dating back thousands of years,
Like the call of the wild,
Untamed spirit raging to be free.

In this essence
There is a life force yearning for family,
Protective and caring,
Tended to from the womb on down through maturity.

These primordial impulses:
To hunt, feed, survive
Give chase to our quest without question,
It’s the natural drive pushing beyond boundaries,
Like the wolf in pursuit of its prey,
It is the inherent power of nature and all universal things
That makes us animal and human.
Written by wallyroo92
Go To Page

Joined 3rd Feb 2014
Forum Posts: 1873
Thank you so much.  What an honor to be selected among such great contributions.