EVICTION IS MY PREDICTION

The next great war will not be man against man
But man against nature
Want to bet who wins?
Written by snugglebuck
Go To Page 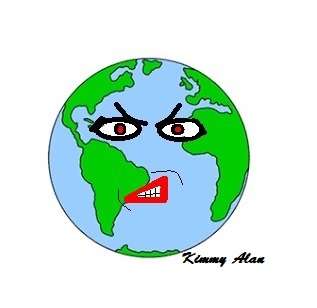 (Put your feet up mix a cocktail and relax)

I have been called many things
Everything from cabbage to kings
Stumpy, grumpy, frumpy, and bumpy
A gentle man, half a man, walk like a man
Talk like a man, a mans man, a ladies man
A jester, uncle fester, wears polyester,
A protestor, shrewd investor, drug tester,
A sheep molester, a sexual pester
Been called Sylvester, Lester and even Ester

So I have some new accusers
And like so many other abusers
They have new name they can call
I thought I had heard them all
But apparently, I am in de Nile
This ironically makes me smile
Now this bud needs to be nipped
I have never ever been to Egypt
So suck on that
You name calling twat

Excuse me for this preamble
For this rhyming piece of ramble

The planet is fine and dandy
Global warming lies are handy
The Ice sheets are not reducing
NASA facts I'm introducing
The ice sheets, every year get bigger
I don’t mean to make you trigger
There are more trees now than have ever been
But the facts don't matter they are rarely seen
The planet changes regardless of man
In fact, it changes despite the toiling of man
95% of all gods’ creatures who have ever lived
Extinct and man's guilt should be given short shrift
And if polar bears and rhinos are dying
Nature gave them a chance and got fed up trying
Nature moves on without regret
Sits on her throne, smokes a cigarette
Invents new species as willed
They will all kill or be killed
I look forward to the day
When nature makes mankind go away

So now, I am a climate denier
In addition, I am a science denier
A conspiracy theorist, a nut
A kook, a lunatic, and a mutt
The very name-calling is anti-science
Global warming is a religion without question
Dare anyone make an alternative suggestion
Its all about power, money, and greed
Ignoring hard evidence, well lies need to feed
Fear mongers and prophets of doom
Get out of our children’s classroom
It's one theory, not fact
Moreover, we are not going to act
Because anything man does is ineffectual
Despite Bill Nye the pseudo-intellectual (Guy)

We have had:
Round earth deniers
Deniers of sun rotation
Evolution deniers
Deniers of germ science
Antibiotic deniers
Deniers of flying machines
Electricity deniers
Deniers of the edge of the world
Heart bypass surgery deniers
Technological advancement deniers
This list is without end
All of them wrong
And the reverse of them
Could be proved wrong any day now
Science is a moveable buffet
Science is not an exact science
It awaits change by invention
And challenging conventional thinking
Every doom prophesy of
"The Inconvenient Truth"
Turned into “The Convenient Lies
The author made millions
With nothing but junk science
No predictions came to pass
The answer my friend is blowing out your ass

The indoctrination of children with just a theory
Taught as fact and taught not to query
Is child abuse
Does this make all who worship at the alter
Of man-made climate change a child abuser?
Maybe calling names back
Might be a start
So it begins, the revolution
It’s a natural evolution
No one can hide
When the planet decides
With its fickle finger of fate
With destiny, we have a date
In the blink of a wink
Mankind will be made extinct
We are having the last dance
We have had our chance
Like an irritated dog
Scratching flees unclogged
Nature loses us in the fog
And out of the mist
We no longer exist
As cockroaches take their rightful place
Ending humanities fall from grace
Written by David_Macleod (David Macleod)
Go To Page 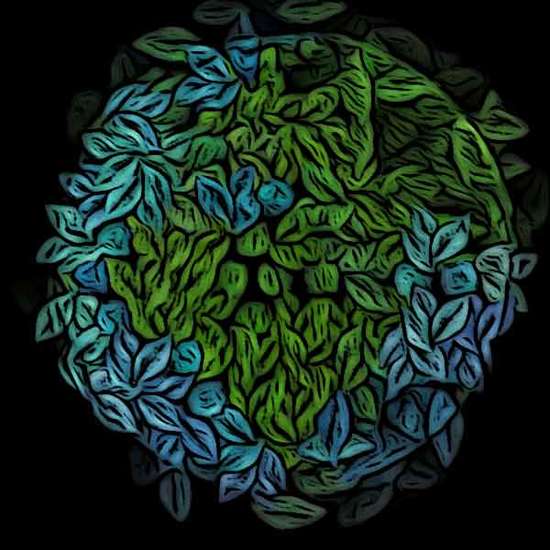 I didn’t believe it when I first had heard of it,
So I booked a cruise to the high seas,
There were rumors it was the end of the world,
Even scientists were baffled and ill at ease.

There were several ships at the destination,
When we got there it was a sight for the eyes,
But all of us were quiet in awe of this miracle,
As the flying whales took off into the skies.

The majestic giants floated upward free,
All the different kinds, in groups and in pods,
They sang a song like a floating Orca-stra,
Answering the calls of some ancient gods.

Then we all feared what we’d done to the earth,
The creatures of the deep had decided to leave,
As the whales swung their tails swimming in the air,
It was something that my eyes still couldn’t believe.

And the higher they got the lighter they became,
Disappearing amidst the clouds in the sky,
Their song of migration - to find another place,
Because planet earth soon will one day die.
Written by wallyroo92
Go To Page

What Do You See

When you see a rainbow
What do you see
The prophecy of Hopi or Cree
A bridge to the other side
The promise of God that’s still alive
A jasper or a sardius stone
The colors around the throne
A new tribe of warriors to lead the way
The double-headed dragon you can never slay
A marshmallow in a breakfast treat
The new path in life to a spiritual suite
A path to a pot of gold
The promise of a newborn to behold
As for me, all I see
The colors that can’t be undone
A ending that’s just the beginning
Made only by the son
Written by buddydog (buddydog H Faulk III)
Go To Page

Joined 11th Apr 2015
Forum Posts: 6071
Firstly, congratulations to nomoth for a much-deserved win. I almost didn't enter this because I felt his could not be topped. But, we're each instilled with our own visions that need to be shared, and it's never really about the placement, is it?  Secondly, congratulations soul, nice to see you back with one of your signature writes. Lastly, thank you, Melia, for hosting another spirit-moving comp, for placement among so many worthy entries, and for the personal RL Honour, which speaks volumes in and of itself.

wow i am actually a little speechless but so very honored too.
It was a real pleasure to write for the competition and just to be included amongst the other awesome poems/visions is so very encouraging.

Thank you so much Melia and much love and admiration to all the other participants.

Joined 2nd Feb 2017
Forum Posts: 724
nomoth said:Thank you so much Melia (Sorry for being late in replying)

wow i am actually a little speechless but so very honored too.
It was a real pleasure to write for the competition and just to be included amongst the other awesome poems/visions is so very encouraging.

Thank you so much Melia and much love and admiration to all the other participants.