Blasphemy Or the Truth

Write your true thoughts on Religion or Religious beliefs based on the picture provided.
Related submission no longer exists. 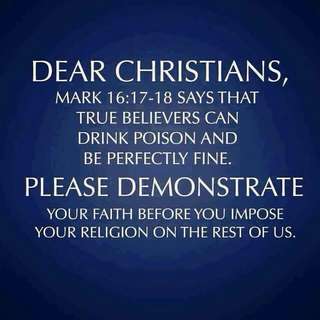 The picture and poem is your guide.


*Old poems or new are accepted.
*Keep it short and sweet preferably 250/200 words or under, if it's longer it's ok.
*All members must have a profile picture.
*No commenting on other members submissions.
*No rules in terms of explicit content, be creative, any genre on the topic.

The messenger came in, spoke in his ear,
The one who had received in morning's light,
Of what had come to pass just then that year;
His eyes grew & drew in their hardened sight.

The flames began to flicker at his feet,
The news befalling those in their last breath.
Such unbelieving sadness from its heat
In moments of a generation's death.

The third all-seeing eye that knew their fate,
When destined, one-by-one, as was foretold.
Of all the man-made temples built on hate,
To ashes ground into the dust of old.

The journey of the one for us who died,
The world is spinning on a faith's mistrust.
No matter what belief each man abide,
And waits to claim which of them is more just.

Apocalyptic triumphs' ruins cold;
The masses freed of global social hacks.
The corporate holocaust has lost its hold;
Yet hope anew has no where to turn back. 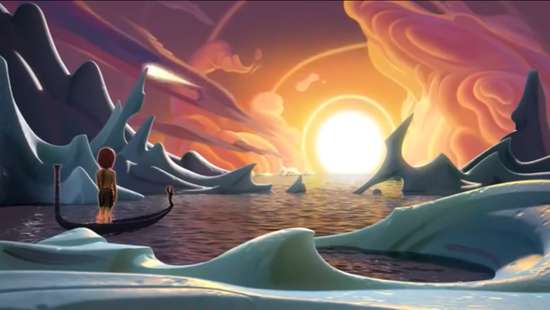 
There is no religion, only
truth
and those who would dare
to tempt the Lord, testing
His mercies with bags of serpents.

Would you dare, just believing
the Truth
as it would fill the body, like
waters rising
and verily, cast out demons
through faith?

We speak in new tongues, as
words become flesh, holy
unto Creation.

Harmed, not, we are by poisons
imbibed
in the spirit, not corporeal bodies
for herein lies true understanding
of Mark’s words:

We are but vessels for God’s healing
through belief.

Religion is of man
faith is of God—
would you dare believe half-truths?

1 Thou shall have
no other Corruption
before Me

2 Thou shall not
make any images
unless it is
Deceptive

7 Thou shall not commit
adultery
without
destroying the family

8 Thou shall not steal
what is
not worth stealing

10 Thou shall not
covet
anything that brings
no profit

Christianity lies
No Lord to protecting you
Imaginary

An after church gang,
seekers of brunch establishments,
beating their chests,
spewing poison consumed in their Sunday serving of idiocy,
and crying "Alleluia",
rudely interrupted her idle frappe sipping...

Maria, calmly, lit a cig
and offered them a piece of her mind:

"If you think about it, (not that you'll ever do),
it is far more meaningful to admit meaninglessness
in a world convoluted with meanings...
It, certainly, forces hints of freedom on you"...
Written by takis1917
Go To Page

Be it round... or be it flat
Say Hey...What does it matter?
You right-wing zealots all agreed
to preach only the latter...

From my Point-of-View
You're Religiously wrong
for shoving your creed
down the throats o' the throng.

That said... I would really prefer you consider
that a full-grow-adult
just might have a glimmer
of plain common sense...

Stop peddlin' yer Dogmatic poop
be so kind...
as to mind your own business...
and keep out of mine.

We don't have to take it
Go climb back in your box...
That B.S you're peddling
is worse'n the Pox.

The Lord said, Go into thine own closet each day.
close the door, and in private, to your Father you pray
So it says in that Bible you carry all day.
I think everyone's B.S deserves equal time.
If I choose not to listen... that's also jus' fine.

If you really have faith, you won't need any converts
to make you legit or purchase your way...
Your faith will sustain you...
and if it doesn't ...
There are others to choose from... try a-Dogma-a-day?
Written by Ely (E.A.Rothwell)
Go To Page

The Influence of Rome

The influence of Rome...
is apparently home...
to the way of thinking...
of more than a few...

But then there's religion...
like bait for a pigeon...
and made of implausible promises too.

One can only surmise...
it's a fabric of lies
I wouldn't believe them...
would you?
Written by Ely (E.A.Rothwell)
Go To Page

Where Does The Dare Leave Me?

How can I accept a dare of Faith
when knowing what I know prevents me from believing?
What does Easter mean to one who has seen into the eyes of his creator
at his own peril?
The poison that races through my veins
cannot kill the corpse I've already become
Just like Christ's own body,
poison had no effect and his lightning served as a sword
Running me through while running through me
to enlighten all doubt within my soul
I can't believe it happened to me,
not as an unbelievable thing, but because I know it did
And so Faith has rejected me and I would trade anything
to forget all that can't be denied
What is a cup of poison
but a temptation to a thirsty man approaching death?
I scoff at your oasis as a pathetic attempt to tempt
a lifeless man thrice struck and left undead
So remember my face dear Lucy Saint Anne,
for I am the heir alone to an empty purgatory
I suppose it could be worse,
thrown into a pit of boiling souls burning in eternal fire
But how now to compare never ending loneliness
to infinite echoes of endless screams?
One cannot rise from a grave
if the ground beneath him is left unhallowed
But neither can he rest in peace
when the war declared upon him ends after eternity
Written by Poetryman
Go To Page

Blood of My Soul

My finger was cut and I saw my blood dripping into a pool
I knew my blood was real, no more a mystery
I was warned, told to be careful, but how was I to know?
Blood was just a word painted red in my head
I did not believe the truth I could not see
But now I know and I know seeing is not believing
Seeing imparted knowledge of the red liquid flowing within me

Then I touched the light and saw everything in Heaven and in Hell
I saw a book without my name and hung my head in shame
The voice spoke again saying faith spilled from my broken soul
Then there was pain unlike any ever felt
Wanting to vomit the remnants of my essence
I want o believe, to forget all I've come to know
To not remember the face of God when he spat upon my soul
Written by Poetryman
Go To Page

What do you mean all entrants must have profile picture ?

Is my eye in the triangle not good enough ?

Why would you or anyone on this site need my profile picture ?

I take great offense if that is what you truly mean...not your or anyone else's right on this site..


Forgive me if I took your meaning wrong , but that sure is how it sounded , like you want my picture and that is a no go no flow...

Just clarifying...and That is the Truth