Set me free (A Haiku)

I am made up of the four elements
The air, water, earth and fire
I embody their nature in my being

I am molded from the earth and fashioned to perfection by the Potter's hands
The blood that course through my veins is the fire that lights my passion, that sparks to stir my emotions, that fuels the heat that keeps me warm night and day through out my life

Life is moving in me, flowing inside me
Synchronous to the flow of time in measured rhythm and cadence
I wake up to the rising of the sun, rest on its setting
And sleep when the night descends to envelop me in darkness

Written by Summerrain75
Go To Page

The Home in the Bay

Out on the sea,
The place I love to be,
In the middle of a battle,
Or taking a gamble,
That there's treasure in a shipwreck, cove, or island sand.

Ever since I was but a wee lass, building castles in the sand,
And watching the merfolk play,
And the ships boarding and leaving the dock at the bay,
Knowing this was my destiny,
My own prate ship of beauty.

To sail upon the seas,
The most fearsome pirate on the seven seas,
With the most loot,
And the highest body count, to boot!

And whenever I would gaze upon the water,
I could swear that eyes were gazing back from under that water,
That the merfolk children were looking back at me,
As I wondered about them, they wondered about me.

And when the water is clear, and still like a mirror,
I can see you on the surface of the river,
I see your face and remember the day that I dropped anchor,
By the dock,
And first saw you, sitting upon that rock.

Finishing up with a leaving friend, a dialog,
Your long, green tail, just barely dipping,
Into the same water that from sections of your drying hair, was dripping,
And then brushing out your long, thick, straight, silver and white, hair,
Which, as you turned around, was blown out of your face, by the salty sea air.

You caught me staring,
Feeling disconnected,
I couldn't help but smile as my face went hot and red,
I quickly turned away, and began talking, with the merchant,
And tried to push back the thoughts constant,
Of looking behind me,
And seeing who it was behind me.

When I finally turned back around,
I heard a sound,
A splash,
I thought, maybe a fish, beginning to thrash,
I looked down, saw the most gorgeous creature before me,
You cleared your throat, leaving me speechless, you wanted to talk to me!

Your eyes were such a bright, light blue,
Long, thick, dark, eyelashes, and a smile so true,
Rosy cheeks, a pale complexion,
Freckles across the nose and cheeks, and a friendly seeming disposition,
And on top of it all, semi-thick, curly, silver, eyebrows,
And the cutest frame of lines around your mouth, eyes, and brows.

"Sorry to bother you,
But your ship appears to have an issue,
Some of the boards are cracking, and won't withstand another hit,
They are soon to split."
Your voice was sweet, and somewhat deep, but not very,
Moments like this, happen but rarely,
Merfolk rarely wish to speak to humans,
Let alone, older marfolk, who usually keep their distance.

"Thank you, I will go have it repaired at once,"
Was my utterance,
I could hardly speak,
But had to hide how I felt, weak.

For the few weeks of on-land ship repair,
On a beach without compare,
In the salty sea air,
Watching the waves go by,
Under a splendiferous sky,
You came and talked to me every day.
Then one day, I surprised you,
With a new figurehead, carved in the likeliness of you,

And later that night,
Underneath the starlight,
When conversing about the beauty of the sea,
You asked if you could show me,
The glowing bay, in which you live,
As a going away present the night before I had to leave.
You knew bioluminescent sea creatures were my favorite,
In a sea that seemed indefinite.

The plankton there, lit up the cave above the bay,
And I wished I could stay,
And then and there...I told you what I had been trying to say...
Something so true,
That I was in love with you,
You said that you always knew,
And that you felt the same way too.

The water we were swimming in,
Slightly green, but so clean,
And so brightly lit, that I could see our lower halves as if on land,
The calm waters, the gentle tide against the land,
Swimming in the comfort of Mother Earth's womb,
The place I wish, one day, to return to as my tomb.

I stayed there that night, instead of the inn,
In loving, blissful, perfection,
But sadly, had to leave on the morn,
The sea, invisibly timeworn,
Was calling out to me,
To sail my ship on the salty waves, free.

I had to set sail,
My crew was awaiting, I could not bail,
But I wanted not to leave you,
So I promised to return to you,
And gave you my necklace to remember me by,
And said my farewell, with tears in my eye.

While I was away,
I thought about you everyday,
And every night,
Under the stars so bright,
Looked into the ocean, and saw your face,
I have never tried to replace,
The love of your soul,
And nothing could ever console,
My longing to be home,
And to nevermore roam.

Now nine months later,
With enough treasure to retire forever,
I'm returning to the familiar,
I'm making my voyage home,
Closer to the seafoam,
And to you, my love,
And our aquatic home, in the glowing cove.

With a surprise for you,
A child made of me and you,
From that wonderful night down in the cove,
Of our fates that interwove.
See? Fae has your tail!
Fae's both male and female,
Faer name is Luna,
And faer middle name is Bjorn, after your grandfather.

As the ocean is infinite,
Our love is definite, and infinite,
And our family,
Can live happily.
A house we will build in the cove, on the bay,
And there, with you, I will stay,
On the beach without compare,
In the salty sea air,
Watching the waves go by,
Under a splendiferous sky.
Written by Orc_Pirate_68 (Sabrina Kirk-Caldwell)
Go To Page

When I think of water and its many gifts of surprise
Such a marvelous given blessing in disguise
Spiritual showers from the majestic skies
Hydration to quench, it’s the bodies’ ultimate high
Liquid, steam, or gasses
A treasured commodity enjoyed by all masses
Pure in its element
Irrigation for field crop developments

When I think of water I think of unfiltered knowledge to gain
Umbrellas to combat, during life’s stinging rains
A thirst to know where my seeds were once sown
Crowns of glory unbeknown
Cleansing of the internal soul
Baptism through its rebirth, God’s earthly ultimate goal

When I think of water, is the glass half full, or half empty
Theoretically speaking, interpretation for the mind applied simply
Christening in faith with a drop to a baby’s head
Moses departed the Red Sea and led
Pharaoh’s army expired in its depth
Money, Stones, can never be compared to its wealth
Beautiful Ice Glaziers sculpted upon a watering freeze
Oceans, Rivers, and flowing Lakes settling during a gently breeze
A Swan, Geese, or Duck’s gliding dream as they navigate downstream
Fish swimming in sunken watery schools
Michael Phelps diving into his second home, an Olympian swimming pool

When I think of water and the weightless of its groove
The bubbling current in my Jacuzzi, relaxing muscles, thoroughly soothed
Nourishment of my skin tone to keep it appearing Butter Rum smooth
Beautiful Nile Lagoons
Playfully throwing water balloons
Navy Ships’ Missiles fired in an underwater seize
Torpedo direct hit, no watery escapees from a tight cabin squeeze
No one is mightier than the water, not even the sword
Refugees sailing, the high seas, in the mist of their freedom, American passageway as they explore
Slaughter of the innocence in its angry watery path
Tsunami, Typhoons, Floods, its wicked wrath
Forty Days and Forty Nights
Sunshine was overruled until the Heavenly Creator advised us to get it right

When I think of water, its freedom as it flows
Where it ends its journey only God truly knows
Free for some, however money now is its contributing culprit
You cannot live without it
In stores, unfortunately it costs to get
Water comes in so many flavors
Africa murky depths, their thirst is always wavered
Cannot even dip into a well to retrieve sanitary water to savor
Victimized by standards, I cannot tell you why
Rain dance ceremonies, Spiritual Healers, not helping the villages, no lie
There is water, although, transported by women’s head supporting their jugs
Miles to walk, baby secured on one hip, no comfort in the journey, no nation for a thirstless love

When I think of water, Queen Bithia in the Midrash comes to mind
Drew a basket baby from the Nile, who was later ordained to free the labor of woman and mankind
Therefore, the next time you take a thirst quenching sip
Be thankful you have water to move pass, your lips
Some nations do not have that filtered purity of such
Third World countries’ bottled water sources is not great as much
By the laws of nature, spiritually drink on
Your kingdom come, your will shall be done, on earth as it is in heaven
Always at life’s discretion 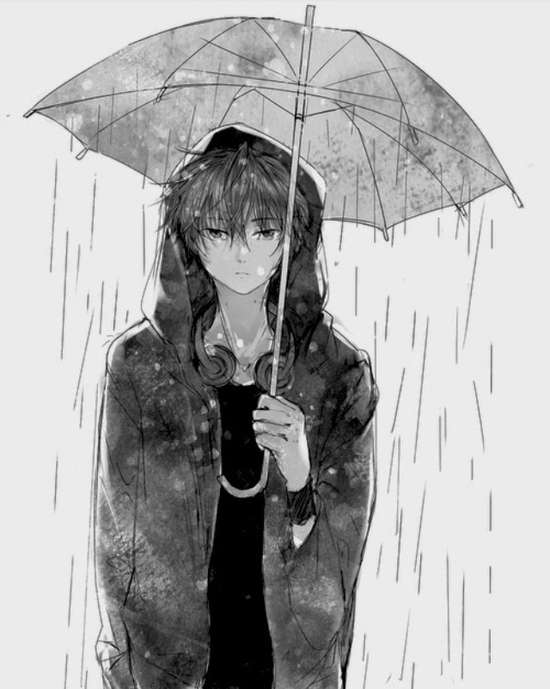 
A cousin also uses this site under the username Heaven_sent_Kathy, so please check out her writing. — Charles Owen Lawson: “All poets, I believe, are scientists in disguise.”
Posted: 14th May 2019 3:03am

The winter brought snow to the mountains,
And it brought rain down here in the valley,
Now the river is flowing once again,
Like a movement without a finale.

And in the current there I look for you,
The stream is like a dream immersed,
I’ve come down to the water’s edge,
Searching with this new found thirst.

When the water is clear and still like a mirror,
I can see you on the surface of the river,
The tears I wept have become like rain,
A vision that the heavens have delivered.

Joined 27th Feb 2014
Forum Posts: 287
Thank you, Melia, for hosting a most wonderful competition on a critical commodity.  I saw many excellent entries, in reading through, and consider myself privileged to be chosen as the winner.

Congratulations to SatInUGal and SweetKittyCat5 for running the pace really hot.  Kudos to all who submitted entries:  your subscriptions upped the ante for everyone -- and it was super fun.