Write a Gothic style poem. Edger Allen Poe's work is excellent to look over for this. 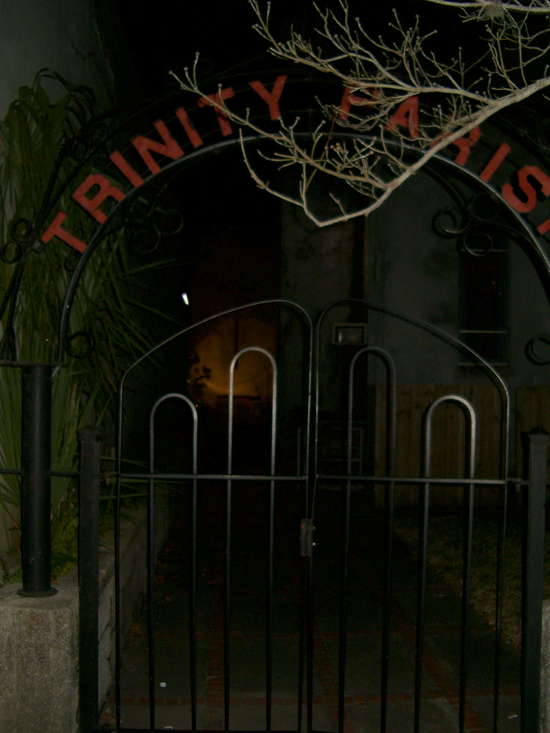 Guidelines:
1. Two maximum submissions per poet. Collaborations accepted.
2. Poem(s) must include Gothic elements.
3. Poem(s) can be any length.
4. One month! Good luck!


The Raven's Shrill, The poet's Echo

“In the company of imageries within my castle,
I voice for everyone my next poetic verse.
All the empty halls listen and echo my passion,
And in darkly rich verse I immerse.”

Through the courtyard, pulls up a hearse,
Beneath the arms of stone archways and hideous gargoyles –
All the ravens disperse.
The blood veining through these stone figureheads’ boils.

The coffin-conveyance disordered the black-wolfs of the court;
Heavenly light shot into their black eyes
And deep, rasping calls followed in retort.
They soon returned with their harsh, grating reprise.

Trespassers! The black flock surmised.
Their shrill shadowed the echo through these hollow halls,
The dark-suited burial conveyance led amiss of a poet’s demise.
Still, the poet’s verse calls.

Paths such as these treaded the dead poet’s caretakers,
Like old footpaths in the snow.
They foresaw a ghastly corpse, still, as soundless as open acres.
Little did they know…

The sullen ravens protested the bearer’s presence.
The pain in their knocking hearts,
As the blizzardy gusts of winter’s menace,
The black flock hovered the hearse in trepidation, till it departs.

A melancholic tune radiated throughout the halls of the castle,
Thought the ravens it was time for their poet to depart
And behind him, they would follow his trail of light.
Lo! Then in place of squinted, teary eyes, they widely part!

Little did they know…


They tore the veil from off her face,
and pick’d her eyes, behind the lace,
those raving, rabid, black-winged crows—
their motives, only they did know.

For when she set upon the ground
her footsteps, nary made a sound
‘cept for the crisping of the leaves
‘tween tooth-like graves, amid the breeze.

She came upon a certain stone
which beckoned her to kneel, alone
and place her palms upon the soil—
no time, there was, to then recoil

and make her haste back to the gate
which when she entered, sealed her fate.
“My God, my life!” in wails, she did
when pulled down in, to where they hid,

those black-winged crows, a-rave in wait
‘neath sodden earth, within the grave.
Ah, the blood, and ah, the lust
to pick and pick, they surely must

leave no flesh, no trail, no trace
of how they work within that place,
and when the banquet is all done,
she and they, become as one.

Alas! And lo, and rue the day—
she, now winged, shall fly away
and leave her lace upon the ground,
a testament to what she found.

Madame I must say you are an extraordinary poetess! The piece was darkly rich and velvety in its flow. Beautiful write!
-Daniel

Joined 17th Feb 2013
Forum Posts: 5191
gothicsurrealism said:Madame I must say you are an extraordinary poetess! The piece was darkly rich and velvety in its flow. Beautiful write!
-Daniel

Thanks so much, and great competition idea!

A sound of rain upon the water
Washing out the world I left behind
This morning of magenta, another
Upon shoulders of eve, wept the light

And from the stream, magnolia petals
Dew-laden, like distant memories
Or perhaps, like rust upon metal
Porcelain symbols of life bereaved

It hangs from my neck, still
Iconography, beckoning my affinity

Her semblance, fairest that she was
Yet swathed in sorrow, held an ossuary

And a shadowy hand in hers...

And I knew that perdition was surely mine
But of what accord do I haunt the slopes?

Before thy soul sank shadow deep
Within an ornate tribute room
Thy body, bones, within its keep
I felt your presence in this womb

Like a hidden face, Lethean tapestry
In the gasp of a moment, invection

I could wrap around her vapour arms
And through her…

Where we are so close, but oceans apart
An embodiment of my surging grief

I do not wish thee stray, my lord
To cause upon thy death this fate
For you will find a way to go
To Hades river Lethe's gate

I've seen forgetfulness set in
On those who know not what it brings
To quench a thirst, not where they've been
No bell would stir a single thing

By overture of dust, crestfallen
As you dance with death itself

You feel that aura capture you
The same aura you knew

Wherein was your soliloquy
That which I intervened!

In that damp air, deserted frame
Where daylight never felt the same

Grief gave pardon to the bridge between
My soul was the toll, my darkness gleamed

For in the end, bittersweet irony
The memory was mine,
And farewell was the kiss.

A Lasting Mist of Candles Snuffed (with UbiquitousVoid)

Here, our noctambulant kingdom
Wherein disdain girds our lament
As morrow was the first descent
I’d sleep until the dream was dead

As hours passed, onset of pain
Which gave no voice to give me sight
A reason why, a chance to pray

As time grew short, dissonant knell
Our solitude had struck a bell

The constant damp and dark to feign
My lord who first had offered love
A brilliant light, a symphony

Where did all of my powers rush?
For I was youth in its full flush

A drowning will, an ecstasy
Perverse the thrill, malignancy
That clutched the dying heart in me

And venom ushered forth from you
In sanguine love, I lavished you
With vivid funerary hue
This art that has become of you

The evil, clearer still, that bloomed
While echoed chanting filled the room

The deed is done, no turning back
Disrupted shadows fade to black
As one-by-one the candles hiss
In darkness that I never missed

Will e'er the night burn fast away
The gloom that still denies the day?

Beneath the earth I will run deep
I’d pray for Hell, my soul to keep

A cousin also uses this site under the username Heaven_sent_Kathy, so please check out her writing. — Charles Owen Lawson: “All poets, I believe, are scientists in disguise.”
Posted: 22nd February 2019 00:02am
Edited: 25th February 2019 1:31am

Follow me downward
Into my greatest depth
Stumbling madman
It was I, indeed it was

I drove, I lashed out
The world was dark
The people objects
And I could not
Care less

I do now, it scares me
Murder was at hand
The knife was mine
Every breathing soul
Out and about
And yes it was I
Angry and disfigured
Misunderstood

The world was dark
Lights meant nothing
Nor law, raging
Intense eyes shined
I laughed in apathy
The ruins of me
Lay in clear view
My humiliation
A lesson I suppose
My carelessness
A frightful terror
To me now, sober
The world was dark
People only objects
Yes it was I and I
Couldn't have cared less.
Written by anonymouslyhere (Pariah Shadow)
Go To Page


We woke up one morning and fell a little further down - For sure it's the valley of death I open up my wallet And it's full of blood.
Posted: 22nd February 2019 11:42am

Into my dreams
You enter
Merely an onlooker

Twins conjoining
Then leaping
From a great bridge

Lovers embrace atop
A mound of half-deads
Holding on to their
Final waking breath
Awaiting fates hand
To give them to death.


We woke up one morning and fell a little further down - For sure it's the valley of death I open up my wallet And it's full of blood.
Posted: 23rd February 2019 00:05am

The dark lady waits for me
In her cathedral on the sea.
I will come dressed up as Satan.
I will kneel upon one knee.
I will cry a cry like Hamlet
When he first saw Hecuba.
I will bow down at her feet
Betwixt Sodom and Gomorra.
I will find a paradise
In her lovely lotus prism.
I will bring her my self-portraits
And enjoy her masochism.
I will try to hold her smile
As it slips between her thighs.
I will try to wriggle free
When I'm submerged in her green eyes.
I will crumple her all up
As she tries on three dimensions.
She will claw me like a cat
Unloosing all of her contentions.
She will witness my forced laughter
And she'll follow it with tears
That I will catch inside a bottle
That will age for many years—
Yes: I'll catch them like a Pan
Plucking, measure for measure,
Ripe fruits from an orchard
That I'll keep as pirate treasure
In my old dusty cellar
(For that's where I'll pine),
Dreaming cathedrals
And drinking my wine.
Written by SatInUGal (Kumar)
Go To Page