Write a poem about an animal friend you've loved. 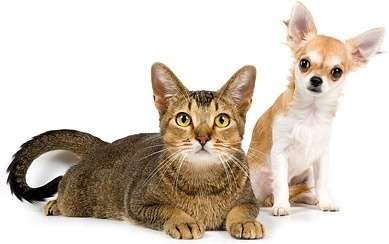 Write a poem about a animal companion you've had.  All styles and all perspectives welcome.  Enter as many times as you wish. 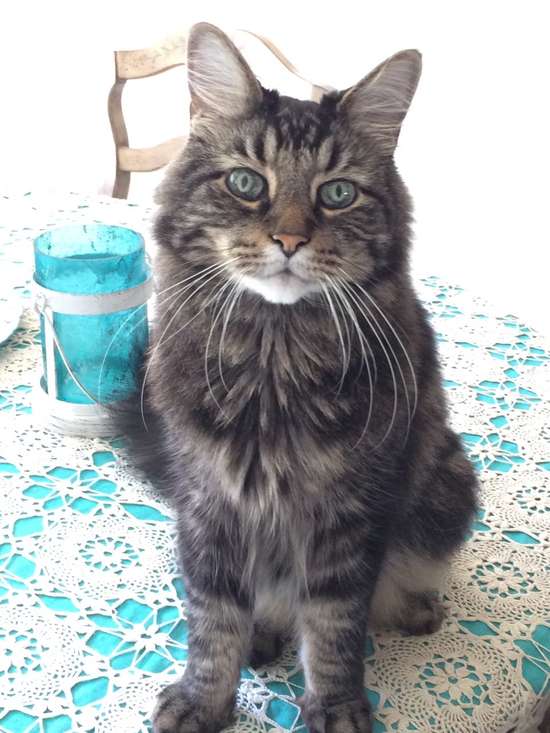 Ah, sweet 16—
yet full of memories, and
knowledge.

Everyone knows
you’re king—alpha cat
itching
for feral instincts
with each blade of grass
under paw.

You fool no one, clingy
Mama’s Boy
who lives life in reverse, becoming
more kitten like
with each passing year. 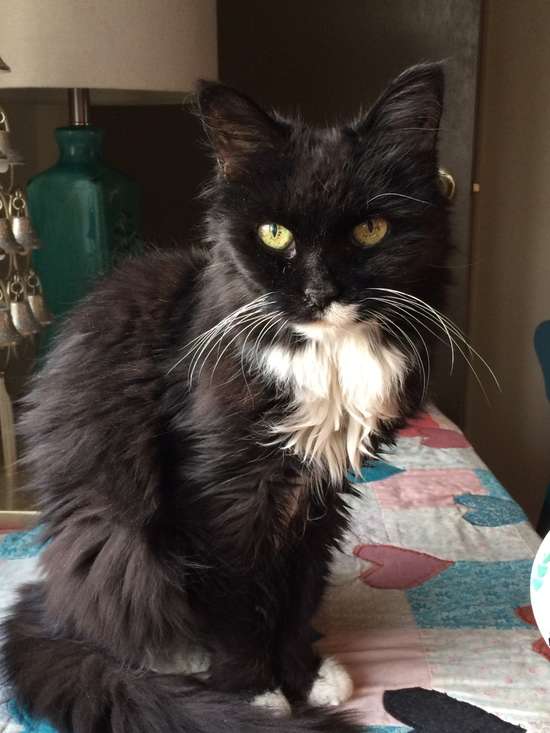 What stories cats tell
when their humans
die
and leave them with only
their names.

I can only guess your age
through ravages
of elderhood, seeping
into muscles and fur—

they said that cats
don’t like water, but
they lied,
my shower companion.

Stay with me
as long as you can. 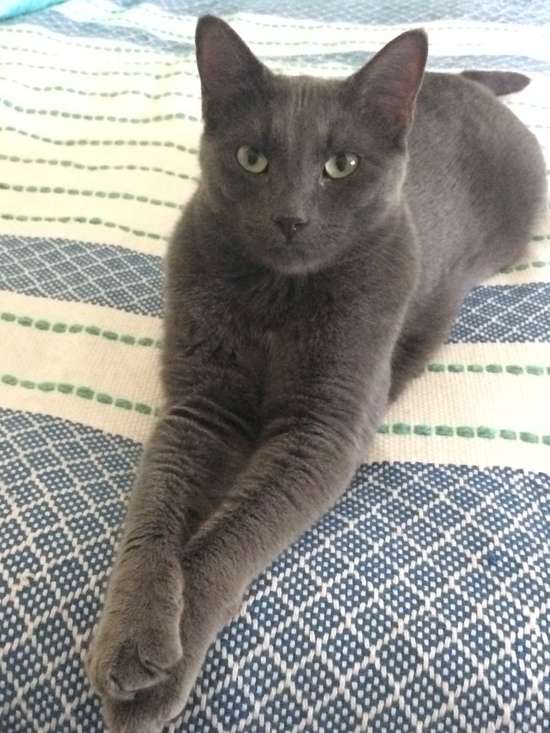 Russian Blue, imbued
with what made
Charles Bronson
formidable—

stares
icy enough to freeze fire,
muscle to survive
the kill-shelter
and cross America to become
my loverboy,
kisses, devotion

--thrilled to be alive. 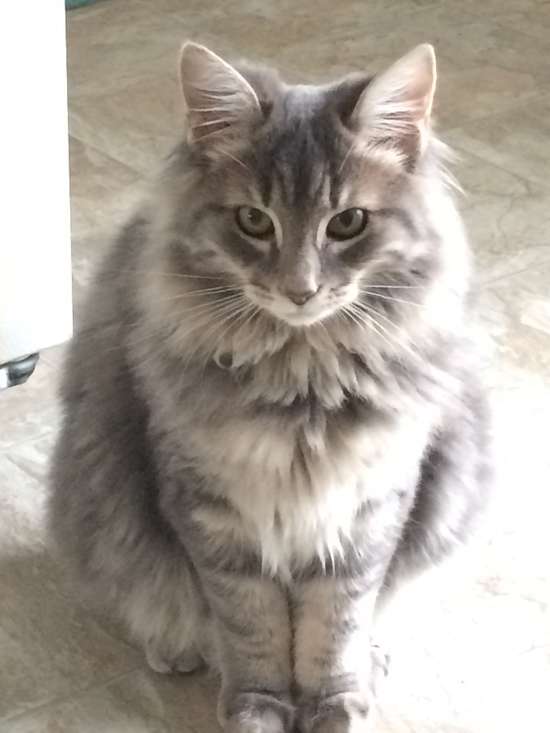 Where to begin—
angel in fur,
pearly swirls
of bullseye tabby;

Fluff muffin, flower
child-spirit hippy kitten;
one of my many gifts
from God.

A Dying Dog - moaned for Death ( for Cooper/after Emily Dickinson )

"She’s living in a Bessie world,”
those of us who lived with her
would always say.

Definitely living in a “Bessie’s world!”

A memory that sticks for me:

Laid out dog food under the patio table
hid within an outdoor shed
pigeons huddled for the biscuits
out of seemingly nowhere
Bessie darts over in hunter-mode
springs into the air where she
knows where the pigeon will
take flight and be!
Mid air pigeon and Bessie meet!
Supplement dog food with meat.

I discovered that morning why i
Kept seeing lots of feathers all
Over the place! 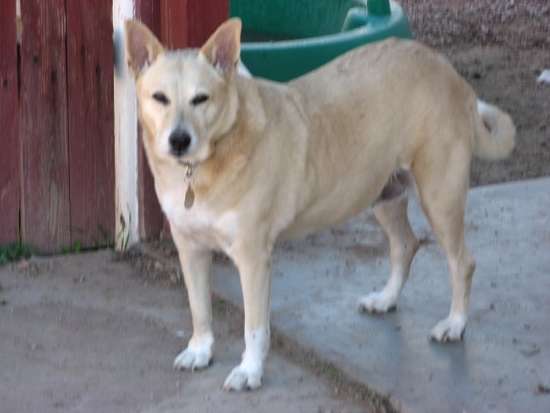 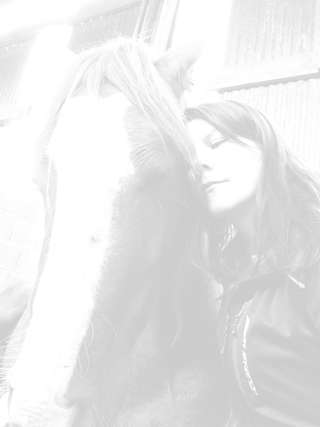 Spot in my heart

Years at the same home,
You spread your unique genetics
To kittens all over the neighborhood

Months later, near midnight
I was walking down the street
Heading back home

Appearing from beneath
A neighbor's porch
You dashed to my side

Was it my voice, or face
You recognized?
I will never know.

But you returned
My friend, Spot
You were home
Written by Tardegrade
Go To Page

An Ode to My Furry Feline Son Bocephus

I swear unto all that I have a cat unlike no other cat out there.
Yes yes yes I know that all cat lovers declare they have one like this too.
But I swear mine is much much different than others or maybe he's not.
Well tell you more about him and why he is a rare uniquely different feline.

For I must begin with how we met.
When I was deployed to Iraq during Desert storms on a dreadful Halloween night in Baghdad I witnessed the birth of a litter of black kittens.
Amongst the litter, there was a runt of the litter which I named Bocephus out of a hubris gesture.
Afterward, that fateful night baby Bocephus would follow me everywhere I went,
And no matter how many times I would take and put him back where he came from he would somehow strangely find his way back to me over and over again.
That was until during a firefight at night time, I had gotten separated from my unit and was unsure where they were, and Bocephus appeared out of nowhere and lead me back to my unit.
And because of his heroism, I was able to take him home back to New York City to his new family.
Over the years Bocephus would be given the adorable nickname of Bobo along with other colorful nicknames.

But why one might be wondering still is my Bobo is uniquely different than any other cat?
Well for starters Bobo does not act not so much like a cat but more like a combination of a human and a dog.
Also, I can randomly tip him over easily and rub his belly without getting mauled.
In addition to that, I can rub his fur vigorously both ways without getting swiped at.
He is also such a cuddle-bug when it comes down to cuddling up and sleeping with him.
Another strange attribute about him is he is very obedient and takes orders seemingly well,
To the considerable standards of a stubbornness cat-like human
Not only that he's been known to do tricks for his cat treats.
And whenever I sing he comes running out and jumps on my lap so that he can admire his dad's singing up close and personal.
He is also a very talkative furbaby who's been known to express his opinions, concerns, and agreeance to anybody and everybody he so chooses.
Not only that, he's very capable of exhibiting his general dislike of certain people who have wronged me or that I do not like myself.
Another good reason is that Bobo has demonstrated more love, compassion, and faithfulness than most any human that I've encountered.

And oh how I love to describe him in detail.
He has the utmost beautiful greenish-copper eyes that I've ever seen,
And they've seen and felt so many things; war, death, love, hatred, compassion, and inhumanity.
He has such silky soft black fur that has strands of silver intertwined within it from aging so purr-fectly.
He has this distinctive deep purr that resonates often from within his furry fluffy body that bring about an unusual calming presence around people who have some sort of disgruntledness about cats, especially black ones.
His has four polydactyl paws are both gentle and dangerous,
His front paws are unintentionally clawless which are used to either grip onto my finger and hold it when he is sleeping or to pick up his food and eat it or to cup his paw in order to drink water from his bowl.
However, his back claws are like razor sharp talons but I've been known to cut through leather and jeans and even kevlar.
He can be quiet and stealthy as a panther ninja but he also can be as noisy as kittens being playful in the middle of the night.
He is very stubborn at times like most seniors are.
There's a particular toy he plays with solely at nighttime,
And when he's playing with it he makes the strangest of sounds that are oddly both adorable and peculiar to listen to.

So when I say that my Bocephus or Bobo is uniquely different and unlike any other cat or cats out there.
Maybe the reason I claim such injudiciously absurdity because I've witnessed his birth, raised him since he was a kitten for 28 years and him and I have been through hell and high water, crazy exes, war, funerals, homelessness and traveling abroad.
Yet I can guarantee with the utmost certainty there are plenty of cat folks out there who are co-owned by a cat which would also declare that their cat or cats are uniquely unlike any other feline furbabies in the world.
Although Bobo is uniquely mine he has chosen me to be his owner and he chose wisely and I am glad he did.
Because without him my Saturday would have been frayed.
And my loneliness would have been even lonelier without him by my side.
He is my forever furry feline companion son to whom I love so much.

A side note:  At the end of writing this poem about him, Bobo came out to give his personal opinion and watched as I finish writing it.
Written by ArcanceOdist (Gunney Recon Jack)
Go To Page

Joined 29th Mar 2018
Forum Posts: 39
I'm having difficulty posting and perhaps you can help. I'm able to choose my piece to post, but from there, I can't post it. Help anyone?