rule one, only one poem
rule two, no prose
rule three, make me guess which movie without saying the movie name outright

We can always do this again, so just think hard and pick just the one. Old or new. No collabs. 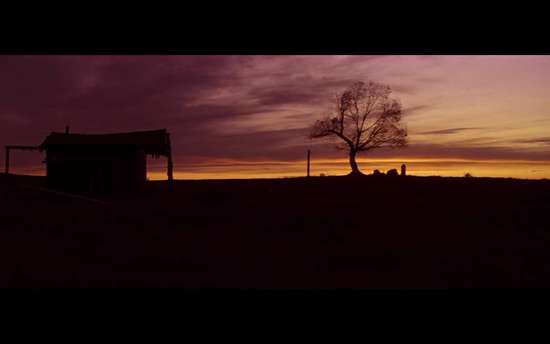 A History of Violence

There’s no forgiveness for an aging outlaw,
Even if he has given up his ways,
For a known thief and murderer,
Redemption can feel like disgrace…

He gave up the drinking and the killing,
He became a farmer and raised a family,
And all because of the love for a woman,
Who taught him in the ways of morality.

But as destiny would have it,
William lost his wife to disease,
And though life became difficult,
He still sought for internal peace.

Then as his farm began to fail,
William heard of an opportunity,
To seek justice get the wrongdoers,
This would give his children security.

William sought out his old friend Ned,
And with a third they went toward
The faraway town of Big Whiskey,
Seeking justice and collect a reward.

But William caught fever during a storm,
He was captured and beaten by the sheriff,
And though he barely escaped, in his delirium-
He saw his dear wife whom he still cherished.

William was nursed back to life,
Because there was a still a job to do,
So William and the youngest partner,
Took revenge and finally came through.

But good old Ned had a change of heart,
He went home distraught and disconcerted,
But he was caught by the local sheriff,
Old Ned was tortured and murdered.

Upon hearing of his old’s friend death,
William slowly turned and began to think,
The old murderous thief had returned,
His fury burned as he took a drink.

Ned’s body was displayed by the saloon,
An example to assassins put up on stage,
And this infuriated William,
Who then went on a murderous rampage…

There’s no forgiveness for an aging outlaw,
Even if he has given up his ways,
For a known thief and murderer,
Redemption can feel like disgrace.

A Child of Rock & Roll
A farm boy from the Wisconsin cold
I didn’t like classical music at all
Till I found myself in Movie Theater
Thinking I was about to see
Another Sci-Fi feature
But there were no
Monsters or Aliens
Instead a troupe of Apes
Screaming and chattering
Till the breaking of the dawn
When one of the creatures
Discovered a bone
Could be used for a tool
Or a weapon of war
When he began breaking bones
The Vienna Philharmonic began
Playing the theme song
I felt my hair stand up on end
Goose bumps rose on my skin
This was more than a Sci-Fi fantasy
Instead, it was intellectual odyssey
From that day I believe science
Does not contradict evolution
For Humanity has, and will continue
To evolve both physically and spiritually
And when I look up into the starry night
I hear ‘Zarathustra’ playback in my mind
I am overwhelmed by the mystery
Of what we do not yet know
And in my wonder, I find spiritual ecstasy
Written by snugglebuck
Go To Page

it was orgasm that preceded
a lifeless body in the snow,
the window unfurling in wings
screaming my thesis
in nightmares

feet were fucked right out of me;
all I held were empty shoes

days blurred through silent moons;
I was a throbbing vertical star
clamped against the sky
in epileptic wounds.

I couldn’t help but mount
the Freudian slip made real—
we ravished roots made bare,
bloody hands upon a frozen whore

those blades of green
were Satan’s church, the ash
woven down into the dirt

a nervous system, a sceptre
pierced through sleeping flesh;
Jesus never felt the weight
of the miller’s wheel

as heavy as God,
and everything after

death was but a mutilation
beating a miscarriage of triunes
until nature reciprocated:
a raven over a black sea

my doctrine splayed
where chaos reigned.
Written by Miss_Sub (- Missy -)
Go To Page

Are accidents ever truly accident
Or does the fickle finger of fate
Celestially force events on us
Does fate have a sense of humour
Does fate understand irony?
Is fate set regardless of our actions
If that's the case then it's clear
Accidents are not accidental

The Irony drips constantly on this one
Picture a Sculptor a skilled artisan
His sculptures, smooth and curvy
He is happy having the perfect life
Then Captain Irony shows up
All the way from Fateland with a
Gift for our talented sculptor
A deliberately caused accident

A make shift court room in the hospital
The man in the iron lung speaks passionately
Of his passion for death rather than dying
After much deliberating the wise old judge
Grants his wish; the sweet release of death
They switch off the machines: Silence!
Just as he drift he does the one thing
He can still do
He smiles
Written by David_Macleod (David Macleod)
Go To Page

The moment he showed up on screen, my heart started racing
His buzz cut, sharp jaw and brilliant green eyes drew me in
Those kissable, plump lips are so tempting
A whirlwind of emotions is hurling within.

Michael Biehns is perfect in his role as Corporal Hicks
Throughout the entire movie, I’d only pay attention to him
Watching him blow up xenos with a shot, then three, then six
His soul always burnt bright, even when the days were dim.

If I were to wake up in the pod next to him
I’d steal glances as he lightly scratched his head
If he’d catch my eye, I’d offer a timid smile to him
And inwardly berate my shyness as I’d feel my face turning red.

If I had to discuss my experience on LV-426
I’d do my best to not waver my voice
All the while I’d be staring at Hicks
And wonder if perhaps coming on this mission was the right choice.

Some time later, we board the drop ship
On the, quoting Hudson: “expressway to hell.”
Pushing back my nausea, I look and see Hicks
Staring back at me as if something rang a bell.

Eventually we land at the deserted colony
I step out into the rain and stare at the buildings
I try not to cry from the situation and the solders’ concealed hostility
Yet out comes a concerned Hicks: “Are you okay?” he asks me.

I nod and quietly answer “yes.”
After investigating the colony, Hudson eventually traces their trackers
The marines investigate the reactor, only to be aggressed
By the camouflaged xenos; Hicks’ safety is the only thing that matters.

We settle back in the colony with only 3 surviving marines
There are only 7 of us left and an android, including a sweet and brave child
After the vicious ambush, only now do the marines believe me
Yet the sight of Hicks taking command and remaining calm makes me smile.

Eventually we’re left alone, and Hicks approaches me
We look at blueprints together until he gives me a key-chain
My expression remains cool, yet my heart is beating rapidly
He notices my awkwardness and jokes: “doesn’t mean that we’re engaged.”

I laugh along with him, yet I think about walking down the church aisle towards him
I quickly brush the thought aside as Hicks shows me how to use a gun
I’m easily distracted by his face as I wonder if I should kiss him on a whim
With him I feel safe, yet I know the real danger has only just begun.

He tells me to get some sleep, and that he’ll keep watch
I try to deny it, but my eyes start drooping
He smiles at me as I look down at my watch
I agree and quickly leave before I’d end up swooning.

I sleep with Newt close to me
I can’t help but picture having a daughter with Hicks
My dreams are peaceful and sweet
I should have known that the momentary respite was a trick.

Hicks saved me from the colonists’ terrible fate
Even as I violently cough, he holds me against his chest
That son-of-a-bitch Burke tried to use Newt and I as bait
Hicks’ anger at him forms a heart within my breast.

Just as he’s about to shoot the S.O.B, the lights shut off
Hudson anxiously asks how animals can cut the power
All the soon, xenos drop down from the ceiling and we begin a violent stand-off
Burke trying to lock us in with the xenos leaves me feeling sour.

Hudson, Vasquez and Gorman are dead
Hicks is badly injured by the xenos’ acid blood
Newt was taken to the nest, and I’m filled with dread
I focus on getting Hicks to the dropship, otherwise I’ll unleash a flood…

Of tears that won’t help anyone
I hurriedly prepare myself to rescue Newt
I arm myself with a flame-thrower and a standard marine gun
I’m terrified of the xenos, but so help me, I’m gonna rescue Newt!

Once the dropship lands, I kneel in front of the corporal and say: “See you, Hicks”.
Through pain-lidden eyes, he replies: “Dwayne; it’s Dwayne.”
A deep connection passes through us and he gives me a kiss
Once we pull away, I breathe out my name.

My heart breaks when I leave him, but I’ve got to save Newt
The girl who could have been mine and Hicks’ daughter
I think of her curl blonde hair, and dimples that make her so cute
I’ve got to rescue her, and help Dwayne heal so that he can become her father.

Thank God, we’re all aboard the Nostromo safely
I sit by Dwayne’s bed and hold his warm hand
I admire the handsome man who had fought so bravely
And managed to protect us, despite being only one man.

He stirs from his anesthesia induced sleep and locks at me
I know that I’m a mess, but a smile forms on my face
Dwayne squeezes my hand and smiles back softly
“I love you,” he says, “and there’s no place I’d rather be, even in space.”

Tears form in my eyes as my heart leaps in joy
“I love you too,” I reply, and kiss him gently
I don’t know what the future holds, but for now I’ll enjoy…
This special moment; if I’d have had other choices, I wouldn’t choose any.
Written by LunasChild8
Go To Page

I wonder after the fact if it's silly to pick runners up with this  number of poets.... but at the same time they earned their prize, for sure.

Joined 27th Dec 2017
Forum Posts: 469
Thank you to our lovely hostess, Ediblewords, for hosting this fun competition and honoring me with the trophy. Congratulations to wallyroo92 and snugglebuck for their runner-up positions. Kudos to everyone else who participated and shared your entertaining entries.

Joined 11th July 2012
Forum Posts: 1077
Congratulations to Snugglebuck on runner up and to Luna for taking the trophy. Thank you to our host for this fun competition.